As the confetti fell, and players embraced following the Los Angeles Lakers 17th NBA Championship. The players and fans alike celebrated in the moment, unable to fully comprehend or anticipate the upcoming war.  Or perhaps they chose to ignore the inevitable. Choosing a comfortable yet temporary state of denial, to avoid dampening the exuberance in the waning minutes following the immortality of being a champion. As John Laurens sings so beautifully in the cultural phenomenon Hamilton, “That’s something they can never take away.”

The future inevitably becomes the present, and it waits for no one. As the Lakers team jeweler began designing what will surely be the gaudiest and most pretentious championship ring to ever adorn an American athlete, a rumbling among basketball fans worldwide was increasing in volume. Millions of voices protesting each other, trying as hard as they could to out-shout their opposition. Facts and fallacies became the weapons of the keyboard warriors storming the battlefields of social media, in a war that has been brewing for months of bubble basketball. Or even years, dating as far back as 2003.

In a year of a presidential election, in a nation more divided politically than ever before, the topic that was tearing apart families, and destroying get-togethers was not one involving elephants and donkeys. It was an argument involving goats. Had LeBron James, fresh off his fourth title, finally surpassed Michael Jordan as the Greatest Of All Time?

The Argument For Michael Jordan

While the defenders of his Airness start every battle cry with “Six Rings!” or “Six for six!”, there are far too many pieces in a puzzle of greatness to think that arranging the border completes the image. Six NBA championships in six tries is an impressive feat and one that should not be overlooked. However, let’s complete this picture with some juicier statistics and achievements.

Michael Jordan has the highest career scoring average in NBA history; 30.1 PPG. In 13 full seasons, he won 10 scoring titles. It’s probably unfair to include his two geriatric years with the Washington Wizards. That would mean that in his 11 full seasons as a member of the Chicago Bulls, the only season he did not lead the entire league in scoring average was his rookie year, when he averaged 28.2 PPG and finished third, despite scoring more points that year than any other player.

His 33.4 PPG playoff scoring average is also the highest ever achieved by an NBA player.

Michael Jordan was a lockdown on the ball defender, who played the passing lanes like a safety, forcing interceptions better than NFL Hall of Famer Ed Reed. He led the league in steals three times, averaging 2.3 steals per game over his career. He made the NBA all-defensive team nine times and was the 1987-88 league Defensive Player of the Year.

Jordan made 14 All-Star games. While the election to these games is purely a fan vote, he was named the MVP three times.

He made the All-NBA team 11 times. This is not a fan vote. It is the selection of the best players in the entire league, regardless of conference.

He won the league's Most Valuable Player award five times and was essentially robbed of it no two other occasions.

In the six finals he appeared in and won, he was the MVP of each one.

The Argument For LeBron James

In arguments about who is the greatest in NBA history, you will likely hear LeBron James referred to as a “stat stuffer.” It’s a backhanded compliment, intended by the user to falsely imply that the accumulation of rebounds and assists is unimportant, even detrimental. While Michael Jordan led the league in scoring every season, he was also leading the league in shot attempts every season to get that scoring average.  One could deem that stuffing, but I am going to take the high road here, as many should when talking LeBron James' statistics.

His career average of 7.4 rebounds per game is better than big men like Vin Baker, Jermaine O’Neal, or his former teammate Zydrunas Ilgauskas who stood 7’3”.

He is 5th all time in career triple doubles, with almost four times as many as Michael Jordan.

These stats lead us to understand that while James was not the pure scorer that Jordan was, he excelled in every area of the game, rather than just one aspect of it. And that versatility has been evident in the way that LeBron plays the defensive end of the floor. He has never truly been the lockdown perimeter defender that Jordan was, nor did he wreak havoc on opposing teams passing lanes in the same fashion. But what he could do better was guard multiple positions.

James has the benefit of being a couple of inches taller and nearly 50 pounds heavier than Jordan, allowing him to guard all five positions. Jordan was never able to guard opposing power forwards like Karl Malone straight up, or opposing centers like Patrick Ewing.  In any given game, one could find LeBron guarding a seven-foot center in the post, and the opposing point guard a few possessions later.

LeBron James was able to play professional basketball straight out of high school. He averaged 20 points per game as a rookie and an age when Michael Jordan barely averaged 10 points per game versus college kids.

And over the course of his career, we have not seen a drop off in his play. It is safe to say that When Michael Jordan played for the Wizards, he was a shell of his former self. LeBron James was arguably the best player in basketball in his 17th season, at the age of 35. And he did not have the benefit of two vacations in the middle of his career.

LeBron James does not have a perfect record in the NBA but he did get there 10 times.  You can't win if you don’t get there, and LeBron gave himself 10 chances to be the champ. Jordan could only get there six times. Jordan also lost three times in the first round of the playoffs and was completely owned in his career versus Larry Bird and the Celtics.

At the end of the day, people will believe what they want. Hand picked statistics and achievements will support those beliefs, but a case can be made for both of these players. Personally, I think it's a very close call, and currently I have both in my top 3. Jordan in second place, and LeBron in third, because the true GOAT is Wilt Chamberlain. But that’s a whole other blog.

Related Content: There's even more debate to be had when it comes to LBJ. For instance, which Championship franchise will go down in history as being the most synonymous with LBJ?

I hope you enjoyed my first blog on Belly Up Sports. Please feel free to reach out with your thoughts and comments. Find future articles by following me @SportsInfinity5 on Twitter and @InfinitySportsPodcast on Instagram. 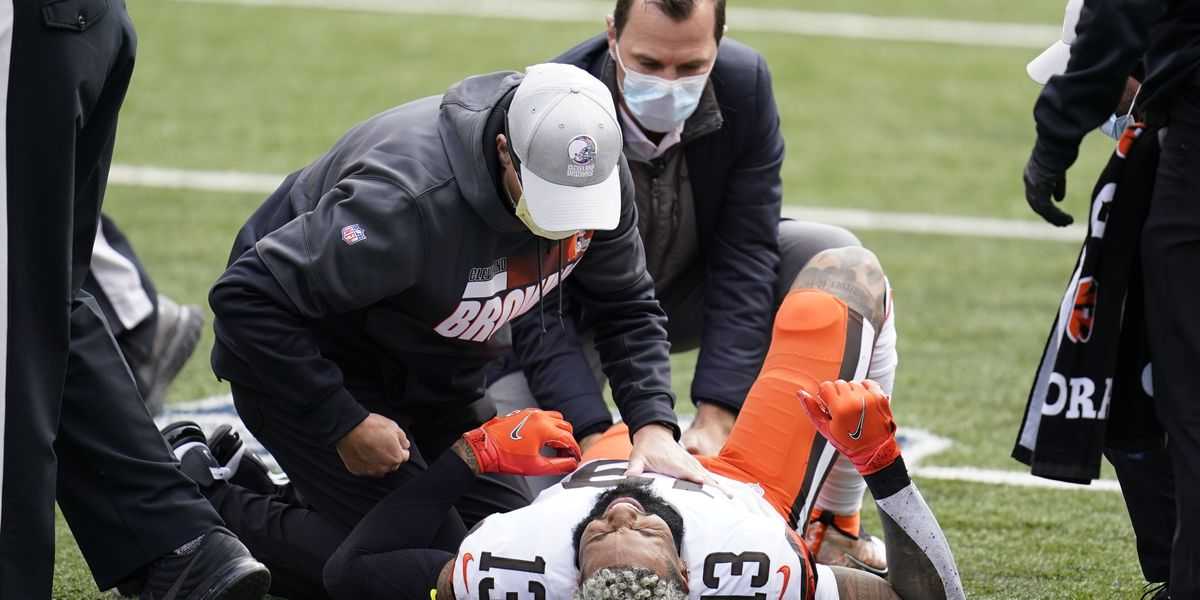