In 2020, we are seeing athletes ask their teams and universities to make a real change in their image across the sports landscape. One easy, simplistic way to begin that change is through language. More specifically, seeing the names we use to refer to schools, mascots, and team names as carrying weight. Changing them may be a tangible step in the right direction. The University of Nevada at Las Vegas, aka UNLV, Rebels are no different.

The UNLV Rebels have been known as such since the school was founded in the late 1950’s. Yes, the Rebels have been runnin’ in a non-Confederate state since nearly a century after the actual “rebels,” well, rebelled. The school went with scarlet and gray which mirrored the confederate gray uniforms and scarlet flag. Beauregard, the first UNLV mascot, was a wolf dressed up in a Confederate soldier’s uniform. The wolf imagery was a dig at the University of Nevada at Reno, and the Confederate uniform was the Rebel way of “breaking away” from the system’s flagship school.

But the symbolism was far from a schism within the silver state. Few outside of Nevada recognized the reference, and to most it came off as a wolf in Confederate sheep’s clothing. Confederate symbols are alive and well in many non-Confederate states, and continue to push the idea of a legacy and history built on both white supremacy and the enslavement of Black people.

As off putting as it is to see a Confederate flag in Ohio, a key state for the Union Army… that Nevada is flaunting the Confederate uniform is making Abraham Lincoln spin in his grave. President Lincoln forced the statehood of the Nevada territory in October of 1864, even though it had a sixth of the required residents, to help his re-election the following November. Nevada joining the Union helped bolster Lincoln’s case and added two Republican Senators to help him pass legislation through the Civil War’s end. Over 150 years later, the largest city in the state is home to a mascot playing off of the opposite imagery.

We have to add that this has come up before. In the 1970s, students argued that the school should stick with the “rebels” theme. Theoretically, the term had taken on a new meaning in the 1960s, and in the 1860s it would have come off as rebelling against northern Nevada.

But even with that argument, the school adopted the Hey Reb mascot in 1983. Hey Reb is supposed to be a westerner, frontiersman, and rebel… But when dressed in scarlet and gray he looks like any other Confederate soldier, from his facial hair to his long coat. His statue stood outside the student center on campus from 1983 until June of 2020, when student protests following the killing of George Floyd made the school evaluate the idea of a statue of a rebel on campus.

But if they are to ditch the mascot and nickname entirely, they’re in luck! The folks at Belly Up are here to help. Please check out the ideas of our writers below, and VOTE or leave a comment describing your favorite

Listen, the biggest crime in what UNLV is doing is they aren’t playing up the idea of Las Vegas. How do you recruit the Southern California, Arizona, or any kids to come to your school and play? YOU SELL THEM ON GOING TO SCHOOL IN LAS VEGAS. To help drive the point home, the UNLV team name and mascot need to be more clearly tied to the city.

Sure, The Flamingos don’t instill fear in opponents. But do some rebels? Like, the losers of the Civil War? The Flamingos are at least  still around. Flamingos come with a set color scheme, a fun bird to play with in uniforms and imagery, and a unique one of a kind mascot costume.

Further, no other school could say their city ties so closely to the pink long necks. The Flamingo is also the longest standing casino and hotel on the Las Vegas Strip. Flamingo Las Vegas (formerly the Fabulous Flamingo and The Flamingo Hilton Las Vegas) sits on land purchased by Charles “Pop” Squires, a Las Vegas Strip real estate mogul, in 1944. It was the first hotel on the strip to have an upscale casino, luxury rooms, and a nightclub. What do we think of when we think “Las Vegas?” Upscale casinos, fancy rooms, and nightclubs.

The casino and luxury attracted famous mobster Bugsy Siegel. Siegel began to get involved in the funding of the hotel in 1945, and began building secret thoroughfares within the hotel for him to enter and exit at a moment’s notice without anyone knowing. Siegel demanded high prices and wanted a hotel and casino that was only available to the elite. After running into trouble with a floundering high-end luxury hotel in the desert, Siegel was shot and killed in the Beverly Hills, nearly four hours away. Maybe he should’ve stayed in Vegas. The ownership that followed him made The Flamingo a more affordable stay, and has it has been a staple ever since.

I don’t hate the Rebel name, or the color scheme, but I hate the logo. I think it just looks dumb. Other than the red and black, which is fire, I think a complete re-work is for the best. What does Las Vegas have? Gambling, strippers, drugs, mobsters, and… an Air Force Base? Yes, Nellis Air Force Base is a quick 23 minute drive from the Las Vegas Strip. And Fallout: New Vegas fans will know it well. But I digress, there is more of a reason than just Nellis.

The Wild West is known as a lawless area, settled by lawmakers and outlaws alike. Nevada, however, like most of the American southwest, was added to the Union after the Mexican-American war. Attempting to pay homage to the history of the region and how it came into America, the Colonels would do both, while reminding fans of the previously mentioned Nellis AFB.

Ok, so we have the mascot down, now we just need a new, completely original logo. By bringing up imagery of lawmakers such as Wyatt Earp, and Doc Holliday while retaining the name of the man who built up the city, Howard Hughes, I give you Colonel Hughes, a completely original design by yours truly with absolutely no inspiration from any other school.

Despite Parker’s wonderful write-up, I cannot fathom why this team is named the Runnin’ Rebels. Or remember that they exist. That’s why I decided to pitch the 80’s Peaks. I know this is a little unconventional for a sports program name, but hear me out. To me, the name encapsulates the program and city perfectly.

Think of someone you haven’t heard from since the 80’s. They’re probably playing nightly shows somewhere in Vegas as we speak. The men’s basketball program won a title right on the tail end of the 80’s after a few solid seasons. Since? Haven’t heard much. What kind of logo would this lead to? Why, mountain peaks, of course. I know there aren’t really many mountains out there in the desert, but boy, there sure is a ton of snow. That’s why most people go to Vegas in the first place, if we’re being honest like Anderson.Paak in Bubblin.

What will we do to replace Hey Reb as the mascot? I feel like there are a few different avenues here, but personally, I vote for an actor who definitely peaked in the 80’s. He helped get a lot of that snow out to the desert, too. I think these changes best highlight, no, celebrate the absolute best Las Vegas has to offer. Vague, hazy memories of four decades ago, and the idea that those memories were better than they ever actually were. Maybe Boomers will flood their fan page on Facebook with their shitty comics instead of my wall, too, while they reminisce about Barry Manilow and Carrot Top. Sounds like a whole lot more wins than any program at UNLV will ever see.

Look, I watched the Behind the Mask special on Hulu (highly recommend), in which Hey Reb was featured, and could not get over how dumb his name was. I understand the Rebels had SOME sort of emotional value for the student body (how I am not sure since it’s wildly inappropriate), but they couldn’t think of ANYTHING better to rename him? Pistol Pete at Oklahoma State is also a dumb mascot, but I’ll focus on Hey Reb. I have chosen the Mountain Goats because of my experience with the hit television masterpiece, Blue Mountain State.

Let’s get real, we hear University of Las Vegas and we are like, “hmm, spring break isn’t far.” I did a lot of Googling to try to figure out WHERE Blue Mountain State was set to take place, and all I got was “freshmen take on Midwestern college football.” I am going to stretch the definition of the Midwest for these purposes. When you think of Las Vegas, what do you think of? Gambling, binge drinking, sex, etc. (maybe some people go for a wholesome experience, I won’t count them out). Maybe some people go to Blue Mountain State for a wholesome experience too, but that’s not what the show says. If the Goathouse taught us anything, it’s that alcohol and poor decisions fuel that community. Meaning, Mountain Goats is the only obvious choice. 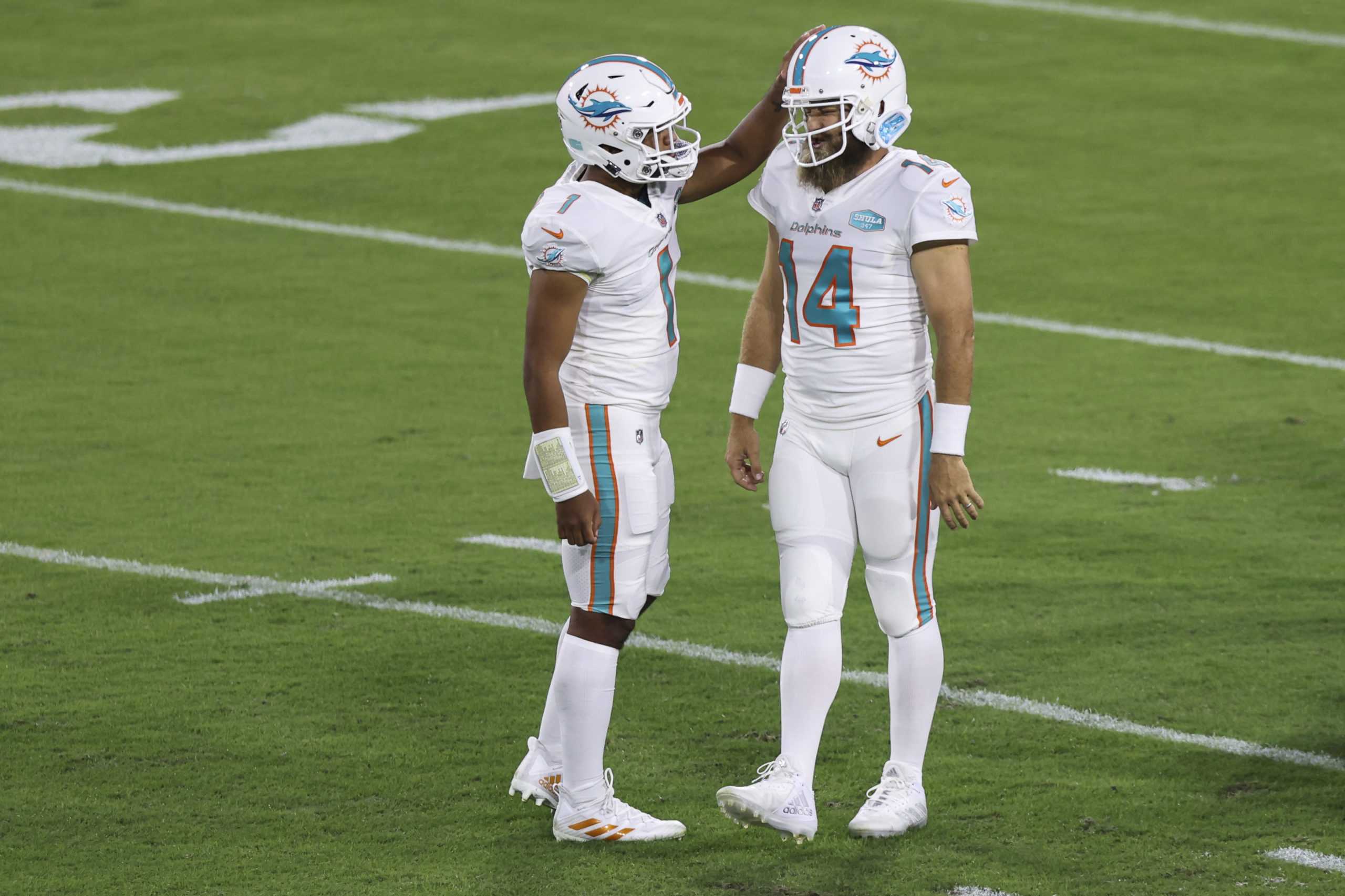 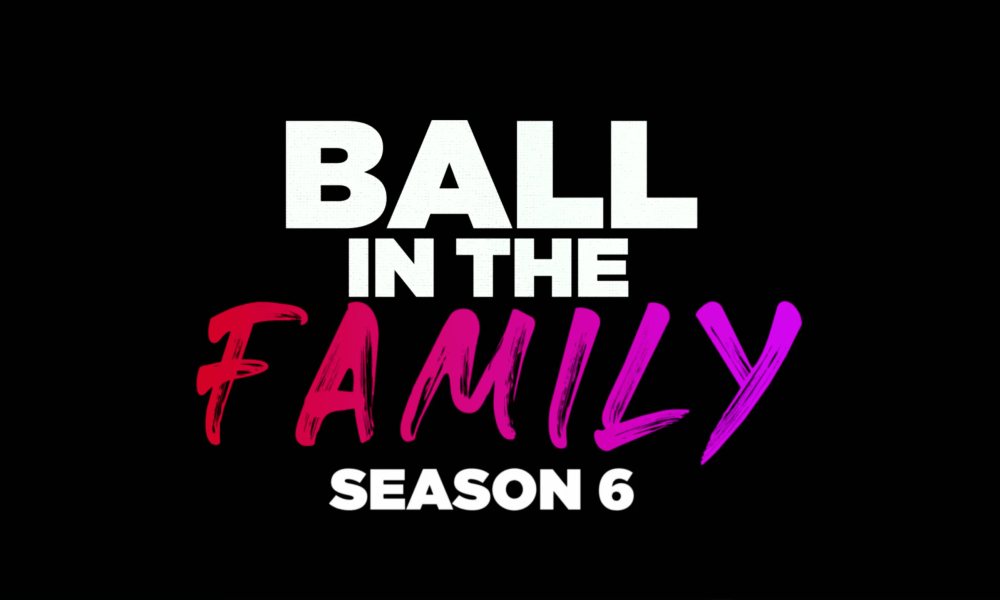 Ball in The Family: Our Inside Look at an NBA Top Pick