With the sixth pick in the 2020 NFL Draft, the San Diego… Los Angeles Chargers select Justin Herbert. Quarterback from the University of Oregon. A mixed reaction from the NFL universe filled the air that night way back in late April when the Bolts committed to their quarterback of the future. This same draft class also saw a few fellow signal-callers find new homes. Joe Burrow is in Cincinnati, Jalen Hurts is in Philly, Tua Tagovailoa is in Miami, and Jordan Love even found a home in Green Bay. But none are living as luxurious as Justin Herbert.

Many were skeptical that “Herb” would be a bust due to the lack of individual awards or eye-popping numbers at Oregon. Even though he may not have the college resume of Burrow or Tagovailoa, what Justin Herbert did have was a very long and consistent career out in the PAC-12. But is this 6’6″ 240-pound tank of a quarterback the future of LA Charger football?

Coming out of high school, there wasn’t a lot of love for Justin Herbert. ESPN had him listed as a three-star prospect and the 26th ranked QB-PP in the class. Other than Oregon, Herbert only had offers from Montana State, Northern Arizona, and Portland State. Was it the hometown connection in Eugene, Oregon, and Herb wanted to stay close to mom and pop? Or was he infatuated by the endless jersey combinations the Ducks wear for games? Regardless, once on campus the potential was obvious and he found himself as the backup QB his freshman year.

“Herbie” played in 43 games throughout his collegiate career and racked up numbers to the tune of a 64 percent completion rate, 10,541 passing yards, 95 touchdowns to 23 interceptions, posted a career passer rating of 153.1, and went 2-1 in bowl games for the Ducks. The only knock I had against Justin Herbert coming out of college was his decision making. He just seemed to force throws when not necessary but decision making will improve with NFL level experience and coaching.

Justin Herbert saw his first NFL start in week two this year. Unfortunately, it came at the hands of starting quarterback Tyrod Taylor suffering a punctured lung by a team doctor. You never wanna see anyone lose their job because of an injury. Especially one that was as freak of an accident as his. I hope Taylor makes a full recovery and makes his way back into a starting role somewhere down the line. But in the way that Justin Herbert has started his career, I don’t see him taking the starting job back in L.A. any time soon.

In just four career starts Herb’s numbers have him in the race for the Offensive Rookie of the Year award. A 69 percent completion rate while throwing for 9 touchdowns, 3 picks, and a 107.1 passer rating will get some people talking. Add in another 55 rushing yards and a TD with his legs and you might see what has Chargers fans buzzing. This dude is a gamer and has provided an offensive spark for the Bolts. Herbert has left it all on the field every time he steps out there. The elusive first career win is the only thing keeping the lid on the Herbie hype train. Once the wins start coming in, the ceiling for what he can accomplish is sky-high.

So What’s the Scoop?

The Los Angeles Chargers have a breath of fresh air at QB for the first time since 2006 when Philip Rivers took over. After 13 long years of watching Rivers lob side arm ducks into tight coverage, it’s time to start fresh. Yes, Rivers may have every Chargers passing record there is to have. Rivers also might be the best player to never win a damn thing. Justin Herbert has franchise player potential for sure. It’s up to the Chargers’ front office to get the right people around him and their training staff to keep him healthy. The latter may be more challenging as the Chargers seem to constantly have enough players on the IR to start another team with.

Four games are normally never enough to gauge how good someone will be for their entire career. But how long did it take to realize Patrick Mahomes was the real deal? Thankfully, the comparison to recently benched QB Mitchell Trubisky has already been put to bed. I never thought that was a fair comparison anyway, but what do I know? I’m ready to throw Justin Herbert in the next great quarterback era in the NFL. He and Patty Mahomes are gonna have plenty of shootouts in the wild AFC West for years to come. Could this be the next “Brady vs Manning” style rivalry? Absolutely. My Justin Herbert jersey will be on its way very soon. I just gotta decide on which color. Maybe it’ll be whichever jersey he gets his first dub in.

How do you feel about Justin Herbert’s future in Los Angeles? Is this the guy who will bring the Chargers their first-ever Super Bowl trophy? Let me know your thoughts on Twitter. Looking for a new perspective on your favorite sports? Check out the rest of the Belly Up team. 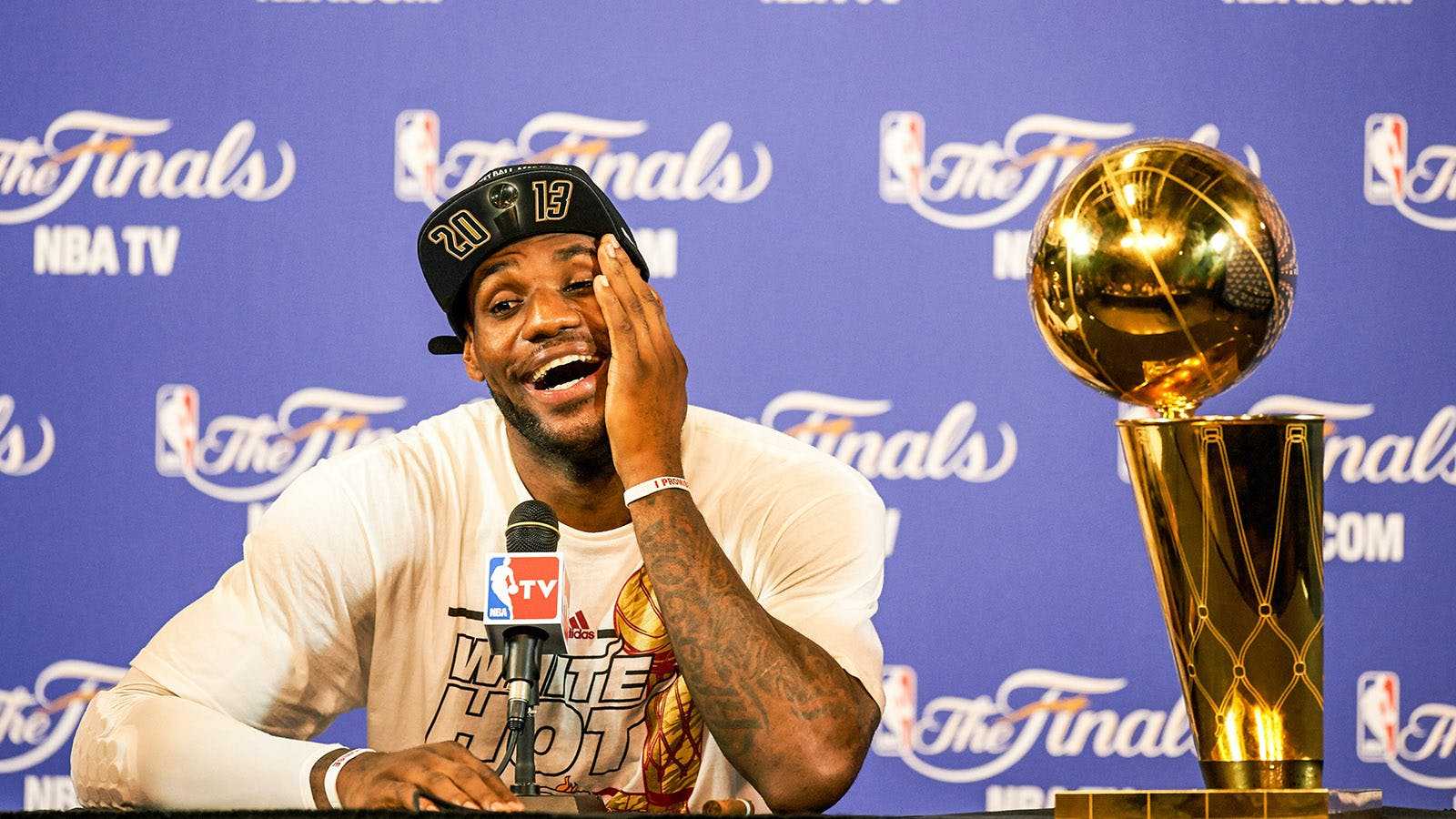 LeBron’s Championships: Which Franchise Will He Be Remembered With Most? 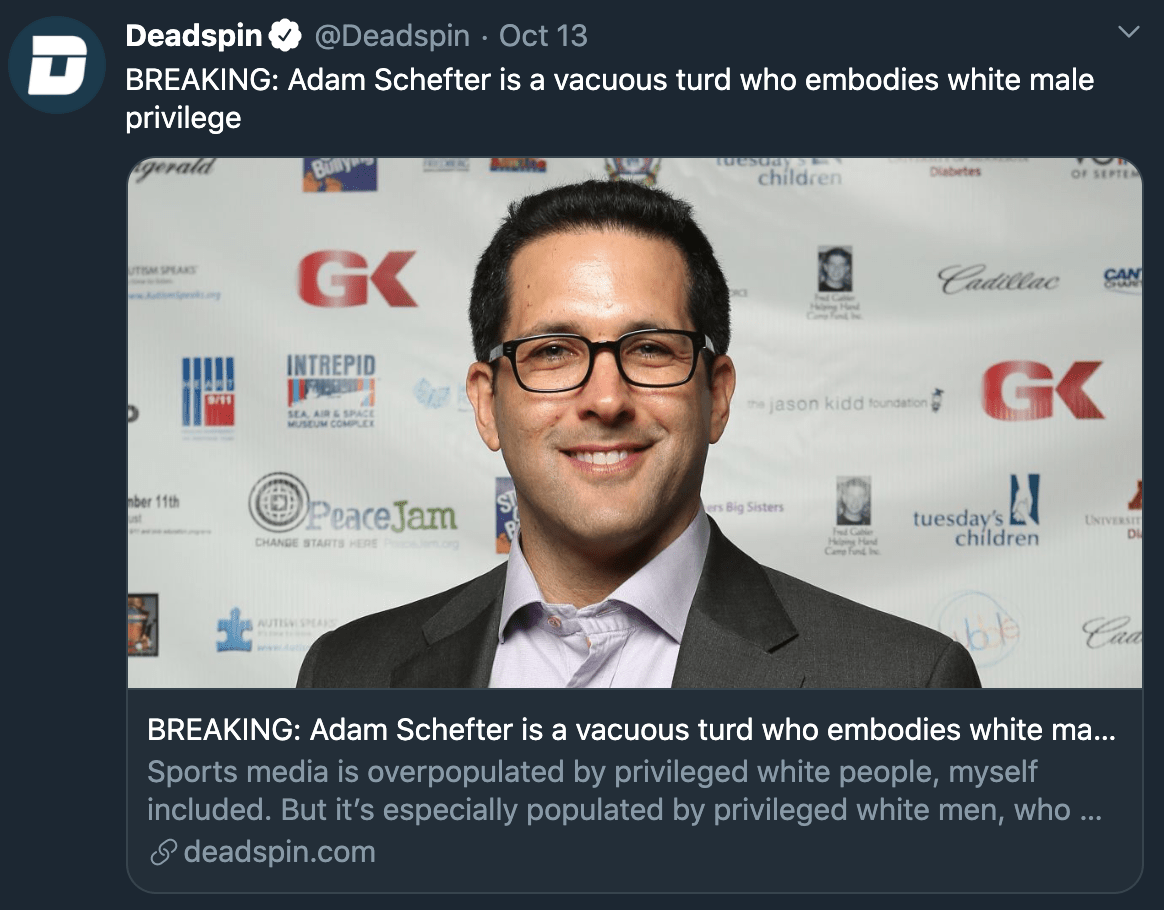 Calm Down Deadspin, Schefter is not a “Vacuous Turd”