We find ourselves at the halfway point of what’s been an interesting NFL season. Award races are starting to form across the league and fans are about to start making their cases for their favorite players. The door is still wide open for players to do their talking on the field and bring home some hardware. A new wave of young talent is putting the league on notice. Could this be the year someone other than a quarterback takes home the MVP award?

NFL Defensive Rookie of the Year

This one I think might be the first award to be a no-brainer this season. Just off of eye test alone, Winfield seems to have a knack for being around the ball. A game saving pass breakup in the end zone last week against the Giants put him further in the lead. Being on the field for at  least 94 percent of plays every game shows the rookie was thrown to the wolves and is flourishing. He currently is sporting a stat line highlighted by 44 tackles, 2 sacks, 1 interception and 1 forced fumble.

The second overall pick started the season strong with two and a half sacks in his first two games. But has yet to record a sack since then. He has been spotted in opposing backfields gaining five TFL, yet he can’t seem to get to the quarterback in time. Could it be due to a lingering injury or is his gas tank just not up to speed quite yet? Regardless, Chase Young still could gain some ground on Winfield to compete for DROY. But Young is going to need to stay healthy and drop some quarterbacks for that to happen.

For whatever reason this rookie doesn’t seem to have the attention as the other two named above. The Chicago Bears have one of the more solid defenses in the league. Opposing teams have to throw the ball somewhere, right? Teams often tend to go after rookie DBs trying to welcome them to the big show. It didn’t take long for Johnson to show that he isn’t an easy match-up for anybody. While being on the field for virtually all of Chicago’s defensive plays, he has been targeted 50 times. While yet to record an interception he has only allowed a 50 percent completion rate to opposing quarterbacks.

NFL Offensive Rookie of the Year

Heisman winner, national champion, first overall pick, and as of right now the leader in the OROY race. The team record may not show it at just 2-5-1. But the with 2,272 passing yards and 11 touchdowns on a 67 percent completion rate has him already in the driver’s seat in Cincinnati for years to come. These numbers all come while seemingly running for his life behind a porous offensive line. Burrow has been sacked 28 times in 8 games. If he can ever find time to get his feet under him he can make magic happen.

The other franchise quarterback to come out of the 2020 NFL Draft plays on the other side of the country. Their home stadiums may be miles apart but their potential and this award race may not be. Herbert is having a hell of a rookie campaign with 1,820 passing yards, 15 touchdowns, and a completion rate of 67.4 percent while playing in two less games then Burrow. Luckily for “Herbie” his team gives him a better chance to stay on his feet only being sacked 12 times in 6 games. But with the Chargers finding ways to lose games every week his team’s record sits at 2-5. There is a lot of hype behind both of these men. If they both wind up with similar stat lines and team records we could be in for Co-OROY. It’s not unheard of. Remember when Peyton Manning and Steve McNair were Co-MVPs?

NFL Defensive Player of the Year

What’s one of the key points to any defense? Pressure on the quarterback. Myles Garrett himself is an absolute game wrecker. He has a share of the NFL lead in sacks and forced fumbles with nine and four respectively. Every snap, the opposing quarterback knows he has little time before number 95 will be in his face. Cleveland is having a rather successful season for the first time in a long time and Garrett is a major part of that.

As mentioned above the Bears have one of the league’s top defenses. In his third season, Smith is putting his name on the map and hopes to be Chicago’s first defensive player of the year since Hall of Famer Brian Urlacher. He plays every snap and can do anything asked of him whether it be stop the run, drop into coverage, or occasionally rush the passer. Smith is tied for fifth in the league in tackles with 71 and third in the league in TFL with 10. If Smith starts adding up some sacks in the back half of the season he will really start to make some noise.

The Chicago Bears play good defense, you say? We’ve heard Jaylon Johnson is the young guy defending receivers. There’s also Roquan Smith manning the middle of the defense. Khalil Mack is the guy who sets up shop in opposing backfields. He is tied for fifth in the league in TFL with nine and tied for fourth in sacks with six and a half. The 2016 NFL DPOY finds himself in prime position to bring home the award once again. If Chicago can find some offense this will be the last team you wanna see in the playoffs.

The two time DPOY winner is in the thick of the race to win the award a third time. Arguably the best player in the league, he demands a double team every play. Yet he still shares the league lead in sacks with nine of them. Not to mention being tied for eighth in TFL with seven and third in forced fumbles with three. Offensive coordinators, linemen, and quarterbacks have nightmares leading up to playing against this guy. Can you blame them?

NFL Offensive Player of the Year

How good has Dalvin Cook been this year? He leads the league with 11 touchdowns (10 rushing and 1 receiving), second in the league with 652 rushing yards, fifth in the league with 122 carries, and averages 5.3 yards per carry. All of that while missing two games due to injury. He returned last week to put up an eye popping 163 yards and 4 touchdowns and disposed of the rivals from Green Bay. Unfortunately, the Vikings are 2-5 and that could hurt his chances. If Cook can stay healthy and keeps up this pace he could greatly improve his odds regardless of his team’s record.

“King Henry” as many called him after his 212 yard game against the Texans might be the hardest man to tackle in the NFL. A 250 pound tank at running back, opposing defenses have no choice but to stack the box and leave their DBs on an island. A big reason why the Titans are sitting pretty at 5-2 is because the effect Henry has just by being on the field. Add in a league leading 775 rushing yards with 8 touchdowns, tied for second, and that crown just might fit. Highlight all of that with the crown jewels of a league best 94 yard touchdown run and a manhandling of Josh Norman. My wonder is if Henry can put up another 200+ yard outing, or two for that matter, he could end up in the mix for NFL MVP.

In just his second year in the league, D.K. Metcalf is starting to work his way into the top receiver conversation. Being paired alongside Tyler Lockett and with Russell Wilson throwing the ball his life couldn’t get any easier.  “Baby Bron” makes it look unfair when he’s in the zone with a stat line of 680 receiving yards (fourth in the league)  and 7 touchdowns (tied for first) on only 36 catches. That’s an insane 18.9 yards per catch and almost a 20 percent catch/touchdown ratio. Seattle is playing must see football this season and Metcalf is a big reason for it.

Russell Wilson has had the Seahawks offense firing on all cylinders since week one. Sitting at 6-1, Seattle fans have little to worry about and are ready for another postseason run. With a much less than stellar defense to rely on these days, Russ has taken matters into his own hands. He leads the NFL with 26 passing touchdowns and a 120.8 passer rating while sitting at third with a 75.1 percent completion rate and sixth in passing yards with 2,151. Tyler Lockett and D.K. Metcalf are the best receiving duo in the league and Wilson does his best to spread the love between them and the rest of his guys.

The defending super bowl champion and 2018 NFL MVP can not be left out of this race until proven otherwise. His stat line of 2,315 passing yards, 21 touchdowns, and a 115 passer rating is all good for second best in the NFL. Other than his completion rate being 66.9 percent, he is neck and neck with Russ Wilson. Mahomes is a guy that it’s almost weird if he isn’t close to having a 400 yard 4 touchdown game every single week. Having no shortage of weapons like Tyreek Hill or Travis Kelce, an offense perfect for him, and an arm from another world, Patty will be in this conversation for years to come.The MVP award comes down to results. If the stat lines from Mahomes and Wilson are similar it will come down to team record. Mahomes plays in a much easier division and a 14-2 record is almost expected at this point.

If there’s someone you feel can win an award that I missed, feel free to let me know on Twitter. If you’re tired of your same old news outlet, come check out the rest of the Belly Up gang. There’s even a fantasy sports team to help you win your leagues. 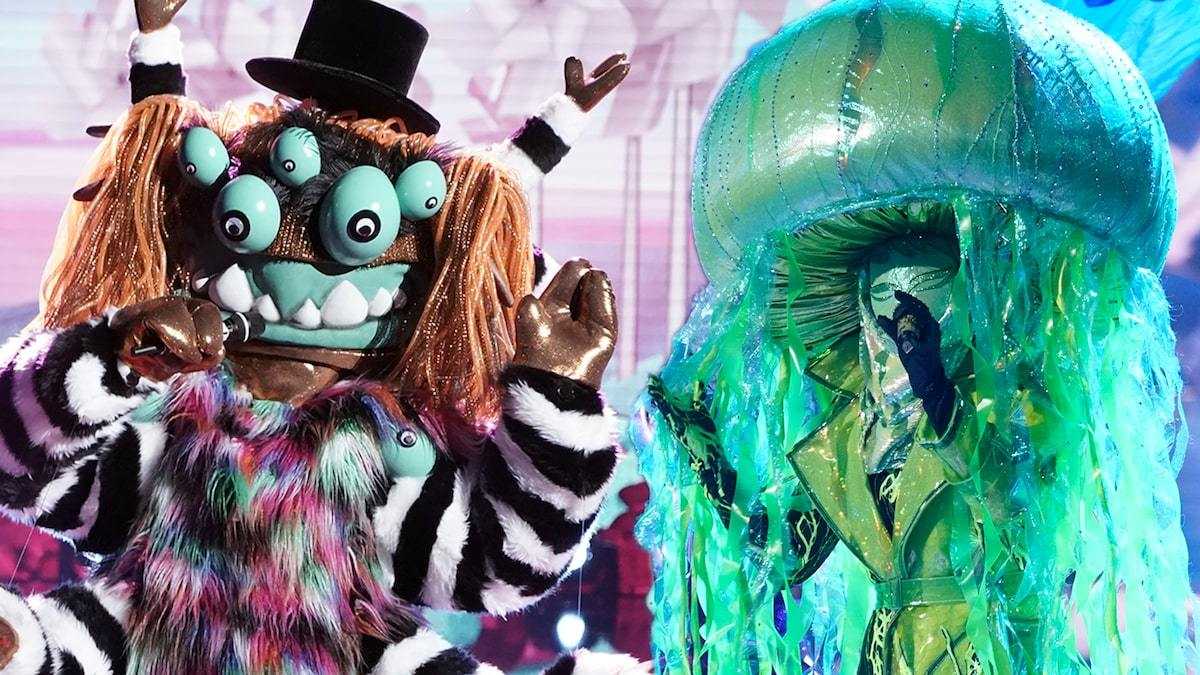 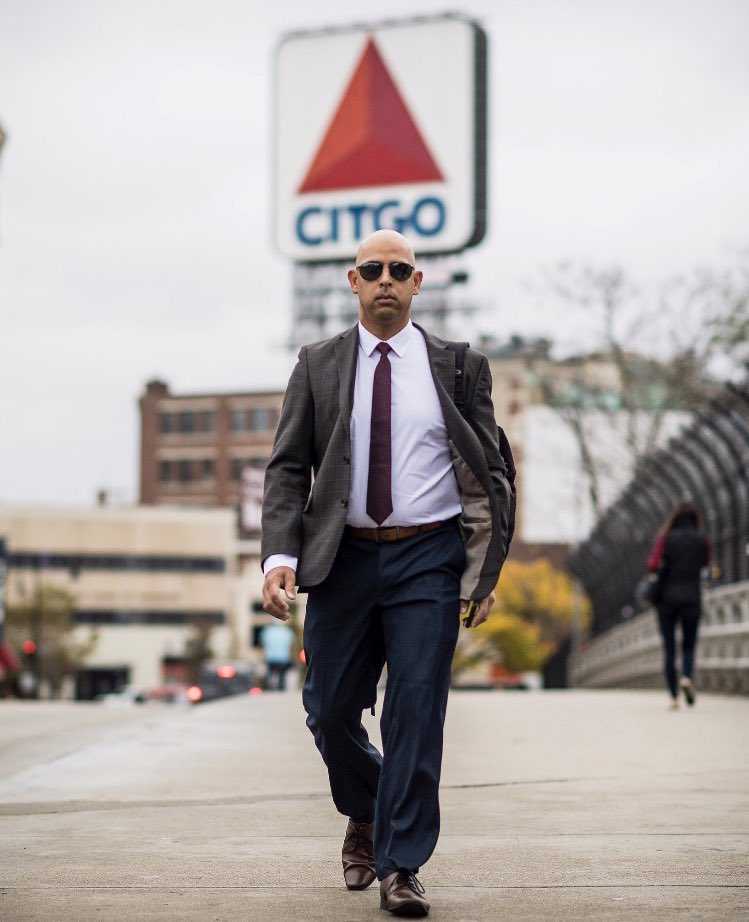 That’s My Manager: Alex Cora is Back for the Red Sox