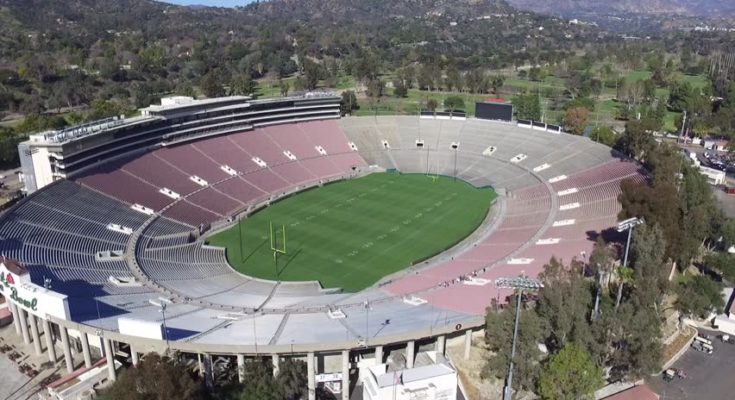 Welcome back to your one-stop guide to the 2020 college football bowl season. We will discuss the best of the rest of the glorified exhibition season. We will also dig into college football’s main event. The four-team playoff is all of a sudden drawing major criticism after only seven years of existence. There are some additional cancellations as COVID issues caused many teams to opt-out of their bowl bids and teams with winning records are out, while teams with losing records are in. We’re just making things up as we go now to make sure the sponsors get their return investment. Here is the updated list of bowl cancellations this year.

We are starting to see the bowl season fall apart as more and more teams are opting out of their bowl bids. Citing safety reasons and COVID issues, teams are saying “thanks, but no thanks.” This is exposing college football’s postseason for what it really is, a money grab for the NCAA. I’m as guilty as anyone during this football over-saturation season. I would watch Appalachian State versus North Texas on a Mid-December Monday afternoon if it was on TV any year. However, with the latest trend of players opting out of bowl games that don’t matter and teams turning down their bowl bid, the future of college football bowl season is in jeopardy. So here are all of the fallen sponsors so far this bowl season.

The Duke’s Mayo Bowl will not disappoint. This game has 3-3 Wisconsin playing a 4-4 Wake Forest team. Okay, the football will absolutely be underwhelming with two .500 football teams knocking each other silly in the name of mayonnaise. The commercials will be a different story. I can only assume it was a heated battle for naming rights against Miracle Whip. Duke’s Mayo comes away with the huge upset to get this sought after condiment bowl game. I, for one, can’t wait to see how they pull off this ad campaign. Get your sandwiches ready for December 30th at Noon. How do you mayo?

We have a ranked match-up between #21 Oklahoma State and #18 Miami on December 29th in the Cheez-It Bowl. I am reminding you that the serving size is a whopping 27 crackers. Cheez-It gives you comfort in knowing that you only had three servings during the first quarter and the box is considerably lighter than when you started. Be careful not to stare at these terrible defenses too long as you blindly shove your face full of those delicious cheese baked crackers.

The Chick-fil-A Peach Bowl is probably the most interesting game in football terms, not including the playoff games. This game gives playoff snub #8 Cincinnati the chance to prove to all the doubters that they should be in the final four. They face-off against #9 Georgia in one of the New Year’s Six bowl games. They play on New Year’s Day at Noon, which is far too early for some of you. Here’s what you do. Roll out of bed and immediately chug the Pedialyte that you prepared the night before. Get yourself to the nearest Chick-fil-A and get one of those delicious juicy chicken sandwiches that they pump out of there every day, except Sunday. Sit on the couch and don’t move for three hours and watch the Bearcats try and pull off the upset.

This year is as controversial as it’s been since the BCS days. Remember when only two teams had the chance? The cry for an eight-team playoff is as loud as it’s ever been. It’s clearer than ever that the CFP committee is sticking with their money makers just as long as the justification is reasonable. Who doesn’t want to see Coastal Carolina get completely waxed by Alabama in the first round? We won’t get that wish for at least a couple of years as they contemplate the future of the playoffs.

For now, you can enjoy another Notre Dame let down in the Rose Bowl that will not be played at the actual Rose Bowl. Instead it will be played in Texas. That only makes sense in 2020. You’ll also get a rematch of the classic OSU/Clemson game from just one year ago. As long as you are up and conscious by 4 pm this New Year’s Day, you won’t miss a thing. Although, I have a feeling that New Year’s Eve 2020 might hit extra hard for most of you. Cheers!

Be sure to check out Part One of college football bowl season for the first week of games. Also follow Belly Up Sports for great coverage on all things sports. Check out @jaybrink4 for more on football and golf.

View all posts by Josh Heidebrink →