Welcome back. Another weekend of College Football has come and gone. This weekend, however, meant a little more. This weekend was conference championship weekend. Meaning, after the champs were crowned, the four teams advancing to the playoff would be announced. On Sunday, we got our final four. Alabama, Clemson, Ohio State, and Notre Dame are playoff-bound. While Texas A&M, Coastal Carolina, and Cincy are left on the side. This is College Football Monday Madness: the Final Four.

Dan Mullen and crew were bold in calling out the tide before the game. History does not bode well for those that poke the giant and that history continued on Saturday. Florida’s offense was as expected. Saban was correct in saying that the Florida offense was a hard matchup for his defense. Alabama sold out to stop Pitts, and in that they were pretty successful. Toney on the other hand, got lose.

As close as the score was, the game was never really in jeopardy for the tide. From the first play, something was painfully apparent. There was no way that the Florida defensive front could match up with Alabama’s offensive line. The Florida front is built around the pass rush, or at least that’s what it looks like. When the Crimson Tide’s line got to fire forward out of their stance, it was just a bully fest at that point. The Florida pass rush is legit. They have some playmakers on the backend, but their front was no match for the physical Alabama front, as well as Najee Harris coming through the line.

Najee was phenomenal as well Saturday. Najee would easily make the list of players that benefited the most from coming back their senior seasons. He has made himself a lot of money as far as the draft is concerned. Smitty, well he is Smitty. He is the best receiver in the nation. When a top five receiver and teammate Jaylen Waddle went down, Smith’s numbers only increased. It didn’t matter who you put on him, Smith ate them up and spit them out all the same.

The Terminator Is Here

Bad news College fans. Will Anderson, freshman Linebacker at Alabama, has figured it out. I did a video on him way back in September and predicted future stardom for Anderson. He had a ton of quarterback hurries to start the season, but didn’t get his first sack until the eighth game of the season. Now, he leads the SEC in sacks with seven. Teammate Christopher Allen has six. Watch for a big game from those two against a Notre Dame offensive line that gave up six sacks against Clemson.

When Notre Dame beat Clemson the first time, I was shocked. Sure, the Tigers may not have had Lawrence, but their backup had a sensational game in a losing effort. This time around, there was no mistake. The tigers easily handled the Irish in their second outing.

Perhaps no player redeemed themselves quite like Travis Etienne in this game. He was incredible, posting a hundred-plus yards. In their first match, Etienne had an uncharacteristically bad game. That wouldn’t last as he snapped back into old form, running the Tigers into the final four.

There was nothing incredibly surprising from Clemson in this game. Solid defensive front play, solid running back play, and Lawrence was Lawrence. Notre Dame, on the other hand, well there may be some worry there. The Irish didn’t even appear to be a close match for the Tigers. Ian Book had a pedestrian game, he is the real deal but there was not enough after him. I worry that the Irish lack the firepower to keep the game against Alabama close. They gave up six sacks, and they don’t have the weapons that Florida has. They are a disciplined team, but they have to work a lot out.

Big Ten Is a Big Wow

The Big Ten was a mess this year. Ohio State got into the playoff. They are a great team, but how can I reward the Buckeyes for their lack of production throughout the season. Only playing in six games, it seems unfair that a team can play a terrible schedule, not play a large portion of it, get the rules changed in their favor, and still be chosen over teams that played real schedules.

The mess at the Big Ten started from the beginning of the season. To willingly and bend and re-write the rules for Ohio State screams one thing; the Committee was trying to get the four teams that had the deepest pockets that were in contention. They wanted teams that would generate more money for all the money that has been lost this year.

Now Ohio State fans, I hear your argument and I’m not mad at it. COVID is something we can’t control and any game that you did suit up for, you handled your business. But the fact still remains that you didn’t play a schedule that had many good teams. In fact, the Big Ten may have been the worst conference in football. Michigan, Michigan State, Nebraska, and Penn State all seemed to be in a competition of ineptitude.

I’m not mad at Ohio State making it, in the sense of I believe that they would beat Texas A&M. I believe they would also route Coastal Carolina and Cincinnati. It is the principal of the matter, and that principal seems to have chosen profit over meritocracy.

So now that the final four have been announced, let’s have some fun with the teams. If you disagree with the committees reasoning, drop a comment below and let us know why. I believe this year exposed the need for more teams to be included into the playoffs. In my opinion, expansion would have both satisfied the NCAA’s quest for lining their pockets as well as satisfying the meritocracy of College Football. Alas, we were dealt our hand. Here are my predictions for the final four.

In the Rose Bowl, or whatever they are going to be calling it, we have the Crimson Tide versus the Fighting Irish. We have seen this story before, and I don’t believe that the Irish have enough firepower to really threaten Alabama. While I believe that the Crimson Tide have a multitude of ways of beating the Irish, the Irish have only a narrow path to victory. Book has to have the game of his life, and some of their skill players have to show out. Alabama has a lot of playmakers at corner and a vicious pass rush.

On the other side we have what may be a closer game. Clemson versus Ohio State. The key for Clemson will be containing Fields, making him uncomfortable and stopping the run. Ironically enough, the same can be said for Ohio State in stopping Clemson. Sounds easy, right? Well, it isn’t. Luckily these teams are well equipped for the battle. This is going to be a war, make no mistake about it. I give the edge to Clemson in this game because I believe that their fire power may be just slightly more consistent than Ohio State’s.

I also worry about the lack of big game experience from the Buckeyes. Sure they have been there before, but this COVID year is different and Clemson has been tested before. This one will be closer I believe, but in the end Clemson will edge the Buckeyes out.

That’s it for this weeks installment of Monday Madness. Now that the Final four have been selected, let me know what you think! Check out all the great content on Belly Up Sports! Follow me on Twitter, and check out my YouTube as well for Film Reviews! 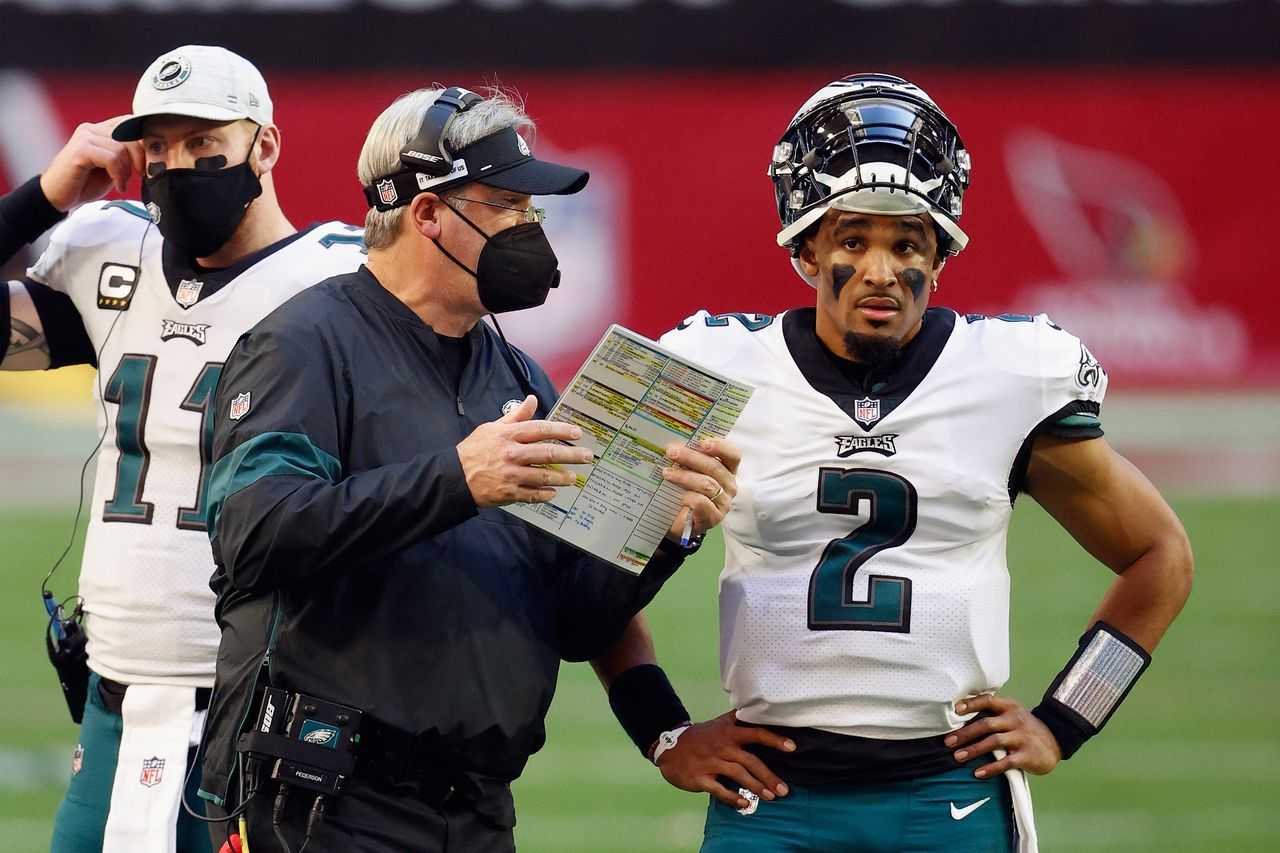 Jalen Hurts Is Better for Philadelphia Than Wentz 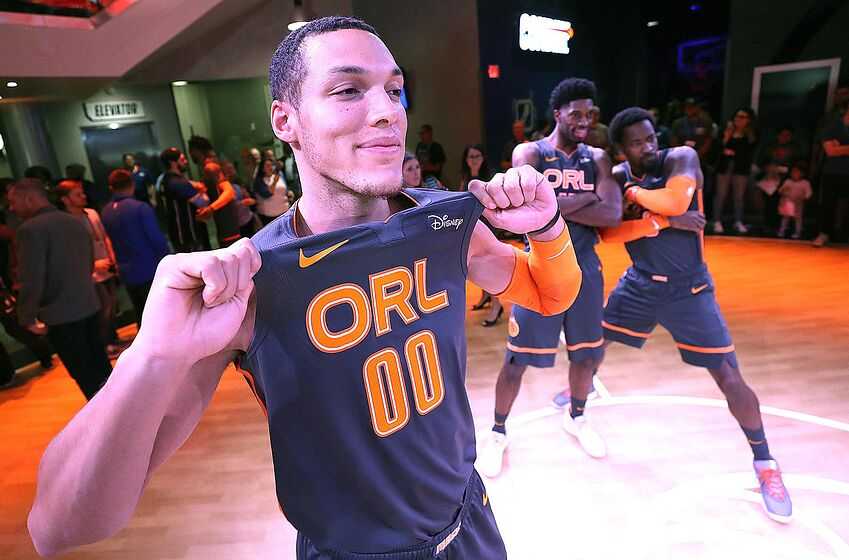 Orlando Magic Preseason Wrap-up: Who Needs to Be Great?