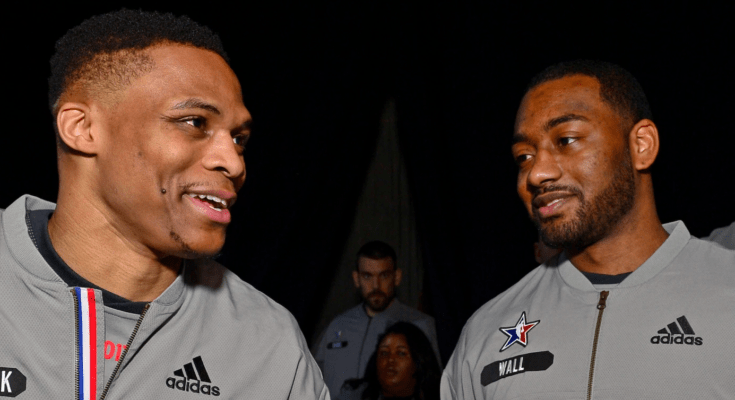 Of course, less than 36 hours after claiming Houston Rockets’ Rafel Stone was content on not moving former MVPs Russell Westbrook or James Harden in a long piece about all of  his off-season moves… he does it:

Houston has agreed to trade Russell Westbrook to Washington for John Wall and a first-round pick, sources tell ESPN.

NBA Twitter went berzerk. Though it had been rumored several times in the last month with several similar players in several similar situations, Houston had done it. They moved on from Russell Westbrook just one season after trading Chris Paul and picks for him. And just two seasons after sending a package of players to LA for him. The carousel for James Harden’s running mate continues to spin.

So, let’s analyze the first year GM’s  trade a little.

What This Means for Houston

The Houston Rockets swap one 2017 All-NBA selection for another, which may have been the kind of “even swap” GM Stone meant when he said they wanted to get even value if they had to trade their star duo. John Wall is two years younger, on a similar contract, and attacks the floor in similar areas.

The truth is, a healthy John Wall may be an upgrade over the aging Westbrook. As was seen in January and February of last season, Westbrook excelled with a five-out offense. With the additions of Christian Wood and DeMarcus Cousins this off-season, and new Head Coach Stephen Silas’ affinity for space and pace offense, Wall could have a similar renaissance.

The gamble for Houston is a lot like a few of their other off-season signings. John Wall has played just 73 regular season games since the end of the 2017 season. Indications are that he is a healthy and fit version of himself. At least that is what the speculation is that James Harden sees:

John Wall and James Harden played in pickup games in Miami the last few months. Harden clearly knows what Wall looks like post-Achilles injury — and you have to imagine he told the Rockets as much.

If nothing else, you have to applaud Stone’s cojones. Russell Westbrook missed a lot of the Orlando bubble with a quad injury, and his return showed a glimpse as to what older Russ may be like if he can’t move very well.

So What Did Washington Do?

Washington Wizards fans are excited to get the 2017 MVP and a reliable source of energy. Westbrook and Bradley Beal makes sense on paper, and the young core around the duo should continue to grow.

If Davis Bertans and Rui Hachimura pair well with Westbrook, the Wizards can definitely grow into a team that gets over the hump and back into the playoffs. And if not, they likely move laterally and end up roughly where they finished last season. It will be an exciting ride, and Washington Wizards fans have to be excited to see it.

What Does This Mean for Russ?

Well, when you reportedly ask to get out, I guess you might get what you ask for. That said, Westbrook is a good fit for his third team in as many years. Westbrook is now the third-oldest player on his team,

Westbrook is a brilliant leader, as was seen in his post-Durant stint in Oklahoma City. His energy is infectious, and fans always enjoy the roller coaster ride that is watching him play. He attacks with relentless and reckless abandon, which is great when you need it and mind shattering when you don’t. Washington, however, could use some life… and may need it.

But Westbrook and Beal are a great pair. Beal helps space the floor and open up Westbrook’s driving lanes. Beal can also direct the offense and steer the ship when Russ needs to hand over the reins. Hopefully, they can swap leadership for rejuvenation and be an entertaining basketball team. They both can be.

What Does This Mean for John Wall?

At risk of sounding cliche: a fresh start. Wall has been visibly unhappy while sitting on the sidelines for much of the last three seasons in D.C. Videos of his off season training popped up a little over a month ago, and Wall demonstrated, in a controlled environment, he can still be explosive.

John Wall and James Harden played in pickup games in Miami the last few months. Harden clearly knows what Wall looks like post-Achilles injury — and you have to imagine he told the Rockets as much.

While Wall and Harden haven’t played much together besides that pick-up run in Miami, they may have some weird chemistry.

Also, John Wall and DeMarcus cousins are clearly and genuinely friends… which is important for a guy with very few. Hopefully, the two Kentucky Wildcats are healthy enough to dance all year

Schematically, Wall will have more room to operate in Houston than he has since he was running complete isolations at the Word of God school in North Carolina. Pick and pops, in addition to backside hammer screens for any number of Houston’s shooters, should open up the floor in a big way. Further, John Wall can comfortably not shoulder the load of a number one option. He may have trouble playing at 120 miles an hour like he did three-years ago, but now he doesn’t have to.

For all intents and purposes, and  even though he’s missed a lot of basketball the last three years, John Wall fits in like a younger Russell Westbrook. If anything Wall is a more willing distributor and understands the situation he is walking into. The Athletic reported Russell Westbrook wanted his own offense to run, but John Wall? He has always enjoyed playing yin and yang with Beal.

So Houston is about to receive a lot of jokes. Some “the dougie is sooo 2011!” mixed in with “Boogie, Harden, and Wall? Gentlemen’s clubs better watch out!” Rafael Stone made his first “big G” Gamble of the off-season, and we will see what happens.

Truthfully, this type of trade was as good as a Russell Westbrook trade could have been. Rumored trades were for a number of older guys or players who, like Wall, have hit a handful of injuries recently. Blake Griffin, Nic Batum, Kevin Love, and… John Wall. If Stone were going to gamble, why not go for it on a guy who just turned 30 and, when healthy, has a high ceiling?

John Wall needs a fresh start, and after the exodus of Daryl Morey, Mike D’Antoni, and now Russell Westbrook, it appears Houston is starting fresh. Small Ball is gone in theory, but not in practice. They signed two big-men in the off season and both can shoot threes. Stephen Silas was known as an innovator in Rick Carlisle’s offense and now he has one of the game’s most creative players to work with. If this pans out, it’s a big win; and if it doesn’t, is Houston really worse off than having a pouting superstar and former MVP who had an athleticism-reliant game and is watching his body break down?

Welcome to the squad, John Wall. Do your dance, rock the red and black with pride, work on the three-ball, and always remember: H-Town hol’ it down.

Want to read about the trade from a Washington perspective? Check it out Kyle’s article here.

For more on football, basketball, sneakers, and the Houston Rockets, follow me @painsworth512 for more, and give our podcast “F” In Sports a listen wherever you listen to podcasts! 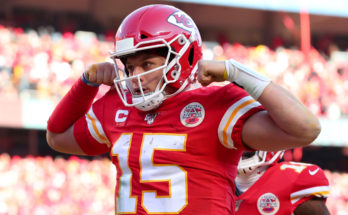