Indianapolis Colts: Options at Quarterback Beyond 2020

The biggest blindside of the Andrew Luck era did not come by a missed block. It came by a retirement two weeks before the 2019 season. The sports world was in shock and Colts fans were ill. They finally had the team around the man that was supposed to lead the Colts to glory… until they didn’t.

General manager Chris Ballard and head coach Frank Reich have made it clear that it’s not about just one guy. Ballard has drafted well in his tenure and Reich has convinced them to buy in for the team and not just themselves. While this wasn’t the most ideal situation, it’s the one the Colts are in. Luckily, they have they have the right leadership in the organization to handle it.

Before we get into the quarterback options, it’s important we look at the cap moving forward. The Colts will have just over $57 million available in salary cap space moving into 2021.

Notable rookie contracts coming to an end after 2021 include Quenton Nelson, Darius Leonard.

In 2017, under Frank Reich, who was the offensive coordinator of Philadelphia at the time, Wentz had his best season until he tore his ACL late in the season. Carson Wentz went 11-2 as a starter that year. Not only that, he had 33 touchdowns to only seven interceptions in those 13 games. With a 15 to 16 touchdown to interception ratio this season, Wentz found himself on the bench in favor of rookie Jalen Hurts.

The big question surrounding Wentz is his huge contract that kicks in next season. However, that contract may not cripple teams with cap room. According to Joel Corry of CBSsports.com:

An acquiring team would have Wentz under contract for $98.4 million over four years averaging $24.6 million per year. That would be pretty cost effective provided Wentz could resurrect his career. It would really only be a two-year commitment for $47.4 million because of the guarantees. After 2022, the acquiring team could exit the deal without any dead money or residual cap charges.

While a Wentz trade could have the highest upside, it could set the team back the most as well. The good news is that it won’t set them back long-term. Thanks to Chris Ballard’s managing of the cap space, they could take on Wentz and still have cap to make more moves.

The New York Jets have been appearing in their fans’ nightmares like Freddy Krueger for some time now. While it isn’t solely on Darnold for the teams’ past struggles, the new general manager still may look to take a quarterback in the draft. A Sam Darnold trade could set the Colts up long term and is a safer option with the cap space than Wentz.

Darnold would have to get used to not getting off the ground if he landed on the Colts. The Jets are seventh in the NFL in allowed sacks (38) and Darnold has taken the brunt of those (30). While the Colts have only allowed 16, they’re also second-worst in the NFL in pressure percentage (27-percent). While the Colts rank second overall (14.5-percent.)

By the end of Week 8 last season, Sam Darnold had only made five starts. In those starts, his touchdown interception ratio was 6-9 and the Jets were 1-4 with him at quarterback. From Week 9 on, Darnold improved to a 13-4 touchdown to interception ratio and had nearly 2000 yards passing. Over those eight games, the Jets were 6-2. He also managed to do this while being sacked 33 times over 13 games. Out of the four quarterbacks who were sacked at least 33 times and played 13 games or fewer in 2019, he was the only one with a winning record.

In three seasons, Sam Darnold has seen changes on the sideline and in the front office. Going to an organization like Indy could be huge for Darnold and his confidence. With a talented offensive line, top-rated defense and a stable organization, the change of scenery could rejuvenate the 23-year-old. They could opt-out of his contract at the same time they could Wentz. Also, his remaining salary is less than a year of Wentz.

Rivers signed with the Colts in the offseason to a one-year, $25-million-dollar contract in the offseason. While his contract was frowned upon by some, Ballard had been managing the books well. They were even able to trade for All-Pro defensive tackle DeForest Buckner and lock him into a long-term deal after signing Rivers.

Rivers’ history with head coach Frank Reich and offensive coordinator Nick Sirianni in San Diego had a lot to do with him coming to Indianapolis. Through 15 weeks, the deal looks to have been money well spent. The Colts have a 10-4 record heading into Week 16 and Rivers has improved in many categories; specifically, touchdowns to interceptions. Last year Rivers finished the season with a 23-20 touchdown to interception ratio and this year he is at 22-9 going into week 16.

A big difference in Philip Rivers and his numbers this year has to do with the offense as a whole, but primarily his protection. Last season, arguably his worst, Rivers was hit 56 times and sacked 34. This year, through 14 games, he has been hit 27 times and sacked only 14.

A Rivers return will all depend on if he wants to put off coaching high school football in Alabama one more year. He was hired to be the head coach of St. Michael Catholic High School in his home state of Alabama after he retires.

Zach Wilson of BYU looks like he could be special and will likely be picked before the Colts could draft him. Kyle Trask of Florida is talked about as a mid to late first-round pick. Trey Lance out of North Dakota state was talked about before the season as well. Lance put up impressive numbers in 2019 with 28 touchdowns to no interceptions but opted out of 2020 to prepare for the draft.

It’s hard to imagine Ballard taking a quarterback in the first round. Chris Ballard is big on offensive and defensive fronts and has preached that through his tenure. With left tackle Anthony Castonzo going into the last year of his contract in 2021, Ballard will likely be looking at a new tackle.

Going into week nine last season, Brissett had helped the Colts to a 5-2 record. He was playing well against the Steelers until he got hurt early in the game. The play before Brissett was hurt, he had completed a what-should-have-been a touchdown pass to Parris Campbell who tripped over his own feet. The next play Quenton Nelson was pushed back off the line for one of the very few times in his career and stepped on Brissett’s ankle on the goal line. The “what could have been” of that season rests on that drive. It wasn’t anybody’s fault; it’s just how the game goes sometimes. After that, the Colts lost to the Steelers by two, dropped the next game to the Dolphins before Brissett came back, but he just didn’t look like himself the rest of the season.

Jacoby Brissett will be loved by Colts fans forever for stepping in during 2019. He is not the worst option at quarterback, but he likely won’t be the cheapest or the best either. Brissett may come back depending on the market for him as a starter given the package of plays Frank Reich has for him now.

Eason was the Colts fourth-round selection out of Washington. The once five-star recruit committed to Georgia before transferring back home after an injury cost him his starting job to Jacob Fromm. Eason has a learning curve ahead of him and likely won’t be ready by next season to take over.

Ballard made it clear after the draft that he was not picked as the Colts answer at the position. While Eason has upside, a year or two under someone else wouldn’t hurt. Given the names mentioned, if he improves drastically over the next couple of years, they could always cut bait with the other quarterback and bring him into the starting role.

Chris Ballard and Frank Reich have made it known from the beginning that it’s about the team and not one guy. Organizations look to build around a quarterback all the time and, in this situation, the team is built. The Colts have a top-rated defense, a top offensive line, pro bowl caliber specialists, and an offense with young weapons.

If there’s anything to be sure of, it doesn’t matter how great of a quarterback someone is. If they’re not bought into the team, they won’t be wearing blue on Sunday. Andrew Luck was so bought in that he retired out of fairness to everyone else that his heart wasn’t in it the same way it use to be.

While the Colts are in search of a quarterback, they don’t seem to be the begging type. Ballard didn’t beg McDaniels to change his mind after turning down the job. Reich didn’t ask about Luck in his interview because he was there to interview to lead the whole team, not one player.

In one of what some would say the darkest days in franchise history, Andrew Luck had one more highlight. While watching his retirement speech multiple times, I am fully confident that my time on this earth has been shortened. However, while he fought back tears and thanked everyone in the Indianapolis Colts organization, he said something that stuck with me, especially now.

“It’s the greatest team sport in the world.” 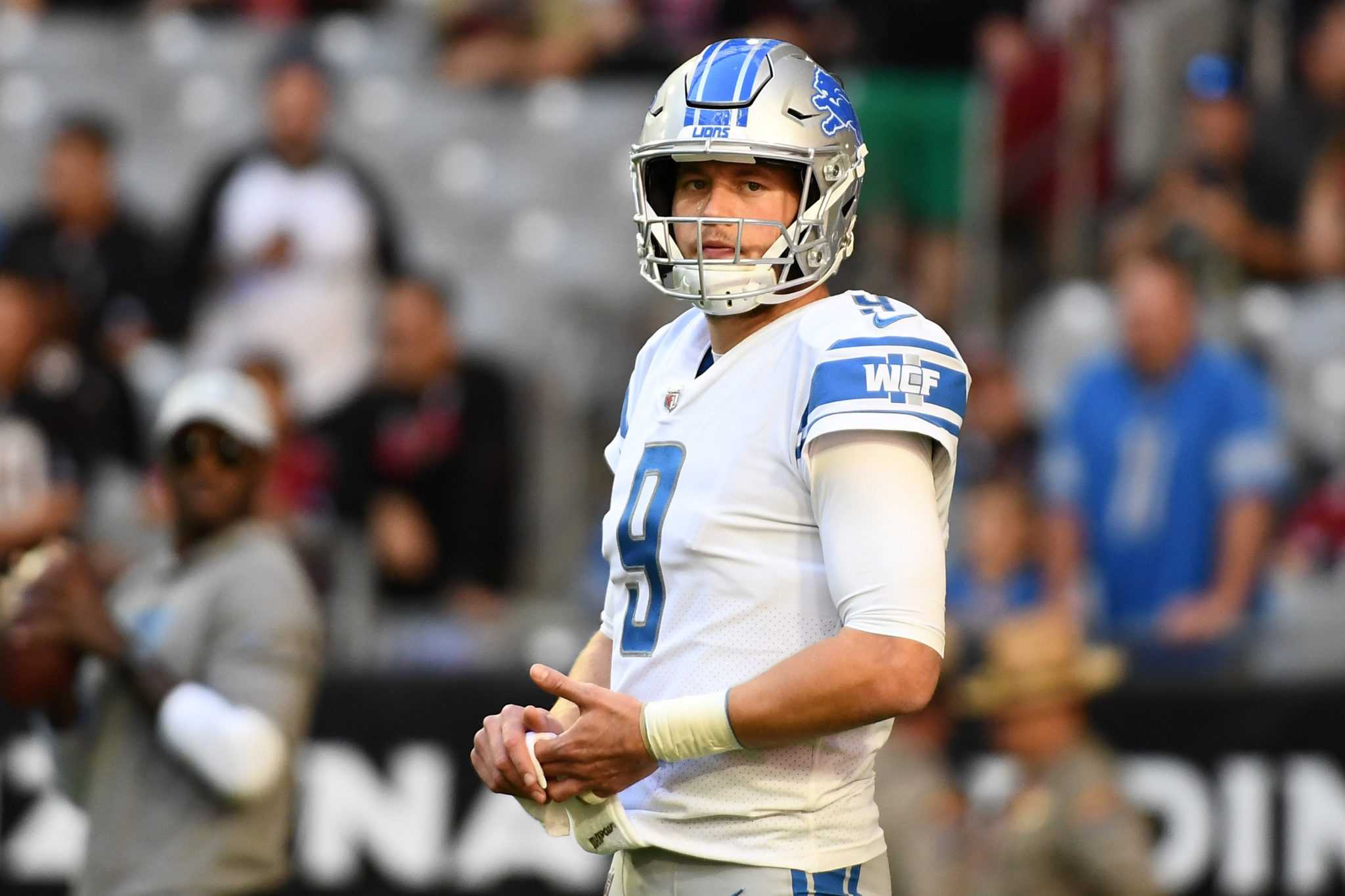 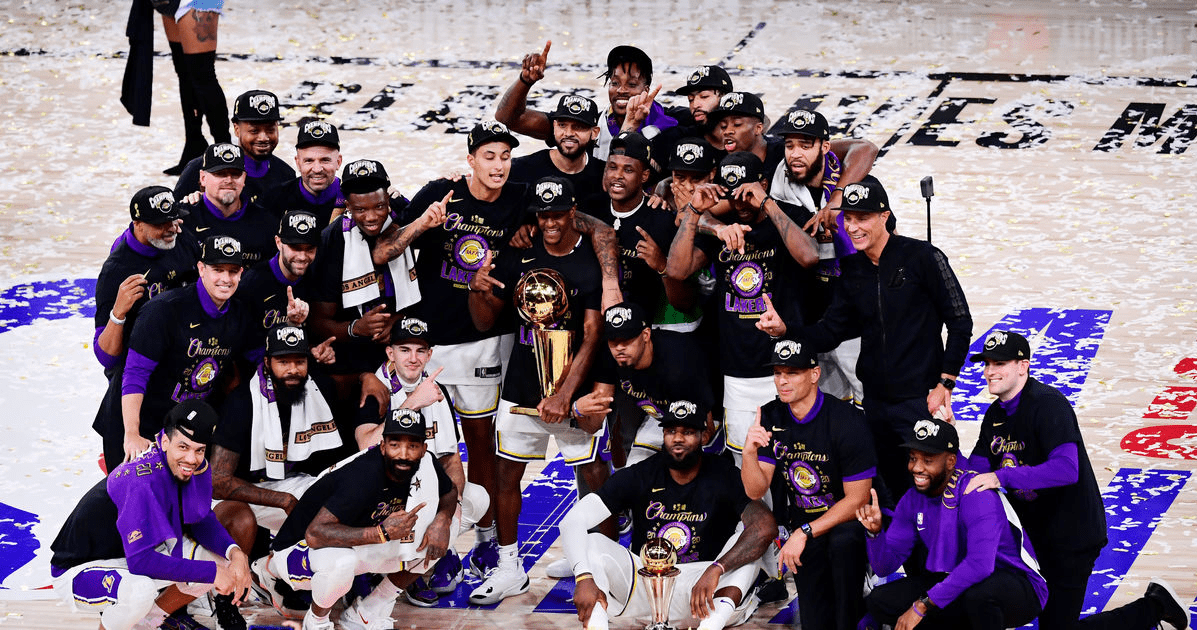