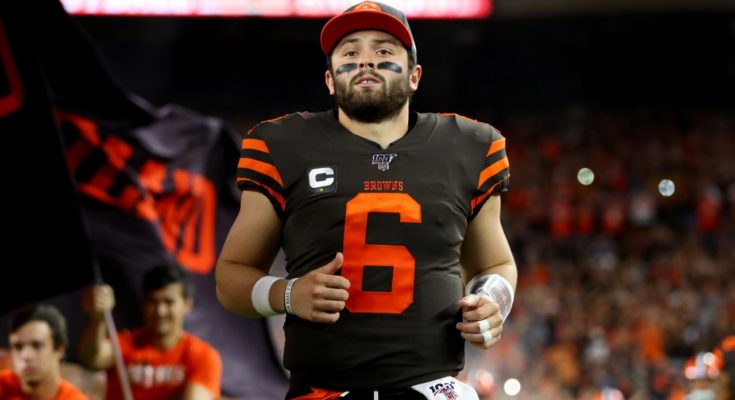 The Cleveland Browns have long been the laughing stock of the NFL. Decades of losing records, whiffing on draft picks, and even a jersey capturing the revolving door that is their quarterback position. They’ve only had one winning record in the last seventeen years. Whatever the reason may be, there’s no denying the Cleveland Browns are one of the worst sport franchises in the modern era. Yet, here we are in 2020, with the Browns sitting at 9-3 and currently the fifth seed in the AFC. There’s still football left to play, but thus far the Browns have done everything to convince us that they’re a playoff team. After decades of losing, what’s made the Browns successful this year? Sure, they’re 9-3, but are they really contenders? Or just the same Cleveland Browns of old?

The Cleveland Browns are a run-first football team. The Browns rank third overall in total rushing yards, with 1,839 yards. They also rank second overall in rushing yards per game, averaging 157.8 yards per game. There’s two components when it comes to being an elite rushing football team; an imposing offensive line, and an elite running back. The Cleveland Browns boast one of the best offensive lines in the NFL. Additionally, instead of one elite back, they are spoiled with two of the best running backs in the entire NFL.

They selected left tackle Jedrick Wills Jr with the tenth overall selection in the 2020 NFL Draft. He’s proven early to excel at pass protection, even when being compared to the rest of the NFL. Two-time veteran Pro Bowler, left guard Joel Bitonio, has continued to dominate those opposite of him. Veteran center J.C. Tretter, has also been extremely reliable. Wyatt Teller has been a revelation find at right guard. He’s been banged up, and was just placed on the Reserve/COVID-19 list, but when on the field he’s been absolutely dominant. Jack Conklin signed a three-year, $42 million deal, to join the Browns this offseason. He’s playing similarly to his 2016-2017 season First Team All-Pro form. These talented individuals have formed quite an impressive cohesive unit. They’re a major reason for this rushing dominance, and why Baker Mayfield has been sacked the seventh least in the entire league.

Nick Chubb has rushed for 799 yards, seven touchdowns, all while averaging six yards a carry. He’s done all of this in only eight games. He’s no doubt one of the best pure rushers in the league. Powerful, strong, agile, and smart. When he takes a few snaps off or is sidelined with injury, the opposing team gets to face a different, yet equally capable back, Kareem Hunt. Hunt, along with Chubb, is also one of the best running backs in the league. He has 739 yards to go with four touchdowns. He presents a receiving threat as well, with 175 yards on the season, and four touchdowns.

Despite this two headed monster in the backfield and one of the league’s best offensive lines, the Browns’ passing game has been pedestrian. The Cleveland passing offense ranks twenty-sixth in yards per game. Baker Mayfield ranks thirteenth in the league with twenty one touchdowns, and twentieth in the league in total passing yards with 2,442 yards. He’s also twelfth in the league in QBR, with a 70.3 rating. Not terrible numbers, but most of these numbers come from only two games. In the Week 7 win over the Bengals, and the Week 13 win over the Titans, Baker had a combined total of nine touchdowns and 631 passing yards. These two games account for 43-percent of his total touchdowns, and 26-percent of his total passing yards. Even despite these two outliers, the inconsistency of Mayfield has the Browns as one of the least efficient passing offenses in the NFL.

Some of this can be attributed to the loss of Odell Beckham Jr. But it’s tough to say that because of how bad the Browns’ offense was with him during the 2019-20 season. Jarvis Landry is the team’s top receiving option, seemingly with or without Beckham being sidelined. He currently ranks thirtieth in the league with 676 receiving yards, to go along with only two touchdowns. Players like Rashard Higgins, Austin Hooper, and Donovan Peoples-Jones have had their games, but haven’t been able to consistently produce. The passing offense inefficiency of this team is a glaring issue.

On the other side of the ball, the Cleveland Browns defense ranks them as one of the most porous in the league when it comes to passing yards allowed per game. Allowing the tenth most total passing yards, opponents are averaging 259.6 yards per game in the air against them. Their rushing defense is much better, ranking eighth best in rushing yards allowed per game, allowing 103.4 yards per game. Their defense ranks twenty-first in total points allowed, with 321 points against. Overall, a below average defense that excels at stopping the run.

Despite being a subpar to average defense, they do have one player with the ability to singe handedly wreck a game, and that player is Myles Garrett. He’s a dominant force, an athletic freak of nature. Standing at 6′-4″, weighing roughly 275 pounds, he’s been a nightmare since taken first overall in the 2017 NFL Draft. This year he has 10.5 sacks in only 10 games. He’s on pace for careers highs in sacks, tackles, and tackles for loss. In the Browns three losses this year Garrett has a combined one sack. In the seven games the Browns have won when Garrett plays he has a combined nine and a half sacks. They have some other very talented players in Denzel Ward, Malcom Smith, Olivier Vernon, among others. But it’s Garrett who’s the engine behind this defense.

Are the Cleveland Browns Contenders or Pretenders?

Being a contender doesn’t necessarily mean being Super Bowl bound. Being a contender means you have a chance to get to the Super Bowl, and at least have the ability to win a few playoff games. A team that is a pretender is a team that, on paper, checks all the boxes to be a contender. On the surface they are seemingly a contender, but their record hides glaring issues that will plague them in the playoffs.

The Cleveland Browns sit at 9-3 approaching their Week 13 matchup against the Baltimore Ravens. Currently the Ravens are on the outside looking into the playoffs, and they’re going to come into this divisional matchup guns blazing. The Cleveland Brown stomped the Tennessee Titans this past week, and if they are able to beat Baltimore Ravens this week, they’ll be one step closer to the playoffs. Their remaining schedule isn’t easy, with the Ravens, Giants, Jets, and Steelers to finish up the season. So the question remains, given all the statistical information, and the remaining schedule, are the 2020 Cleveland Browns contenders or pretenders?

Watching them absolutely decimate the Tennessee Titans may have some people fooled that the Cleveland Browns are contenders, but they’re really not. This team is extremely inconsistent week in and week out. One week Baker’s a superstar, the next week he’s below average. Their defense is giving up almost thirty points a clip. I see the Browns making the playoffs, but I don’t see them making it out of the Wild Card round. The only way they can make it to the divisional round is if they play against another run-first team. The Browns run the ball well, and they defend the run well. Their playoff hopes lie in the hands of Nick Chubb and Kareem Hunt. I’m a Baker guy, but his inconsistency is holding this team back. Kevin Stafanski has done a masterful job. There’s definitely something building in Cleveland, but this year they are pretenders. 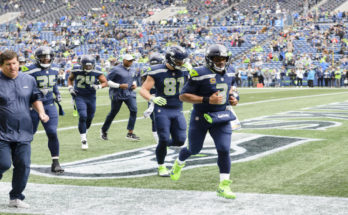 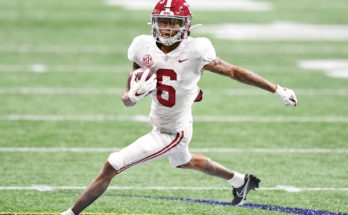