Five Players We Could See in a Trade Next

The James Harden blockbuster deal that has been long talked about is officially done, and he has packed his bags for Brooklyn. Now that this trade has happened, other teams are setting their eyes on new targets. Some are superstars, and some are just missing pieces for contenders—either way, these guys would make sense in different uniforms.

The rumors circling a Bradley Beal trade have been ongoing for more than just this season. He signed a long term deal with the Wizards, and he seems to want to be there. However, Beal wants to win more than anything else.

The Russell Westbrook trade seemed to be something that would help the team now and keep Beal happy in the meantime. While the team is young, two superstars on one roster would at least have them fighting for a middle seed in the east, ideally, but that hasn’t been the case so far. With the Wizards at 3-8 on the year and Beal averaging 35 points and looking like he has taken yet another step forward, his value might be too high to pass up.

While anybody could trade for a Beal, the list shrinks when it comes to the Wizards wanting to get him to a contender. The Sixers were rumored to have been shopping Ben Simmons in the Harden trade. Beal could be a great fit in Philly, while Simmons could get his own team in Washington with young talent and a mentor in Russ.

Beal is an interesting name to keep an eye on through the deadline, and don’t be surprised if a contender comes out of nowhere to steal him away. The Heat could put together an attractive package and immediately jump to the top of the east. A team like Denver could also throw together a package with Michael Porter Jr. This would give the Nuggets more consistency from a shooter than Jamal Murray being hit or miss depending on the day.

Minnesota traded for KAT’s best friend, D’Angelo Russell, last year, and while that’s a nice story, it doesn’t seem like D-Lo is the guy that is going to fix the Wolves anytime soon. KAT could bring in a package of picks and some young guys, and they could go ahead and turn the team over to the first pick in this year’s draft, Anthony Edwards.

The list of suitors for KAT may not be willing to give up Bradley Beal type packages, but a big return could still be in play. There have always been rumors about him and the Knicks one day, and that trade could make sense. While they would have to give up some young guys who have shown progress, adding a shooting threat like Towns to put next to the new version of Julius Randle could be dangerous.

The Kings are another team to keep an eye on with Towns. Marvin Bagley’s father expressed in a tweet this year for the Kings to trade his son. Bagley could use a change of scenery, and Towns is more proven. If Buddy Hield could get involved in this deal with some picks, it could help the Wolves in stockpiling picks to put future players around Edwards and, for the Kings, open up a starting spot for the impressive rookie, Tyrese Haliburton.

Reddick is nearing the end of an impressive NBA career as everything from a starter to a role player. While Reddick’s return wouldn’t be glorious, the Pelicans seem to be at a bump in the road this season but have the young talent to be dangerous moving forward.

If Reddick is traded, it wouldn’t be surprising, but the list of teams that could go out and get him is so uncertain. A good locker room guy who is a well-respected vet is always a plus to bring in. Teams, though, won’t give up a big haul to bring in a 36-year-old Reddick.

Chris Paul and J.J. are close still from their time together with the Clippers. It may not take too much to bring in Reddick a package with some future picks. A guy like Jae Crowder could make money work with another throw-in player. While other teams may give more, this is interesting because of Reddick’s relationship with Paul and the weight that CP3’s voice can carry in an organization.

Beloved by Raptor fans, Lowry is the heartbeat of the organization. His name now has been on the rumor mill for some time. It seems like now may not be a bad time for the Raptors to get what they can for the 34-year-old expiring contract.

While Lowry could really help any team in contention, the price they would have to give up for him would be risky. Just the remainder of the season on his contract, it would have to be a team that is just a little bit away. The Clippers could use a guy like him, but I am not sure if they have any assets left to trade away to get him. The Heat have big contracts in Kelly Olynyk and Andre Iguodala they could add with Tyler Herro. Still, the question of if Kyle Lowry could get them over the hump realistically remains.

Sam Presti is all in on draft picks these days, and George Hill will likely deliver him another one. While he is a great leader to have on the team, Presti is taking in veterans to trade them at this point. George Hill could be a reliable starter or bench guy for any contender. Presti could probably squeeze a first-rounder and out of someone for him as well. He wouldn’t be opposed to taking on another bad contract to maybe flip it down the road for more picks.

Brooklyn made a lot of sense earlier this week for George Hill, but with the new addition of James Harden, Presti isn’t going to trade to a team without first-rounders. That logic also takes the Clippers off the table but still has other contenders who could go for him.

George Hill is one of those guys that will more than likely be traded before the deadline, no matter what. Fans would be happy with his addition to a contender, and he could help out in multiple ways. It’s just hard to assume who would take him on at this point and how much better he could make the team.

The Warriors sure could use some more help for Steph Curry, and while they may not be a title contender, Steph has shown us this year never to doubt what he is capable of. Could Hill get them over the hump? Likely not. But Hill could take some pressure off Steph, add another vet on the team. Maybe Steph can take them over the hump with that.

Who will it be?

Out of these five mentioned, George Hill seems the most likely to get traded. The reason is because of the track that Sam Presti and the Thunder are on. Are the other names likely? Some are. The Wizards are willing to do just about anything to keep Beal, but that dream for them seems to be dying a little more each day. KAT in Minnesota will be the one to keep an eye on. It’s just a matter of time before he gets fed up with losing and wants to go to a contender.

It really just comes down to who wants what in the deal. The Rockets could have had Ben Simmons but instead chose to take seven picks and trade for Victor Oladipo from the Indiana Pacers. We see wild trades happen all the time. Some are great for both teams, and some lead other franchises to move in the front office. I try to think outside of the box when it comes to trades for that exact reason. Do I think Bradley Beal will get traded for Ben Simmons? Not really. But who knows? Kyle Korver got traded one time for money that ended up being used for a copy machine. Call me, naïve. Tell me I’m wrong. Nobody has any idea what could happen when a team is desperate enough. That’s where most of the fun comes from in trade talks.

For more on the NBA and all sports, go to bellyupsports.com and follow @BellyUpSports and me @lagraham2 on Twitter. 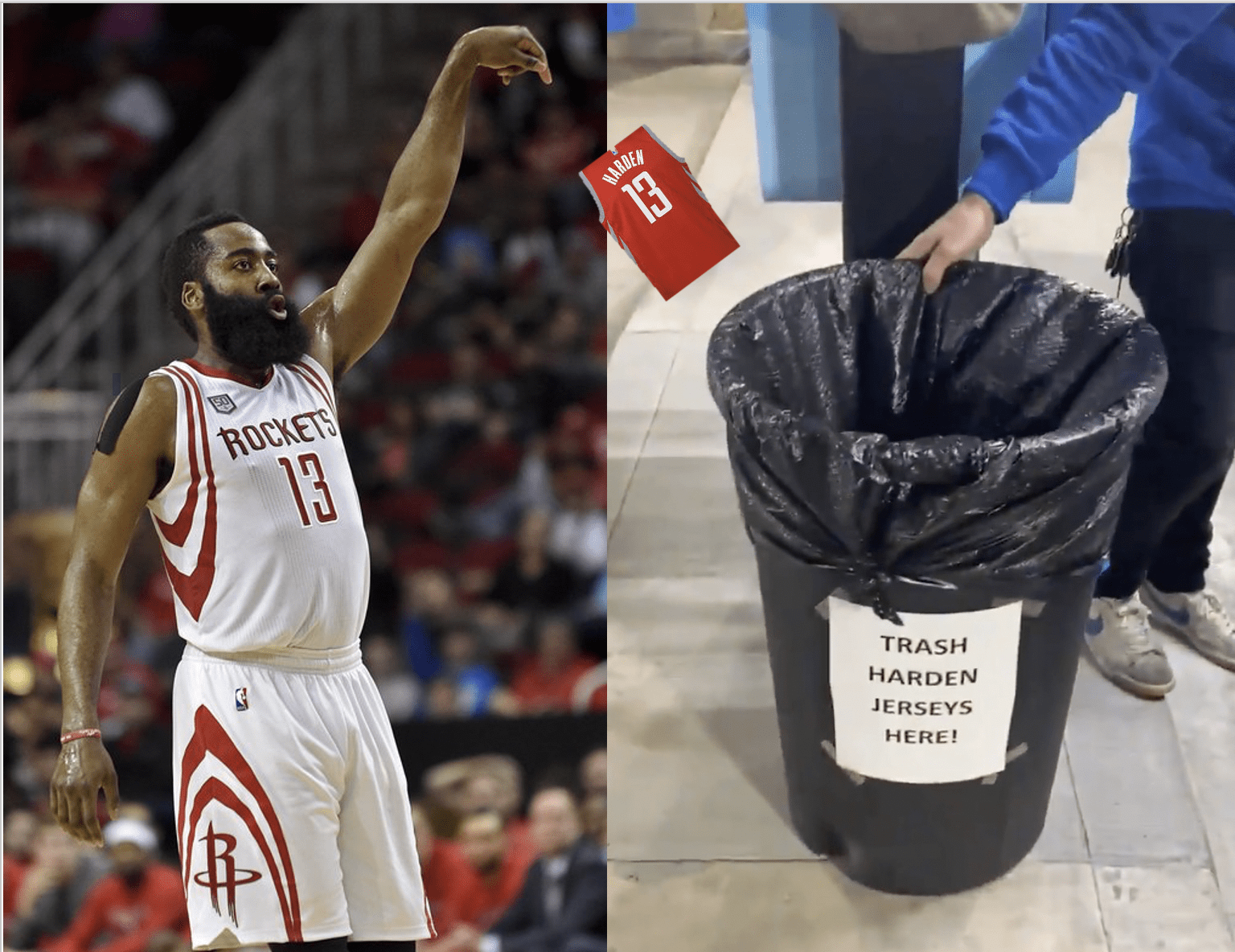