In honour of Joe Biden’s Inauguration here is a list of the best inaugural seasons of all time.

It seems like a travesty that Minnesota lost its first NHL hockey franchise, the North Stars, which relocated to become the Dallas Stars in 1993. The well-known hockey fans of the Gopher State wouldn’t have to wait too long for a new team. With veteran coach Jacques Lemaire behind the bench, the Wild finished 25-39-13-5, good for 68 points and last in the Northwest division. They placed a very respectable 12th overall in goals against (210) but finished dead last in scoring with just 168 goals.

Just a few years after the Dodgers came to Los Angeles, the West Coast got another team. They used their first-ever draft pick to select Eli Grba, who twirled a complete game six-hitter (those also existed back then) to help the franchise win their first game. The Angels had five players hit at least 20 home runs, including Ted Kluszewski, Earl Averill, and Steve Bilko. If you knew any of those players before reading this, kudos to you.

Before he became a legendary NBA head coach, Jerry Sloan was an excellent NBA player. He made two All-Star appearances, including his first with the Bulls. He averaged 17.4 PPG, 9.1 RPG, and 2.1 APG (stats for steals and blocks were not kept back then) and helped lead the team to the playoffs, where they were promptly swept by the St. Louis Hawks.

Although they didn’t take the field until midway through the nineties, the Panthers origin story goes all the way back to 1987. Since the disgraced future owner, Jerry Richardson, met with a group of investors to get the ball rolling, Carolina was named the NFL’s 29th franchise in October 1993. They hired former Steelers defensive coordinator Dom Capers as head coach and finished in the top 10 defensively in yards and points allowed en route to a 7-9 finish.

The NHL went kinda crazy with expansion in the 1990’s, with the San Jose Sharks, Anaheim Mighty Ducks, Ottawa Senators, Tampa Bay Lightning, Nashville Predators, and Atlanta Thrashers (You forgot about them, didn’t you?). But none of those teams matched the early success of the Panthers. Led by Scott Mellanby’s 30 goals and John Vanbiesbrouck’s 2.53 GAA, Florida went 33-34-17 and finished just one point out of the playoffs. They would make it just two years later, where one of my favorite playoff traditions was borne.

The New York Giants made their debut in the newly formed National Football League and quickly established themselves as contenders. It’s hard to find many stats from that era, but it appears that they were quarterbacked by a man named Jack McBride, who threw six touchdown passes. They rebounded from losing their first two games by winning seven in a row, including five games, when they shut out their opponent. Now for the obligatory “three yards and a cloud of dust.”

After playing as the Decatur Staleys and the Chicago Staleys in their first few seasons, this team changed their name to the Chicago Bears and joined the fledgling NFL in 1922. They gave up just 44 points in 12 games and recorded six shutouts, and also featured George Halas as a player-coach. The Bears were led on offense by a guy named Joey Sternaman, who scored four total touchdowns.

The NHL doubled from six to twelve teams in 1967 and, for some reason, decided to put all of the expansion teams in the same Division. This did two things: it assured that one of them would advance to the Stanley Cup Finals and that the East Division Final would, for all sakes and purposes, serve as the real Cup Final. After originally being led by Lynn Patrick, Scotty Bowman took over the team in November. Despite finishing third in the brand new West Division, the Blues would go on to defeat Minnesota and Philadelphia in seven games before losing to the Boston Bruins in historic fashion.

The Canadian Football League (CFL) experienced some dark times in the 90’s. They experimented with American expansion teams. First came the Sacramento Gold Miners in 1993, then three more teams the following year. The original plan was for the team to be named the Baltimore CFL Colts, but they were blocked by Indianapolis Colts owner Robert Irsay. Led by Mike Pringle’s 1972 yards rushing, the CFL’ers finished second in the East Division with a 12-6 record. They then beat the Toronto Argonauts and Winnipeg Blue Bombers in the playoffs before losing the Grey Cup to the B.C. Lions on a last-second field goal, 26-23.

Simply put, the Vegas Golden Knights had the strongest debut in the history of North American professional sports. They got off to a strong start and never looked back, breaking the NHL record for wins by an expansion team and becoming the first expansion team in the modern era to win their Division. The Golden Knights didn’t stop there, defeating the L.A. Kings, Winnipeg Jets, and San Jose Sharks in the postseason before falling to the Washington Capitals in the Cup Finals.

Sure, the franchise benefitted from a revamped expansion draft and were able to select high-profile players like Marc-Andre Fleury and James Neal. However, Vegas also had the insight to select less-heralded players such as Jonathan Marchessault and Cody Eakin, who contributed greatly to their success. The team has made the playoffs in each of its first three seasons, and a Stanley Cup title in the near future seems well within their grasp.

Have a problem with my list? Hit me up on Twitter and let me know what you would change. Make sure to catch up on other Bellyupsports content as well. 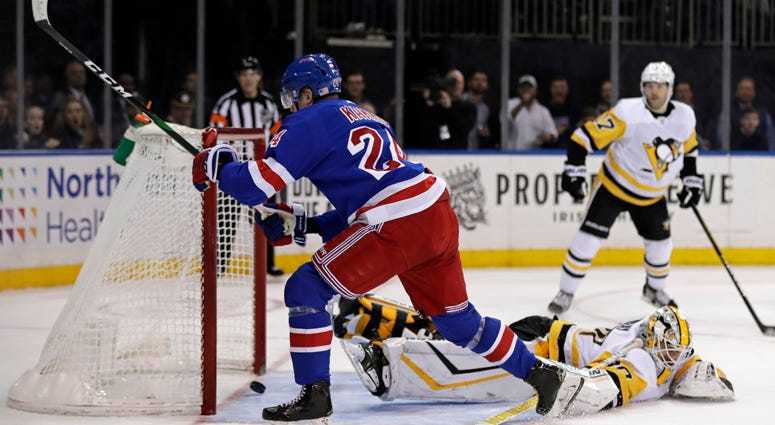