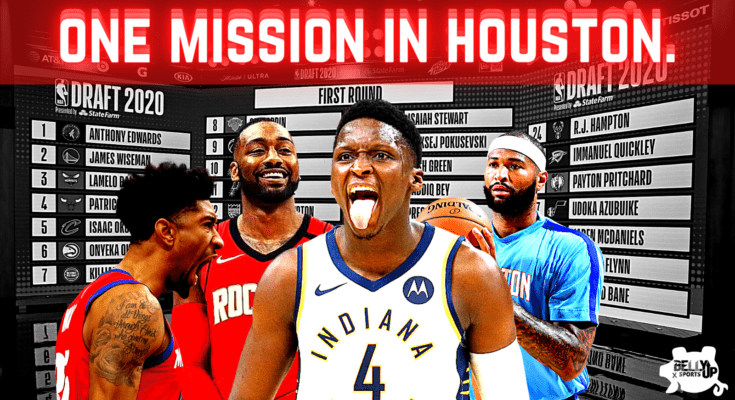 After his monologue last night, a James Harden trade on Wednesday felt imminent. Since the talks last November, the idea of Harden in Brooklyn felt imminent. Then, in a series of Shams, Haynes, and WojBombs, it was official. The James Harden era in Houston is over, and the Harden and Kevin Durant reunion is in Brooklyn. While Kyrie Irving has been M.I.A., the Nets look like they have a three-headed isolation monster unlike anything we’ve ever seen. Now we get to see if it works.

James Harden enters Brooklyn coming off of a fifth top-three MVP finish in six years. He reunites with former head coach Mike D’Antoni, who is one of Steve Nash’s assistant coaches, and Kevin Durant.

In a D’Antoni and Nash system built on isolation, the Brooklyn Nets have pulled in three of the best isolation scorers in the NBA. Harden, Durant, and Irving all operate in isolation, are strong shooters, and force defenses to break rules in an effort to stop any one of them.

For all the headaches the Nets will give opposing defenses, the Brooklyn fan base hopes they don’t give too many to Steve Nash. Harden, Durant, and Irving each find moments to be temperamental. Whether it’s in a nightclub, on a burner account, or on a zoom with Cynthia Nixon, it’s hard to tell where the Nets’ stars’ focus is at times. If they’re all on one common goal, it will be scary. Conversely, if it’s not, it may also be scary… but in a more entertaining way

For more, please look at our coverage by Luke Graham.

Caris LeVert is a 26-year-old perimeter player who saw a big leap in his production last season. He has become a regular 18 points, 5 assists, and 4 rebounds kind of two-guard. Where Indiana got a lot better was in their long term plans. Victor Oladipo, who left Indiana in the trade, hits the Free Agent market this summer. LeVert is younger and under contract until the summer of 2023.

LeVert’s career trajectory pairs well with 24-year-old’s Myles Turner and Domantas Sabonis. This three-headed monster could continue to grow and develop into a versatile system with great ball movement and stout defense. If Sabonis develops in the next two years at the same rate he has the last two years, the Pacers will grow into a strong contender. If not, they can hit restart in 2023.

For more, please look at our coverage by Husain Dhooma.

Jarrett Allen is a fantastic young big to pair with Collin Sexton, especially with Andre Drummond hitting Free Agency in the summer of 2021. Allen is a great roll threat and a strong defensive presence. He is one of the youngest star big men in the league and seems to defy potential each year.

Allen, Sexton, Darius Garland, and rookie Isaac Okoro are all 22-years-old or younger. Cleveland still has to deal with Kevin Love’s contract (expires in 2023), but they are otherwise one of the most enticing young teams in the NBA.

In exchange for James Harden, the Houston Rockets pulled in one of the most historic trade packages of all time. Victor Oladipo shows up as an All-Star in each of his last two healthy seasons in Indiana. He projects to be a playmaking two-guard opposite John Wall that can get 20 points a game. Oladipo is explosive, scrappy, and objectively fun. Dunk Contest fans likely remember his Black Panther homage years ago, but he has grown into someone who consistently shoots over 34-percent from three-point land (albeit on limited attempts).

What if it doesn’t work? Oladipo’s contract expires this summer, helping to open up a spot for an elusive Max Contract.

Houston will be Dante Exum’s third team in three years. The rotational wing player was a key bench defender in Utah and should be rejuvenated after leaving Cleveland, where he was stuck behind a pair of backcourt players several years younger than him. If Silas’ offense from Dallas carries over, there’s a real shot Exum becomes a classic “three-and-D” rotational player.

If it doesn’t work? Exum’s contract expires this summer, helping to open up a spot for an elusive Max Contract.

Kurucs is a lesser-known commodity and hasn’t seen as much playing time since his rookie campaign. The tall, long Latvian swingman shoots the ball well but can’t stay on the floor defensively. He will try and revitalize his career in Houston.

If it doesn’t work? Kuruc’s contract expires this summer, as a team option, helping to open up a spot for an elusive Max Contract.

The top get in the summer of 2021 would be Kawhi Leonard, if you could lure him away from Los Angeles. The 2021-22 season is a player-option for Leonard and, if this season ends as embarrassingly as last did, he may want greener pastures.

Other than Leonard, stars available next few summers include the aforementioned Andre Drummond, Trae Young, Jimmy Butler, Julius Randle, Kristaps Porzingis, Khris Middleton, and Nikola Jokic. Further, with the cap-room, Houston could look to swap for someone on a Max Contract currently without having to ship out much money.

The real value in this trade for Houston was in draft capital. Houston reeled in control of Brooklyn’s next seven drafts for James Harden. That means Houston is drafting players in place of Brooklyn that are currently in Middle School. If Brooklyn’s finest do win a title this year, or even two titles in the next two years, they likely will be starting over fresh well before this trade is officially over. Houston will likely get a top tier pick, unprotected, out of Brooklyn before this deal is done.

This is where the trade diverges from Daryl Morey. Morey spent picks to bring in stars. Now Houston’s Rafael Stone is shipping out a disgruntled star for picks. While that means we don’t know who won the trade for a long time, it does mean Houston can’t decisively lose it for a long time either.

Can Houston package a deal of pick swaps to get Cade Cunningham? What about prospect Emoni Bates? What about a young fellow named LeBron James Jr.? The possibilities are endless… and it feels like they’re just beginning. 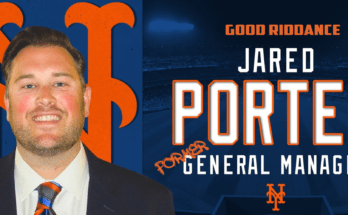 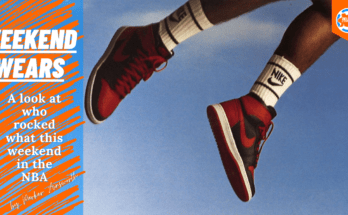