MLB Hot Stove Roundup – News, Rumors, and Analysis of All the Major Moves.

Another edition of the MLB Hot Stove Roundup is here! The Toronto Blue Jays finally made a splashy move, landing top outfielder George Springer to a team-record six-year, $150 million contract Tuesday evening. The Mets continued to fascinate by acquiring star shortstop Francisco Lindor. Top free-agent D.J. LeMahieu did what many believed he would do by re-signing with the Yankees.

LeMahieu was considered by many to be the best free-agent position player available and the Yankees’ top offseason priority. It was reported that the Toronto Blue Jays came in with an offer of four years and $78 million. D.J. was also apparently mulling a four-year, $60 million offer from the Los Angeles Dodgers.

In the end, LeMahieu went with the longer-term rather than the higher AAV the Jays offered.

Blue Jays offered $78M for 4 years for LeMahieu, showing they meant business. Yankees had been in that ballpark for 4 as well, but the sides agreed on a longer agreement instead. Helps Yanks AAV, and thus their tax.

It feels like a gut punch for Jays’ fans. But they should get some solace knowing that their front office made a competitive offer. The organization has been hesitant to offer long-term contracts to veteran players. They didn’t want to pay the infielder into his age-38 season.

The New York Mets continued their splashy hot stove season by trading for Lindor. It had been rumored for over a year that Cleveland was looking to move on from the four-time All-Star. The Mets finally made it happen.

Joining Lindor in the Big Apple will be veteran starter Carlos “Cookie” Carrasco. He overcame a life-threatening form of chronic myeloid leukemia to win the American League Comeback Player of the Year in 2019.

Going back to Cleveland was a haul that includes infielders Amed Rosario and Andrés Giménez and prospects Josh Wolf (RHP) and Isaiah Greene (OF).

The Mets have been extremely active in the offseason, bringing Sandy Alderson back as President of Baseball Operations. They then named Jared Porter as their new General Manager. The club has also signed reliever Trevor May, catcher James McCann before also coming to terms with 1B/OF José Martinéz last week.

UPDATE: Porter was fired by the Mets on Tuesday after reports surfaced of explicit and unsolicited texts to a female reporter in 2016.

While LeMahieu and Lindor were the biggest names on the move recently, they certainly weren’t the only ones.

Since November 2019, the Astros have lost a World Series, one of the most dominant pitchers in MLB (Gerrit Cole), and the respect of baseball fans everywhere. They’re also faced with the prospect of losing two-thirds of last season’s starting outfield, Michael Brantley and George Springer.

At least they can say they’ve upgraded their bullpen with the additions of Stanek and Baéz.

I predict that the Nationals will finish in the top three in the National League in home runs. Schwarber joins Josh Bell and Juan Soto and could crack 100 dingers between them.

Hendricks was the most sought-after reliever on the market and joins a White Sox team that seems serious about winning now. Earlier in the offseason, Chicago acquired starter Lance Lynn, outfielder Adam Eaton and also hired Tony LaRussa as their new manager.

Bradley becomes the newest member of a Phillies bullpen looking to put the 2020 season behind them. The unit collectively put up an ERA of 7.06, which was among the worst 60-game stretches in MLB history.

If it feels like this Phillies bullpen is historically bad… it’s because it is.

If the season ended today, their collective ERA would be the worst in MLB history.

Kluber held a showcase that attracted 25 teams and he must’ve been sharp because the Bronx Bombers inked him just a couple of days later. It’s a calculated risk but one that could come with huge rewards if Kluber is anywhere near back to the form he was a few years ago.

Like many Blue Jays fans, I found myself feeling frustrated by the lack of moves being made so far this offseason. That feeling got exacerbated when the team announced that it was extending President Mark Shapiro for five more years.

Acquiring Springer, Kirby Yates, Tyler Chatwood and an all-out pursuit of Michael Brantley over the past two days made me think that it was money well spent!

The Blue Jays and relief pitcher Kirby Yates have agreed on a deal, per @Ken_Rosenthal. pic.twitter.com/dcGLxsStp8

The team is now faced with having a surplus in the outfield, but that’s not a bad problem to have. Look for the club to possibly trade Randal Grichuk in the next few weeks. He’s got a palatable contract and could yield a back-of-the-rotation starter.

Jays fans have to be delighted to get some results. They had been growing weary of hearing that their team is “in” on nearly every player, only to see them sign elsewhere.

Many people would consider them to have already “won the offseason”, but that didn’t stop the San Diego Padres from adding to their haul. Reports circulated Tuesday morning of Joe Musgrove heading west in a three-team trade with the Pirates and Mets.

Three-time World Series champion Jon Lester has also found a new home, agreeing to a one-year contract with the Nats.

The news breaking Wednesday morning was that the Jays were closing in on signing veteran outfielder Michael Brantley. Combined with Springer, this would be a major coup.

Now hearing same as @Feinsand and @JeffPassan: No agreement yet between Blue Jays and Brantley. Two sides remain in discussions. Apologies for being among those who reported deal prematurely.

Still waiting on the top remaining free agents, J.T. Realmuto and Trevor Bauer to decide their fates, most experts seem to think that Realmuto is destined to return to Philadelphia on a contract that could exceed $100 million.

Bauer has been in talks with many teams including the Jays throughout the process. Landing either Bauer or Springer seems like a necessity for this to be considered a successful offseason for the Blue Jays front office.

Red Sox outfielder Andrew Benintendi has come up in trade rumors lately. Boston is looking to upgrade its farm system and has a player with a similar skill set in Alex Verdugo.

I woke up to the news of Jared Porter’s unacceptable behavior and embarrassing firing. Obviously first and foremost, I think of the poor reporter who ignored over 60 messages before the final (lewd) straw.

Porter had been seen as a sharp up-and-coming executive with previous stints in Boston, Chicago, and Arizona.

The Mets were also one of the most interesting teams since the end of last season and this is nothing but a black mark.

At least the response and reaction from billionaire owner Steve Cohen was swift. He has more resources (read: money) than any other owner and gives the Mets an “evil empire” feel.

There was no drawn-out internal investigation, no disputing the facts or calling journalists liars, just a quick-firing and accompanying statement.

It remains to be seen whether or not this was a token gesture to preserve an image a la Daniel Snyder or a genuine action and it doesn’t really matter. There was no way Porter was keeping his job.

There’s just no place in our society for the behaviour that Porter exhibited. Time’s up.

Catch up on all the MLB latest news and rumors at Belly Up Sports or follow me on Twitter @Graeme__Wallace. You can catch up on previous editions of HSR on my Instagram page. 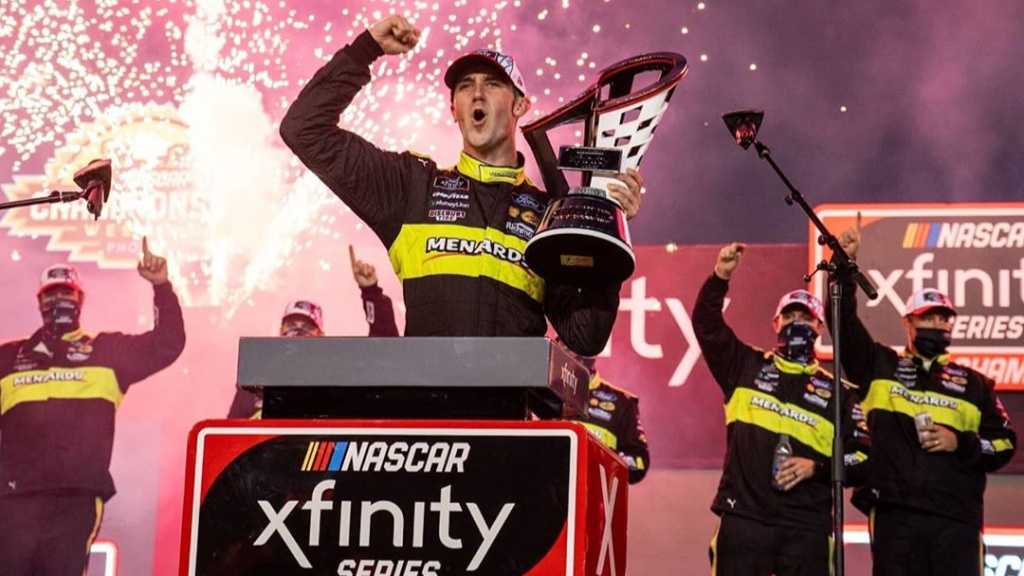 Austin Cindric to Run Penske Fourth Car in the 500 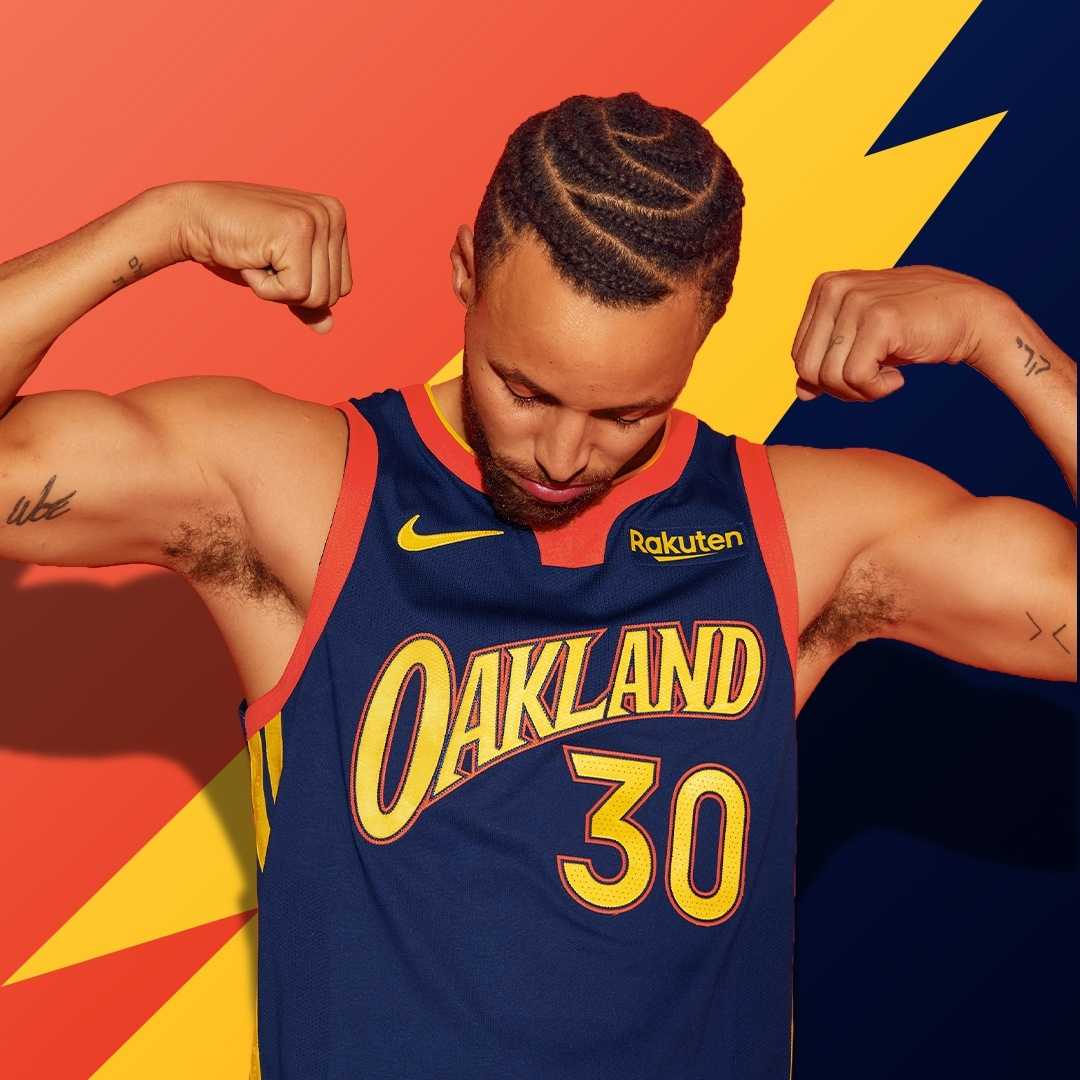 Warriors Once Again Fail with the City Jerseys