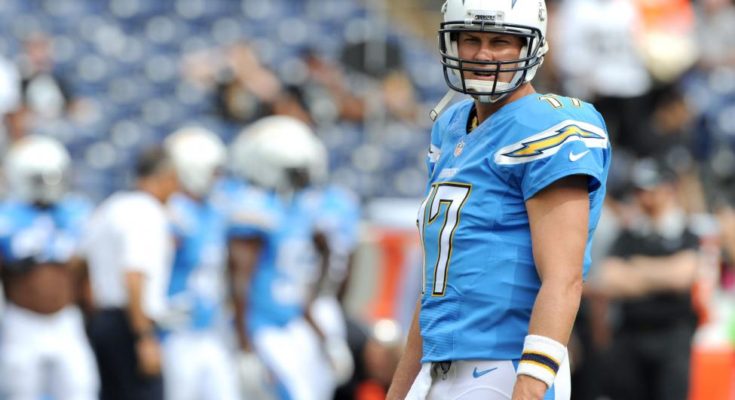 On January 20th, 2021, Philip Rivers announced that he is retiring. Philip Rivers’ retirement mean that he and his wife can now focus on starting a family… wait a minute. Did you know that he has nine kids?

With that being said, the 17-year old veteran will be missed in the league by many. Rivers spent years as a gunslinger for the San Diego Chargers before the team moved to Los Angeles. When Rivers became a free agent this past offseason, the veteran decided to pack up and move to Indianapolis to try and lead the Colts to the promise land. In his last attempt to win a Super Bowl, the Buffalo Bills bounced the Colts out of the playoffs in Wild Card weekend with a final score of 27-24.

When the news broke this morning, Adam Schefter tweeted Rivers’ statement to ESPN for everyone to read.

Philip Rivers’ retirement allows us to look back to his postseason accomplishments, which are next to none. Rivers led the Chargers to four division titles and six postseason appearances before leading the Colts to the playoffs this year as a wildcard team. Throughout his 17-year career, Rivers only made the AFC Championship once. Granted, let’s also not forget the Rivers tore his ACL in that game and continued to play.

No matter what, we will always miss Philip Rivers on the field. The trash talk, the competitive nature, the excitement; Rivers is a phenomenal character to watch on the field. Enjoy retirement, Phil. Good luck being around the house all the time with nine kids!

If you want to read an article about Rivers’ last game ever, check out a recap of the game on our site, here!

View all posts by Spencer Barras →