A year ago, today, Kobe Bryant passed away in a helicopter crash that left the whole world in shock.  Sitting here today, it’s still hard to process that he is not with us any longer, nor are the other eight who lost their lives with him that day.  LeBron James had just passed Kobe on the All-Time scoring list the night prior against Philly, Kobe’s hometown.

While Kobe Bryant won his fair share of titles, he also brought home awards off the court. In 2018, Kobe was awarded an Oscar for his short film, “Dear Basketball.”  The film was a poem Kobe had written heading into his last season.  “My heart can take the pounding, my mind can handle the grind, but my body knows it’s time to say goodbye.”  In a five-minute window, Kobe takes you from rolling up tube socks as a kid pretending to hit the buzzer to saying goodbye after a storied career. The film is chilling and tear-jerking.  A look into what the game meant to Kobe but more about him letting it finally go.

Is there really any other way we’d expect Kobe to go out? In his final outing in a Laker jersey, Kobe Bryant dropped 60 points in a comeback win against the Utah Jazz. He’d put up 50 shots in his final game and gave the fans one more go-ahead bucket. With less than a minute left in the game, Kobe dribbled to the right of the elbow and stopped. Next, in pure Kobe fashion, he sank the go-ahead bucket. It was an impressive performance but not a surprising one. Kobe played his last game like all the other ones through his career, with everything he had being left on the court.

In 2013, Kobe and the Lakers were by no means what they used to be. Kobe had gone off in April helping the Lakers fight for a seven seed in the West. Against the Warriors, on April 13, Kobe had suffered one of the worst basketball injuries there is, a torn Achilles. The average player, or even star, would have left the game as expected, but Kobe was anything but average, and he wasn’t just another star. He would walk to the bench and then back to the free-throw line, sink his shots and walk back to the locker room.

The Lakers made the playoffs that season and basically because of Kobe alone. Without him, they were bounced in a sweep in round one to the Spurs. Kobe never showed fear. He wouldn’t let anyone see his pain as he treated it like a symbol of blood for the predator to sniff out their prey. The crazy thing about that moment is that Kobe would have expected his teammates to do the same. That’s just how Kobe was, he would never ask more than he would do himself, but he expected excellence.

In 2018, Barstools Big Cat and Alex Rodriguez sat down with Kobe Bryant for an interview for “The Corp.” The whole interview by Kobe was chilling. He didn’t want to go back to the NBA because “I already did that.” When asked about what he wants from his employees at his company, “I expect excellence.” He talked about how he was always reading and writing on planes and hotels. “I was practicing for after the game.” Kobe always had a vision for after basketball and worked just as hard at it as he did the game. “I didn’t just write “Dear Basketball,” retire and luck my way into an Oscar,” he said. Kobe was a one of a kind. A true student of the game and always wanting to be better on and off the court. Kobe didn’t believe in excuses, and he didn’t tolerate a lack of effort. Maybe Kobe was more talented, and maybe he was always going to be better than the rest. Even if that’s the case, it never stopped him from working harder than everyone else.

One year later and it’s still a shocking thing to think back on. The disbelief, heartache, and pain that the basketball world still feels for Kobe and the other loved ones lost on that tragic day. Kobe was more than an athlete and did more than play basketball. Whatever it was he did, he would give it his all. Maybe that’s really the greatest Kobe story of them all. A man who refused to settle for anything less than great, than excellence. He joined forces with The Sports Academy to create the Mamba Academy to teach and train future athletes. A man who was a role model and mentor to young men and young women such as Sabrina Ionescu, the 2020 number one overall pick in the WNBA Draft.

Kobe wasn’t big on player comparisons and argued that one generation doesn’t happen without the other. Maybe that’s just the right mentality. Kobe wasn’t worried about being the greatest of all time. He was trying to be the greatest at every moment in life on and off the court. Excellence, greatness, hard work, mamba mentality. Prayers to all the families involved that day. While Kobe was the one that made headlines, all nine of those lives mattered. Never take this life for granted. Kobe didn’t. 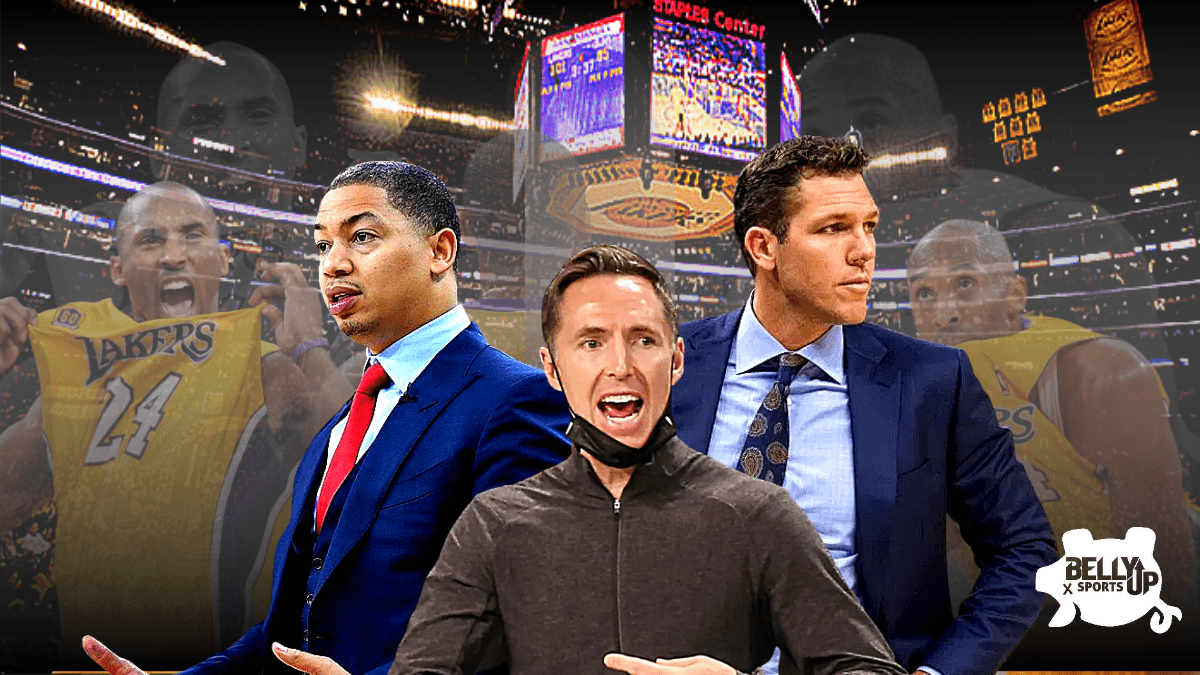