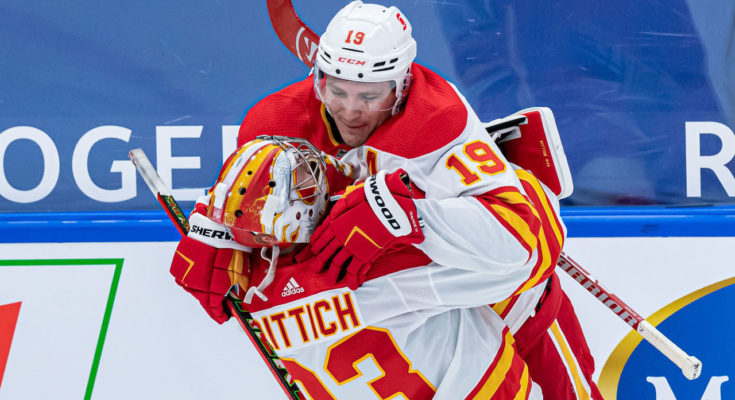 Listening to my Calgary Flames morning radio show on Monday, the guys were breaking down everything that hasn’t been going right for the Flames lately, especially over the weekend versus the Edmonton Oilers. They didn’t play with emotion, they weren’t playing as a team, they were always playing from behind or “chasing the game” as they say in the biz. Let’s also throw in the fact that two of their top players have been pretty much missing for most of the season so far. Well my Friends… that all went out the window last night. Let’s recap and see if the Flames checked all the boxes!

Getting on the Board First… CHECK!

In their previous 18 games, the Calgary Flames had given up the first goal in like 11 of those I believe. In five or six of those 11 games, they had given up the first two goals. It’s hard to win games when you are chasing the game from behind. Last night in Tronno… sorry… Toronto, the Flames not only scored first, but Sam Bennett scored again. Ever since his agent blabbed about Sam wanting out of Calgary behind the team’s back, Bennett has been really effective and factoring in on the scoresheet. Ok, maybe the controversy had nothing to do with it. Could be the fact that he has been on the #1 line with Johnny Gaudreau and Sean Monahan.

Getting on the Board Finally… CHECK!

The Flames extended their lead mid-way through the second period when none other than Matthew Tkachuk scored his first goal in nine games. Captain Mark Giordano fired a shot from the point, and Chucky tipped it home past Leafs goaltender Michael Hutchinson to make it a 2-0 game.

Early in the third period, the Flames put up some more insurance with Sean Monahan taking a shot from just beyond the slot and after Tkachuk takes a couple swings at the loose puck in front of Hutchinson, Monahan swooped in to put the rebound in the back of the net for his first goal in like forever.

David Rittich got the start in net for the Flames after a late day announcement that Jacob Markstrom was out with a upper body injury. Rittich was still looking for his first win of the season after coming so close against the Oilers. Rittich made some great saves and got a bit of luck as one shot sat on the ice by the goal post before he smothered it and one shot rang off his noggin and then off the crossbar. This would be his night though as he stopped all 34 shots the Toronto Maple Leafs threw at him. Hey look, 34 did factor into the game last night!

Playing as a Team… CHECK!

The Calgary Flames take this one by a score of 3-0 and upset the #1 team in the National Hockey League right now. In doing so, they also shut down the 16-game point streak of Auston Matthews, who is probably the most potent player in the league right now. Matthews was -1 and only had three shots on goal Monday night. The Calgary Flames played as a unit and with some fire and checked all the boxes of what they needed to do to secure the victory.

The Flames will take on the Leafs once again on Wednesday night in Toronto. 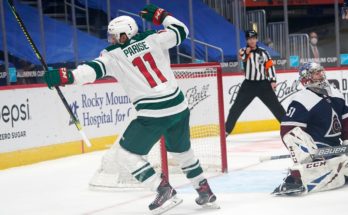 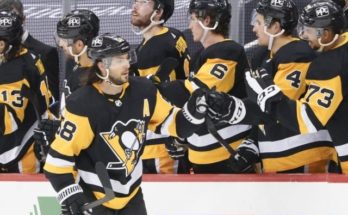 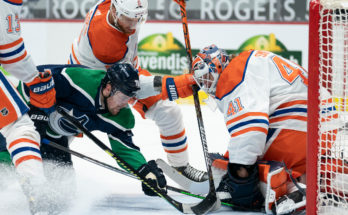 View all posts by Jason Beisick →