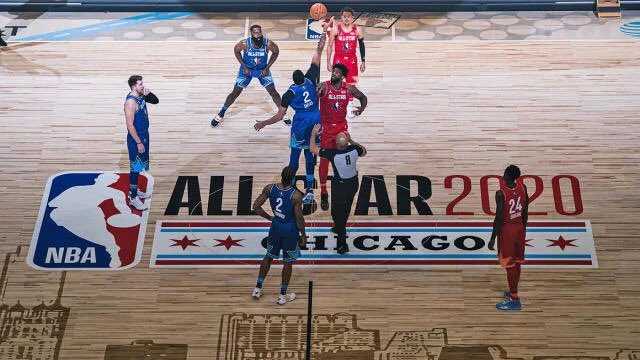 There have been years this was more understandable. Sometimes an international player will have the support of an entire country. In 2016, Dallas Mavericks Center Zaza Pachulia was just 14,000 votes shy of being an All-Star Game starter over Kawhi Leonard, and was nearly 120,000 votes ahead of Blake Griffin. At the time Pachulia was averaging 10.5 points and 10.8 rebounds per game. That’s okay for a run of the mill starting center… but Kawhi Leonard, in 2016, was already a perennial All-NBA player and Finals MVP. That Pachulia was even close presented a problem.

The next season, the NBA made a change. Instead of having the fan vote be the sole determiner of the All-Star starters, they created a formula. Fan vote accounted for 50 percent, the largest chunk. Then 25 percent went to a player vote and 25 percent was a combination of nationally recognized media members. That allowed for fans to have far and away the most say, but not the only say, in the All-Star starters. Crisis averted, right?

It appears not. The fans have, clearly, still not really gotten a handle on how to think of who is and is not an All-Star. There are a few problems, for certain.

Lakers’ LeBron James and Nets’ Kevin Durant continue to be leaders in second round of NBA All-Star Game fan voting. Warriors‘ Stephen Curry and Wizards‘ Bradley Beal leaders at their position too. pic.twitter.com/rCe7VBQp1z

To start: if Klay Thompson were playing and even 75 percent of his normal self as we last saw him play, he would clearly be an All-Star. He might have even been an All-Star starter, depending on how the Western Conference guards shook out. However, Klay missed last season recovering from ACL surgery, and will miss this season recovering from an Achilles tendon injury.

How can Klay Thompson play at an All-Star level if he can’t even play?

It seems impossible to assume that people voting for Klay Thompson are actually watching NBA games, because he hasn’t played in one in a year and a half. His last time on the floor was impressive, but that’s not how you make this year’s All-Star game.

Listen, Russell Westbrook has played like an All-Star in the past. He even has, arguably, been snubbed from starting in the game before, but what if your team is decisively better without you?

Russell Westbrook is getting a lot of votes, undoubtedly, because of his highlight and clutch three pointer to beat Brooklyn earlier this season. If fans voting watched NBA games, and not Sportscenter or Instagram clips, it’s hard to imagine they’d be voting for Westbrook. His counting stats, as they are every year, are strong. Westbrook’s averaging nearly a triple-double, and he is good for two highlight plays a game minimum. Though, the team has twice as many wins, in half as many games, without him. Is he really playing at an All-Star level if the Wizards would rather him not be playing?

Alex Caruso is a decent role player who comes off the bench for the Los Angeles Lakers. Caruso wouldn’t be the first bench player to start in an All-Star game. Hell, he wouldn’t even be the first Laker… in 1998, while playing behind Eddie Jones, Kobe Bryant also started for the All-Star team (in fact, Jones came off the bench for Bryant in the All-Star game even though their roles were reversed in the regular season).

Caruso is a strong defensive player, but he is averaging 5.5 points, 2.4 rebounds, and 2.1 assists per game. He’s currently playing just 18.6 minutes a night, which is just over a quarter and a half of a game. It’s not that he’s shooting poorly, or that he’s bad. It’s that if he were the Lakers third All-Star, he’d be on the floor more.

The Problem With Voting Poorly

To be fair to the dumb person who is a bad NBA All-Star game voter: the game is about entertainment. If the players really want to see Caruso play defense agains Russell Westbrook bricks, what’s the big deal? They got what they wanted, right?

The big deal is it hurts players. No, it doesn’t hurt the superstars like LeBron James, Steph Curry, or Kevin Durant. They will be in the game with almost certainty. It’s not that it even, really, hurts the reserves. In the NBA All-Star Game, the reserves get voted on entirely by the thirty NBA coaches.

The guys this hurts are the guys who are at the fringes of playing like an All-Star. If Alex Caruso is getting 200,000 votes, that’s 200,000 votes someone like Damian Lillard isn’t getting. If Bay Area weirdos are casting 225,000 votes for Klay Thompson, that’s 225,000 votes Donovan Mitchell isn’t getting even though he’s leading the Jazz to the top of the Western Conference.

Players’ contracts, especially for guys who haven’t made an All-Star game, are usually incentive laden. Mitchell’s contract ranges from a total of $163 million to $195 million, based entirely on incentives within that five year range. Mitchell doesn’t play in Los Angeles, the Bay Area, or the nation’s Capitol. His team is winning, often and by a lot, and thus he doesn’t have some lucky buzzer beater to beat the Nets in SportsCenter Top 10. Voting for a goofy looking defender with a bad haircut is funny, but when #LakeShow does it in droves, and it hurts a guy like Mitchell, what’s the impact?

Amongst other things, it reinforces the idea that playing in a big market is better for you. If Mitchell were playing at the same level in LA, he’d probably net the votes he’s missing to start. If Caruso were in Utah? He’s be another, worse, Joe Ingles.

So when a guy, like Mitchell, makes the decision to go to LA, it is in part to get the recognition of the bad voter. There’s financial incentive to be able to pull in a casual voter, and the easiest way to do that is to play in a big market… or to have Garrison Matthews steal an inbounds pass and flip it to you for three.

The finish of Nets/Wizards was WILD 😳

There is a trickle-down element to this. Bad voting by dumb people for starters leads to the coaches trying to clean up the mess in the reserves. If bad voting means that Russell Westbrook, in a year he doesn’t deserve an All-Star appearance, gets in the game, forcing the coaches to add a James Harden as a reserve, and thus bump Zach LaVine out of the game entirely? This inevitably impacts who is and isn’t “snubbed” from the All-Star Game.

There will always be “snubs”. That part is unavoidable. But there don’t have to be “snubs” because dumb people voted. If there are… what’s the big deal?

The big deal is that we use All-Star counts as validation and confirmation of success. When introduced into the Hall of Fame, Kobe Bryant was listed as an 18-time All-Star. Kevin Garnett was a 15-time All-Star, as was Tim Duncan, and so on.

Those three were obviously Hall of Famers when they were inducted last year… but what about  Vlade Divac, who had just one All-Star appearance and was inducted year before? How much was his case helped out by making the 2001 NBA All-Star Game?

Further, what if dumb voters, and the trickle down impact they have, are keeping future one-time or two-time All-Stars out of the Hall of Fame?