With the 2020-21 football season now in our rearview mirror, the sports world looks forward. The NBA and NHL are in full swing, spring training is just around the corner, and the NFL offseason promises to bring old faces to new places along with a fresh crop of draft prospects ready to make their mark on the league. Before fully turning the page, though, let’s look back at the storylines that helped shape this season in football. From the relative success in navigating the pandemic to the frustration of losing stars to injury, and finally the emergence of unexpected champions; here is our NFL 2020-21 Season Review.

It’s difficult to remember how it felt at the time, almost as if a lot has happened this past year. In March, when Tom Brady announced he’d be joining Tampa Bay, few rushed to anoint the Buccaneers as prohibitive Super Bowl favorites. Sure, Tampa had impressive receiving threats like Mike Evans, Chris Godwin, and Cameron Brate. They even had a solid defense that ranked atop the league in some key metrics. Still, to most people, the decision appeared to be that of an all-time great quarterback ready for warmer pastures and easier living in the final stage of a Hall of Fame career.

I guess we should know by now; every decision Brady makes is based on his expectations of a Super Bowl title. Nothing else.

No one predicted Brady would coax Rob Gronkowski out of retirement or lure Leonard Fournette off of waivers. With no meaningful offseason and zero preseason action, it seemed unlikely even for Brady to so quickly and successfully familiarize himself with a brand new team, coaching staff, and offensive system after 20 years of continuity with the Patriots.

Those that predicted a loss in his battle versus father time years ago were again proven wrong. Ditto for the talking heads who thought his tenure in Tampa Bay would be comparable to Michael Jordan’s final stint in Washington; one to set up his future business decisions, and that of a legend refusing to accept the dominance that marked his career had reached its end. The main takeaway from the start of this new era in the defiant career of Tom Brady is the same as it’s always been, never bet against him.

If this was year one, the rest of the league should be very concerned with what comes next.

Entering the season, the primary focus for the new crop of rookies was on the quarterbacks. Headlined by first overall pick Joe Burrow, it was difficult to see which team (if any) had struck gold. There was the question of when Tua Tagovailoa was going to see game action in Miami and, to a lesser extent, what the Chargers had in Justin Herbert. We now know Herbert, voted offensive rookie of the year, was severely undervalued and that Burrow will be a force once healthy. Questions linger for Tagovailoa, but the real story for the 2020 draft class is how deep the talent runs beyond the quarterbacks.

On defense, there’s Chase Young in Washington. In his rookie season, he’s already shown glimpses of being one of the most skilled rushers in the league. Sticking on the defensive side of the ball, there’s defensive back Antoine Winfield Jr., a mid-second round pick who burst onto the scene for Tampa Bay as a key piece in their Super Bowl run. Offensively, there are first-round stud receivers like Jerry Jeudy in Denver, CeeDee Lamb in Dallas, and Henry Ruggs III in Las Vegas all living up to their billing. There are also pass catchers who didn’t jump off the draft board like Justin Jefferson in Minnesota, Brandon Aiyuk in San Francisco, and Chase Claypool in Pittsburgh who have already made names for themselves.

As you go down the list of picks throughout the first two rounds of last season’s draft, you’re continually met with names you heard all season.

It was just one year, and longevity is the true marker of success in this league. However, the early returns for the 2020 draft class tell the story of one of the most talented groups in recent memory.

This season was unique for many reasons. By far, one of the best new adoptions to come as a result was the expansion of the playoff field from 12 to 14 teams. Concerns with expansion surrounded the potential for a diluted quality of play, as well as the ramifications of the conference’s number two seeds losing their first-round bye week. The result, however, was a complete success. A six-game opening weekend for the playoffs felt like a special event; on par with the beginning of March Madness as a kickoff befitting of what’s to follow. As for the initial concerns, the quality of play didn’t suffer by any objective measurement. With regard to the second seed losing their first-round bye, we simply bid farewell to a tradition whose only rationale for existing was that’s how it has always been.

In a season where the narrative shifts surrounding which teams were pretenders and which were true contenders seemed to happen weekly, this expanded postseason format was a clear win. When you factor in the added revenue for broadcast partners and gambling sites, not to mention ticket and concession sales once fans are able to return fully? It’s hard to imagine the league will ever turn back.

Atlanta was 4-12 and ended their season on a 5 game losing streak. Of their losses, eight were by one possession. Six were by four points or less. Two came by a single point. Their head coach and general manager? Both were fired. Their franchise quarterback Matt Ryan and one of the best receivers in the league, Julio Jones? Both could be gone by next season.

San Francisco was 6-10 and ended their season losing 7 of their final 9 games. One season removed from a narrow Super Bowl loss, the 49ers lost just about every one of their playmakers for a portion of, if not the entirety of the season. At least during a difficult season, they were able to take comfort at home, right? Sure, until county authorities deemed high-contact sports too risky for public health and shut down their facilities. The 49ers then had to spend the last month of the season playing their home games in Arizona.

If the top storyline of the season was COVID-19 and how the league handled the pandemic, you don’t have to travel far down the list before hitting another unfortunate narrative that teams had to endure this year: injuries.

Football is a brutal sport. Every season is bound to see its share of season-ending injuries. This season, though, the high-profile nature of the players sidelined was particularly jarring. Faces of the league like Saquon Barkley and Nick Bosa were knocked out for the year in just Week 2. None of Odell Beckham Jr., Dak Prescott, or Jimmy Garoppolo played even half the season before injuries ended their run. Carolina’s star running back, Christian McCaffrey, played just two games before an ankle injury sidelined him for six weeks. In his first game back, he hurt his shoulder and missed the rest of the season. Even Joe Burrow, the top pick of the 2020 draft and one of the best storylines of the year suffered a gruesome injury in Week 11 which prematurely ended his rookie campaign.

This obviously doesn’t begin to scratch the surface of all the players who lost out on money, opportunity, and a chance to compete in the sport they love throughout this season. Nor does it include the players who opted out of the season due to COVID-19 concerns. Football is a brutal sport, and here’s hoping the players mentioned above and all the others who may not have the same billing will be able to come back hungrier and stronger next season.

I distinctly remember how foolish I felt as I drafted my fantasy football team in September. What, like this is even going to matter in a few weeks?

Despite the success of the NBA bubble in Orlando and the impending culmination of the MLB’s season, I was one of many who didn’t see how the NFL was going to navigate this year in the midst of the COVID-19 pandemic. Were they instituting a bubble like the NBA or significantly reducing travel? No. Were they shortening the season as the MLB had? Also, no. There were hiccups; like a game in Denver where the Broncos were forced to play without a rostered quarterback, and a Thursday game being delayed to the following Wednesday. All in all, though, the league somehow avoided the types of disruptions many had come to accept as inevitable.

Much can and should be said about the NFL’s priorities this season. Without much analysis, we can safely say their policies for testing, tracing, and quarantining favored getting players back on the field above ensuring their safety. That much is hardly debatable. In the end, though, they did what they set out to do. All 32 teams played the full 17-week regular-season. There was a postseason, and ultimately, a Super Bowl champion.

I never thought it was going to happen. I’ve never been so happy to be wrong.

This offseason will see a much higher than normal volume of big-name free agents hit the open market. Defensive stalwarts, offensive stars, and key role players will find new homes and big contracts, but no group is expected to have as high a level of fluctuation as the league’s 32 starting quarterbacks. Going down the list of franchises, the teams without question marks under center are a fraction of the squads who will likely explore their options.

With the Rams trading Jared Goff to Detroit for Matthew Stafford, we can assume for the time being that both teams have the quarterbacks they want for the upcoming season. Is Goff the long term answer for the Lions? Probably not. Even if we lock Goff in as Detroit’s answer, though, the list of teams who will at least consider other options this season include:

Will some of these teams likely retain their starter from this season? Absolutely. Still, 18 of the league’s 32 organizations will likely consider the draft, free agency, and the trade market as they evaluate who will best help them accomplish their ultimate goal of winning a championship.

Even with this year’s playoff expansion, four teams from the 2019-20 postseason didn’t make the cut in 2020-21. On average, the playoffs see at least two new participants each year, meaning there is a high likelihood at least two of this season’s postseason squads will miss out on title contention next year. Will the likely quarterback shift in New Orleans make the Saints a candidate for regression? Do we expect the Patriots will miss the playoffs in consecutive years for the first time in the Belichick era?

We know this offseason will see plenty of movement for key players throughout the league; we shouldn’t be surprised when next season brings new teams to the playoff dance. The only downside is we’ll have to wait almost a year to see who they are. 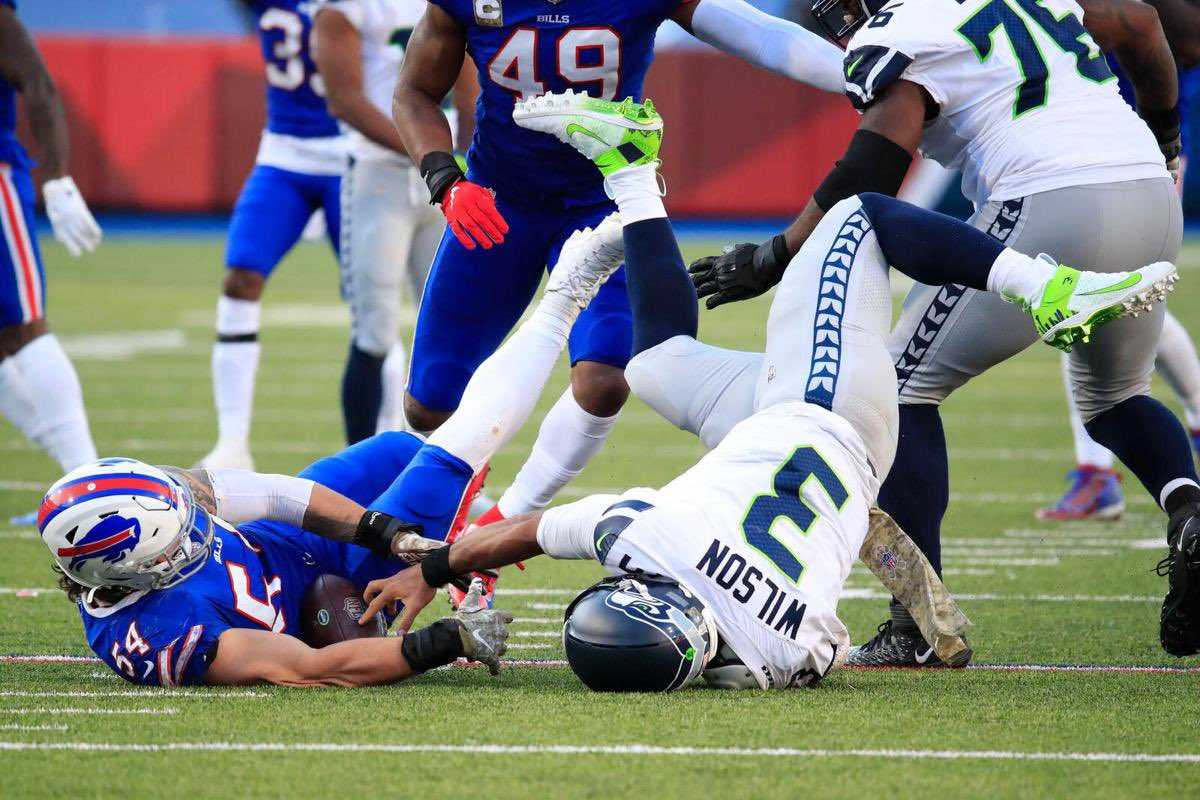 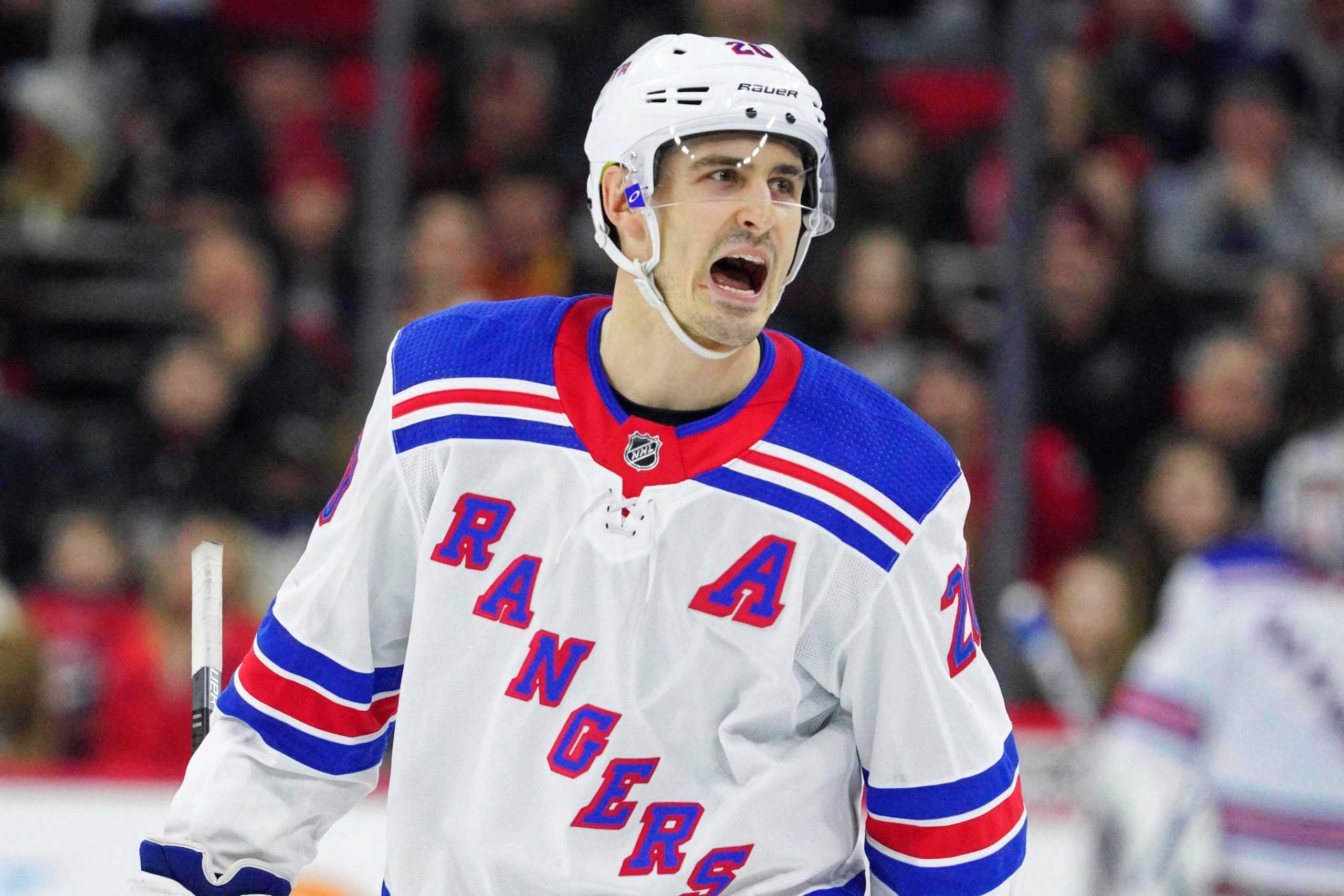 Where is the Rangers offense?