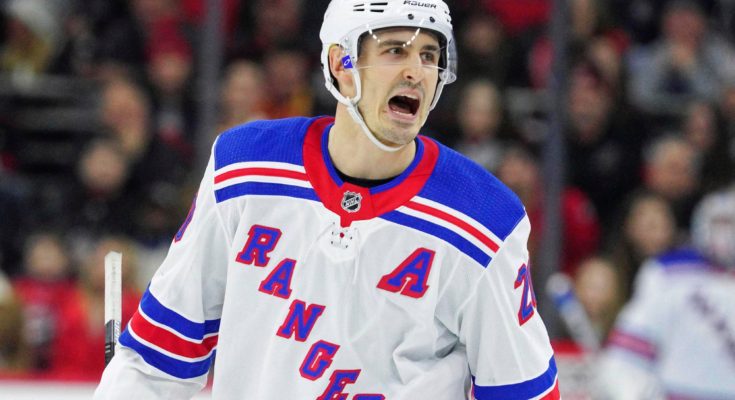 The Rangers have the fourth worst power play in the NHL. Scoring on just 11.5% of their opportunities. They have only scored 6 goals all year on the PP and have not scored a PP goal in the last 4 games. This years unit is a far cry from last years team, that converted on 22.9% of its PP opportunities good for 7th best in the NHL. What’s different? Two big factors are no more Tony DeAngelo and Mika Zibanejad.

DeAngelo ran the PP point to perfection last year. Fox has played well in that role but with no Tony D the second unit now has Jacob Trouba running the point. Trouba has struggled this year with hitting the net with this shots. The Rangers are seeing the impact of not having an elite offensive defenseman on both units. The second power play unit has yet to produce a goal yet this year.

The second factor is Mika Zibanejad. The power play isn’t the only thing Mika has struggled with this year. Mika missed all of training camp recovering from covid and 13 games into the season he is still trying to shake the offseason rust. On the season he has just 1 goal and 2 assists. This is the same guy that put up 41 goals last year in just 57 games. Same guy that averaged 1.3 points per games last year. So what is wrong with him? Watching him play you can clearly see his timing is off. His once lethal one-timer on the power play has been off all year. Either fanning on the shot or missing high. Mika is getting plenty of opportunities, he still leads the team in shots on goal, but just can’t finish.

Historical statistics will tell you this will turn around. In his career he averages a 12.6% shot goal percentage so this years 2.6% has to go up. As long as Mika struggles the Rangers will struggle. Not sure what the Rangers could do to spark him, maybe put Panarin on his line?

I know I am not the only Rangers fan that loses his mind when Quinn starts juggling his lines in the second period. Players are not going to gel if they are constantly being moved around the line up. I think Quinn needs to set his 4 lines and roll with them for a couple games. On my podcast The Broadway Hat Podcast in episode 3 we interview NHL great John Ogrodnick and we talked about line juggling. He said one of the things he liked most about playing for former Rangers coach Roger Neilson was that he had a 10 game rule. He would roll with a line for 10 games and let them gel together. After 10 games if he didn’t like it he would make a change but at least he gave it a enough time to perform. Quinn makes changes after 10 shifts.

With the Devils and Flyers still battling covid there is a good chance the Rangers won’t play until next weekend. Quinn needs to set lines and let them practice together for the entire week and then give it a couple games before he makes a change. Here are the lines I would like to see:

I think Buch and Panarin can give Zibanejad’s play a jolt. The two of them have been the Rangers most consistent forwards this year. I think Strome and the two youngsters played very well together against the Bruins and Quinn should keep them together. I would move Rooney up to the 3rd line. He has played well this year and deserves to be moved up in the lineup. Gauthier scored his first NHL goal two games ago and played well against the Bruins last night. Krieder moves down the line up as he continues to search for his game as well. As for the 4th line I am moving Blackwell to center. Howden has been awful this year just 1 point in 13 games and looks lost some times out on the ice. Maybe a few games in the press box gets his game going.

The Rangers need to take advantage of this extra practice time and get this offense going. All the positive steps on the defensive end go by the wayside if you can’t score to win games. These extra days off will also give Panarin some time to recover from his lower body injury. As we saw Friday night an already struggling Rangers offense looked even worse without its star.

Kyle is a lifelong diehard New York Rangers fan and in 2020 took over as the teams beat writer for Belly Up Sports. Kyle also has a NY Rangers podcast on the Belly Up Podcast Network called The Broadway Hat Podcast.

View all posts by Kyle Hall →