Blue Jays Romp Over Tigers Was Everything Fans Want to See

The Toronto Blue Jays took on the Detroit Tigers in Grapefruit League action on Thursday afternoon and it was glorious!

They hit four homers, pitched well, and provided fans with a shot in the arm in the “dog days of spring”.

George Springer, who had been held out of Tuesday’s game with abdominal tightness, got the party started.

George Springer connects with a leadoff homer. He took big rips over the course of the 8 pitch AB before connecting on the line drive homer. pic.twitter.com/jEWZDaJKwH

Next, it was Vladimir Guerrero Jr., who laced a Michael Fulmer offering to straightaway center. It was his first big fly of the spring and highlighted a 3-3, 4 RBI performance.

Came across this interesting article that has high hopes for Vladdy in 2021.

Why is that notable? Fernando Tatis Jr., Juan Soto & Vladimir Guerrero Jr. will all be 22 on the last day of the regular season

Alejandro Kirk is one of the more intriguing prospects in Jays’ camp. There are questions about his ability to remain behind the plate.

For his part, Kirk has shown up to camp in good shape. He also showed off his opposite-field power.

After a rough 2020 campaign, Tanner Roark is still considered a favorite to land a spot on the starting rotation. And so far he looks up to the task.

Roark pitched three clean innings and only gave up one hit. He has made a change in his delivery which seems to be working for him.

“Why not try new things? It could work, it could not, but at least you tried it.”#BlueJays starter Tanner Roark hasn’t needed to change much in his career, but then 2020 happened, so he’s trying something new:https://t.co/2nJ1eCMjqS

Nate Pearson had the highest average velocity (98.4 mph) on his fastball in the first set of Statcast data made available. He’s still recovering from a groin strain, although it’s not thought to be serious.

Gregor Chisholm: Nate Pearson’s injury gives the Blue Jays a chance to be patient with their top prospect https://t.co/fN8wsuMj2a

Joey Murray had the fourth-highest spin rates for his fastball (2,706 rpm) and the highest (3,105 rpm) for his curveball. Although he’s not expected to make the Opening Day roster, Murray is a prospect to keep an eye on.

I got this information from an article I read on MLB.com.

In an effort to give their fans some access to the team, the Jays unveiled Field Cam this week. It’s a video feed that’s available on their website that shows their games on a split-screen. On one screen is the pitcher-batter matchup with a field view for the other cam.

Steven Matz looked sharp once again in his second appearance of the Spring.

Steven Matz pitched well again for the #BlueJays, which is important for a rotation that has moving parts with Nate Pearson in tough to be ready for season’s start: https://t.co/388jtIihHY

The Jays’ depth outfielders have impressed early on in camp. Forrest Wall, Josh Palacios, and Jonathan Davis have all looked like they belong in limited action.

There’s a spirited battle waging for the final roster spot between Santiago Espinal and Joe Panik.

It appears that Ross Stripling will get the first chance at a spot in the rotation if Pearson is unavailable.

Blue Jays: Ross Stripling has a leg up on the competition for rotation spot via @ClaytonRicherhttps://t.co/r8iNV1TsSV

It was only a meaningless Spring Training game, but it was a snapshot of future success. Obviously the Jays can’t expect that kind of offensive explosion every game, but it was encouraging.

They got big performances from key contributors, which is exactly what they’ll need to be competitive in the American League East this season. 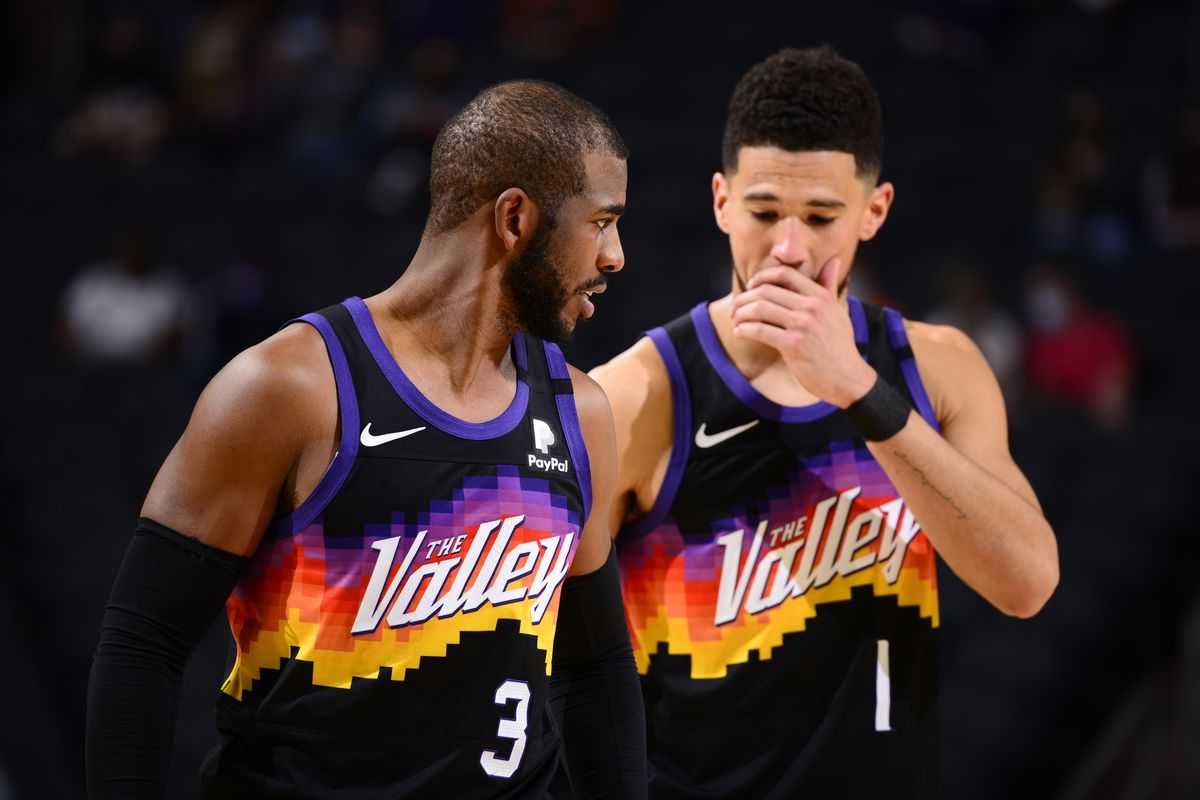 Chris Paul is the MVP… Right After LeBron James