The NBA announced on Tuesday night that Knicks forward Julius Randle would be fined $15,000 for his recent transgressions against the league’s officiating. The King of New York dropped the F-bomb on the postgame Zoom call following a heartbreaking 101-100 home loss to the top-seeded Sixers on Sunday. Randle responded by torching the Washington Wizards’ defense with 37 points on Tuesday night in a Knickerbockers bounce-back victory at Madison Square Garden.

Here’s how it Went Down.

After a controversial loose-ball foul call that more or less decided the most recent contest between the Knicks and Sixers, Randle didn’t bother to mince words during his virtual postgame interview: “for them to call that and decide the game is fucking ridiculous.” In efforts to vindicate his team after the loss, King Julius went on to directly blame the officiating crew for Sunday’s outcome: “they got to do a better job. It’s too many games like this.” The call led to two game-winning free throws for Philadelphia.

The league’s decision to fine Randle was a predictable move. Clippers guard Paul George was recently fined $35,000 for his postgame criticism of the referees. So it seems that Randle actually got off easy from a monetary perspective.

The NBA has been much harsher in recent years as it pertains to disciplining players and coaches for publicly condemning the league’s officiating. When asked how he felt regarding the NBA’s claim that the officials made the right call at the end of Sunday’s game, Randle gave a much more conservative answer: “no comment, man.”

The King of New York Can’t be Happy

Even when you’re a multi-million dollar NBA athlete, it doesn’t feel good shelling out $15,000 for saying a bad word as a grown man. Especially when you had a good reason to be upset with a controversial call that decided the outcome of a game your team really would’ve liked to win. The Knicks have now lost 15 straight games to the 76ers. So Randle’s postgame frustration that night was understandable.

Even if King Julius did give Tobias Harris a slight nudge in the back at the end of Sunday’s game, that was a weak call to make in a heated overtime battle between two division rivals in the game’s final seconds. The King of New York just wants the respect he deserves this season, and he’s not getting it from the officials.

Bad Timing for the Wizards

After the NBA burned a hole in his pocket, King Julius reacted by burning the Wizards’ defense. Randle erupted for 37 points against Washington on Tuesday night. He sunk seven three-balls en route to a commanding 131-113 Knicks victory.

The King of New York truly looked like he was scoring out of anger. At one point, he knocked down three three-pointers on three consecutive possessions. He did so in under a minute. These shots were complete heat checks, but this man Julius was hitting nothing but nylon. Randle was clearly getting his frustrations out from Sunday night at the expense of the lowly Wizards.

The Knicks were up 30 points in the third quarter and Randle was still bodying Wizards defenders in the post. It’s scary hour if you’re a defensive player trying to guard an angry King Julius following a tough division loss. Especially when a bad call led to that tough loss and a $15,000 fine is added on top of it. Poor Washington. What part did they play in any of this? Regardless, they got the brunt end of the Randle outburst, as the King of New York went off in a much-needed Knicks win.

King Julius Wants all the Smoke

The New York Knicks haven’t had an enforcer in the frontcourt on both ends of the floor in decades. The last intimidating big man that donned the orange and blue was Charles Oakley in the 90s. King Julius is the locomotive of this Knicks team on both offense and defense. If he’s not getting fired up about bad calls that cost the team wins, who on this Knicks team is going to do it?

Enjoying his first All-Star season and being viewed as the new savior of the Knicks franchise, King Julius is not about to try to dodge smoke. He knows where he now stands with the Knicks fan base. He knows how long Knicks fans have been waiting for an All-Star-caliber franchise cornerstone. A silly little fine wouldn’t be nearly enough to stop the King of New York from demolishing the sorry Wizards. It won’t stop him from continuing to light up opposing defenses and carry this team through the second half of the season, either.

The Knicks are Back. Just Ask Julius Randle.

The Knicks franchise has been yearning for a fiery leader who is unafraid of confrontation and will push boundaries to find success. Julius Randle is the guy. He’s been doubted time and time again by both the Knicks fanbase and the rest of the league. He’s responded by proving his haters wrong and getting progressively better in each of his seven NBA seasons.

Prior to this season, however, very few people looked at Randle as being capable of carrying a franchise to success. But King Julius has arrived this year, and he wants everyone at the party to know about it. Randle also wants the NBA and its fans to know that the Knicks are back. And that he’s one of the primary reasons for their newfound relevance. That’s why you’re seeing this level of passion and commitment out of him this season. Even if it comes out in the form of foul language at times, Knicks fans have to be loving it.

Julius Randle, don’t stop being you. Not for one damn second. You’re the new King of New York, and with that title comes some leeway to drop a few F-bombs now and again when the refs screw you and the Knickerbockers over. After all, this is New York, isn’t it? 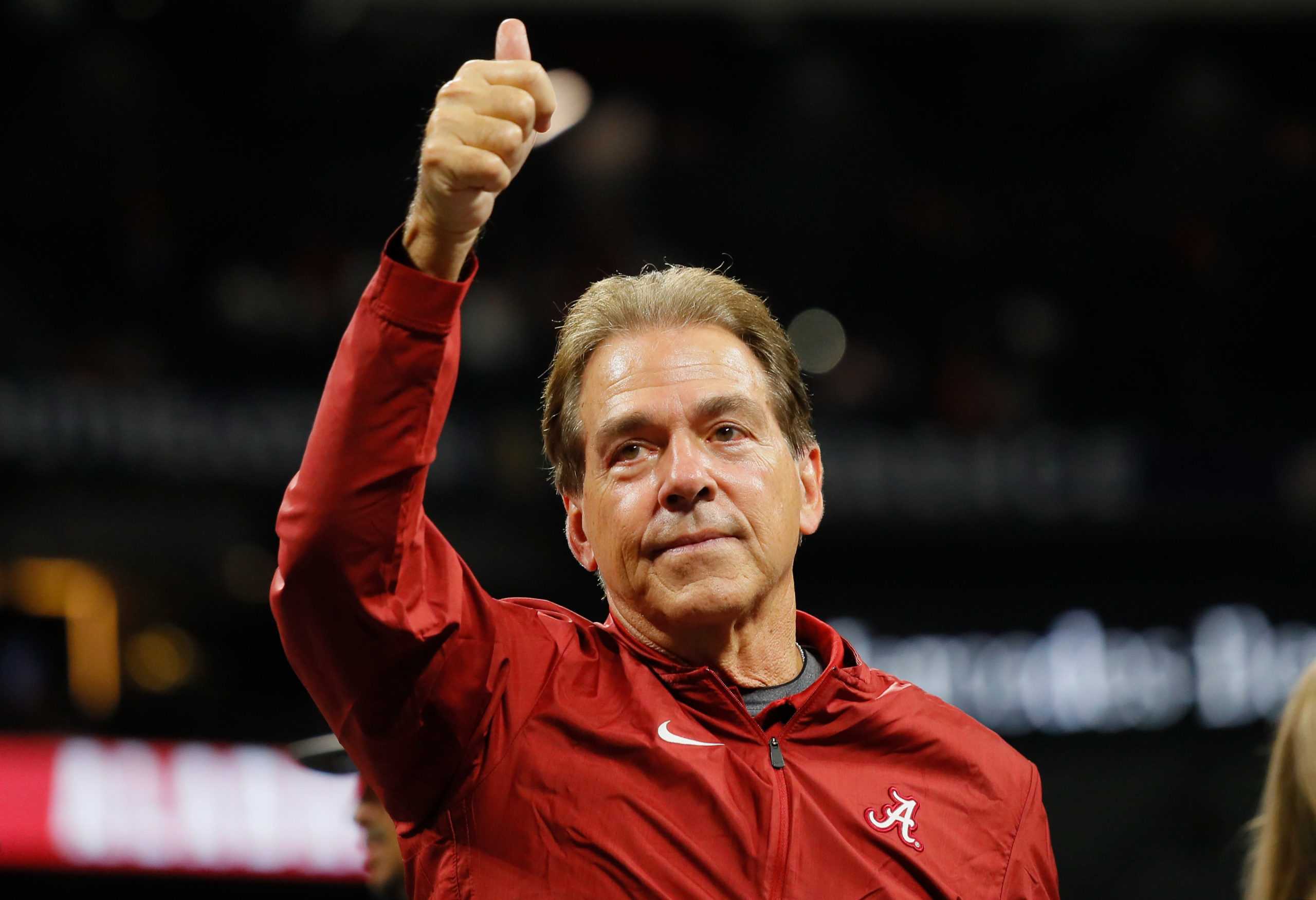 Is the Alabama Football Dynasty Over? 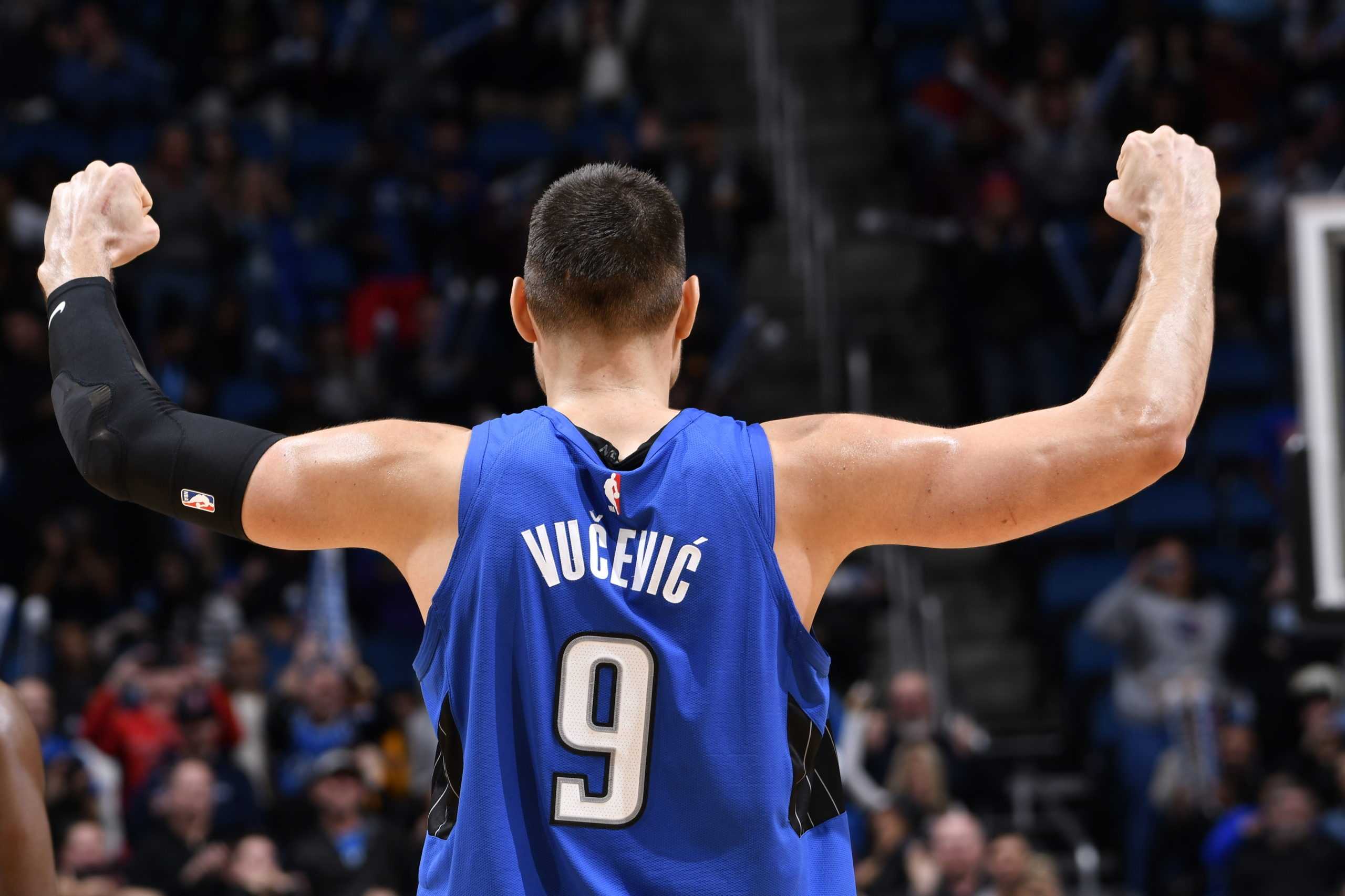