NFL free agency week is here. With the salary cap dropping this year due to the endless pandemic, NFL free agency week promises to get busy as several top players are available. Here at Belly Up, we like to do things differently. Therefore, the following is an article looking at some of the alternative free agency fits for your team. I won’t bore you with outrageous stats or baseless hearsay about a players suitability in a Cover 3 formation. Where’s the fun in that? Instead, it’s time to break down NFL free agency, Belly Up Style!

The Arizona Cardinals are one of the vanilla franchises in the NFL. Nobody dislikes Arizona. Conversely, no-one cares about Arizona. The Cards signed JJ Watt to kick off NFL free agency, although the team still requires help. There are holes on the roster, and this young team must get experienced players to help. With their short quarterback and Hollister-model head coach, Arizona should sign tight-end Jacob Hollister. The big man sports a chisel-jawed frame, plus he can increase the average height of the starting offense. If Kyler Murray stands on Hollister’s shoulders, he might finally see over his linemen. That is a crucial step in the development of a young quarterback.

The Atlanta Falcons are the greatest chokers in recent history. These ugly birds can’t close out games, so I’ll keep this one short and sweet. The Falcons should get Malcolm Butler. Now here’s a guy (sorry, Chris Collinsworth) that can finish a game off for his team. Butler knows how to close out a Super Bowl; I’d say sorry Falcons fans for dropping the Super Bowl. However, It wouldn’t be sincere. It’s still hilarious. Hey Atlanta, go get Butler; he can teach you to not choke in the big moments.

The Carolina Panthers can’t seem to get rid of Teddy Bridgewater, and the Panthers are literally the guy at the dime store attempting to sell those fragile matchbox cars for a cent. Sadly, like those matchbox cars, Teddy Bridgewater is of no value to anyone. Carolina knows it, so much so that the organization is trying to flush him out. The offensive line stinks, Bridgewater crumbles under pressure. Carolina knows this as well. It is an inside job in the Panthers’ front office. Well, Carolina should sign Alejandro Villanueva. The Steeler played terribly in pass protection and run-blocking. If the Carolina powerbrokers wish to exterminate Bridgewater, getting a useless lineman should assist them in their efforts.

Hey, Chicago, what do you say? Mitch Trubisky’s going to stay! Probably not, so Chicago may need to bring in a new quarterback. Currently, the Bears are courting Russell Wilson, although there’s more chance of me taking Selena Gomez out on a date. Bears fans, Wilson won’t come to the Windy City, no matter how tasty your pizzas are. In the end, Chicago will do what they do best; hire terrible quarterbacks. Luckily for Chicago, there are plenty of bad quarterbacks available. The should opt for Blake Bortles; he sucked and rode the dominant defence coattails before in 2017. He sounds like a Chicago Bear already. Bortles is the perfect Chicago Bears quarterback.

NFL free agency always provides Cowboys fans with new hope, as well as new delusions of grandeur. The Cowboys defense played at an atrocious level last year. The old man will wish to rectify that in free agency. Dallas should target the secondary, and there is only one player for Jerry Jones. He played for the Packers, he isn’t good, and he’ll expect a decent bag of money. That’s right, Kevin King is the only man for the Dallas Cowboys. He checks all the boxes for Jerry Jones. King is Jerry’s wet dream, (revolting I know, however, I doubt it works anymore); getting Kevin King is Dallas Cowboys 101. King got burnt by Scotty Miller in the NFC title game, so the ex-Packer should fit in as a Cowboy.

The Lions won’t be big spenders in NFL free agency. However, they should still bring in a few helpful additions. After an opening press conference for the ages, Dan Campbell wants his players to rip kneecaps off. The Lions must bring Ndamukong Suh home. The Super Bowl champion no longer needs to hang around with that avocado-eating zombie. He can come home to the snow and 3-13 Lions. Suh’s reputation precedes him, and he is nasty; he’ll bite someone’s leg off, which is precisely what Detroit requires, as well as the 500 yards worth of penalties.

First things first, I am not an objective person when it comes to the Packers. I don’t like them. Although, for this, I will stay fair. The Packers need another receiver, one that will fight right in with the Lambeau faithful—a receiver whose behaviour is exemplary. One that can follow Curly Lambeau, Vince Lombardi and Bart Starr. Yep, the Packers should get Antonio Brown. How great would it be to see two menstruating divas in Rodgers and Brown become BFF’s? Who knows, it might anger Tom Brady so much that Aaron Rodgers can finally beat him. Or, not, you know, because, well, he’s Rodgers, and he’s a choker.

Sean McVay is a good looking man, no wonder his fiancé is so beautiful. McVay’s dashing good looks and vanity mean that he can’t see one of his players look better than him. No wonder he sent Jared Goff to Detroit. McVay desires a team full of players uglier than him. Richie Incognito is the man. The guard is one wing away from his face getting erected at Hooters. Certainly, Incognito won’t win the Mr Inglewood award in 2021. Sean McVay can rest easy at night. It’s not like Incognito wants to pipe his girlfriend.

Supporting the Vikings is a bit like experiencing vanilla sex; you hardly remember, you hardly look forward, and there’s little chance of any glory. The Vikings are one of those mediocre franchises that barely scratch the NFL surface. Minnesota needs tight-end Seth Devalve. To paraphrase The Rock, “who in the blue hell is that?” That’s why he’s a perfect fit for Minnesota. We don’t care about Seth Devalve, and we sure as hell don’t care about the Vikings. They’re a match made in anonymity.

Let’s cut to the chase. The New Orleans Saints can’t afford a day-old Volcano Burrito from Taco Bell (other taco places are much worse), so I’m not wasting my time thinking of a free agent when New Orleans can’t find two cents in the back of Sean Payton’s playbook. I wonder if that bounty gate change is loose somewhere at the Superdome? Next!

Is Danny Dimes the answer in the meadowlands? Honestly, I don’t know. Nevertheless, the New Jersey Giants will want competition at the quarterback position. They’re looking for a man who knows the staff and lives somewhere worse than New Jersey. Brian Hoyer is the man. Moonachie is an upgrade on Massachusetts, plus Hoyer’s chrome dome would look fantastic as the sun glints off it in the New Jersey sun on a Sunday afternoon.

The Eagles want a quarterback who is a statue. It is not for game plan purposes, so the fans can throw snowballs at him while he hangs in the pocket. Plus, the team wants someone used to the east-coast, tri-state area. That’s Joe Flacco. Jalen Hurts a rookie, while it seems like Howie Roseman likes quarterbacks that throw interceptions. Joe Flacco is Howie’s man. Finally, due to Flacco’s lack of mobility, Philly fans can throw snowballs, cheesesteaks or whatever else they want.

Move over, Jimmy G. You’re time playing the California heartthrob is over. You failed to attract new fans for the Santa Clara 49ers. Therefore, there needs to be a new heartthrob in the Bay area. Ryan Kerrigan’s square-jawed good looks will surely attract new fans to drive two hours out of town to watch a game of football. Sorry, Erin Andrews, Jimmy G isn’t the man anymore.

The Seahawks play at Lumen Field, so it’d be amusing if they sign Kawann Short. I think they shouldn’t. What Seattle should do is get Jerry Springer in the building. Then, Jerry can sit with Pete Carroll and Earl Thomas to rebuild the relationship. Hopefully, Earl doesn’t bring his brother to the meetings as a conduit.

The Bucs enjoyed the most incredible Super Bowl after-party in recent history. The TB12 method got tossed off the boat and into the water. If Tom decides that binging on wine is the way forward, Tampa needs a backup. Josh McCown is like Brady is like Brady in every category, except the actually important ones. He’s in his 40’s, plus, he clearly likes a good party. Therefore, if Brady enjoys himself on a Saturday night, McCown is ready to fill the void.

The nameless football team are in a strange spot. They won their division, yet, no-one gave them a chance in the playoffs. It felt like they got caged in their own sea of mediocrity that was the NFC Least. Riverboat Ron’s team did enough to paddle to the top, though they want more. Washington needs a break-out; who better than Michael Schofield. He engineered the most incredible Prison Break in modern history. Surely he can help the Football Team break out.

Thanks for reading! If you enjoyed this article, check out other football articles by Belly Up Sports, and check out my Twitter @TayyibAbu1 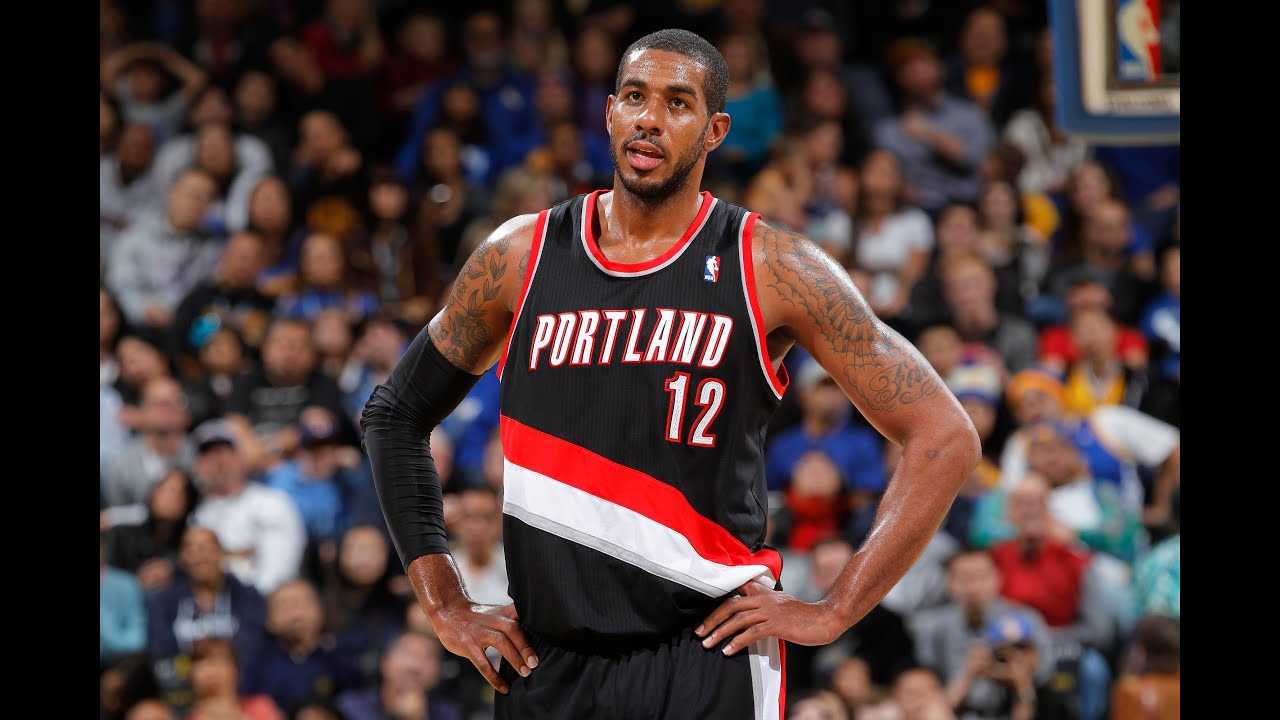