What has John Tortorella done for Columbus?

Like all stories, there is a beginning, middle, and end. This ending couldn’t come at a better time. John Tortorella has been coaching the Columbus Blue Jackets since October 21, 2015. During that time frame, he has taken Columbus to an (as of this writing) 224-165-51 record. The Blue Jackets made the playoffs from 2016 until the end of the 2019-2020 season. In their most recent appearance, they were eliminated by the Stanley Cup Champions, the Tampa Bay Lightning.

Darren Dreger, NBCSN pregame: John Tortorella is not expected to be back in Columbus next season. Odds are he will become a free agent, though Jarmo "isn't showing his cards." #CBJ

Many people are angry that Tortorella is still behind the bench. Those of us who have been fans since 2000 are very happy with the tenure, though. Prior to Tortorella’s arrival, Columbus made the playoffs one time during the 2008-09 season. During which, they were swept in the first round by the Detroit Red Wings. Detroit would eventually go on to win the Stanley Cup during those playoffs. Tortorella changed the way the league looks at Columbus. He just about single-handedly changed the culture within the locker room and put Columbus in constant talks of playoffs contenders. Upon completion of the 2016-17 season, he also won the Jack Adams award, given to the voted upon best NHL coach.

Arguably the biggest accomplishment, albeit not a Stanley Cup with Columbus, was the unexpected sweep of the Tampa Bay Lightning in 2019. While Columbus lost in the second round to the Boston Bruins, that was the first playoff series victory Columbus ever had, and it sure was a beauty. Something else of note was how John Tortorella carried the Blue Jackets through the 2019-2020 season, and into the playoffs. Prior to the season, Columbus saw major departures in Artemi Panarin, Sergei Bobrovsky, and Matt Duchene. While they still brought in Gus Nyquist in free agency, they were expected to be a bottom-feeder for the entire season. Columbus also had a league-leading 419 man-games lost due to injury as the pause of the season due to COVID-19. Due to the massive amount of injuries Columbus faced, many rookies and AHL players were regular staples within the lineup.

With all of the great things that Tortorella has done for Columbus, it is time for a change in the coaching staff. We have lost our captain, Nick Foligno to trade, along with David Savard and Riley Nash. It is time for the new leadership to rise in Columbus.

Why is this a good time to cut ties?

It is never easy to decide that you need new coaching, but it is time for that to occur. John Tortorella’s contract with the Columbus Blue Jackets is set to expire upon completion of the 2020-21 season. With the recent antics from Tortorella (along with some players as well), the time has come for that new voice. There are young players who are having their confidence ruined, due to being forced to play a defensively structured system. Two of the biggest players that have seen more damage than help are Max Domi and Patrik Laine. Both Laine and Domi have had very good seasons prior with the Winnipeg Jets and Montreal Canadiens respectfully.

The core of leadership within the locker room has been changing as well, which lends a helping hand in the change of guard behind the bench. After losing Foligno, the Blue Jackets are without a captain. Over the next two off-seasons, Columbus is also needing to dealing with expiring contracts. A lot of them. The biggest ones that will need attention are Boone Jenner, Seth Jones, Zach Werenski, Max Domi, Patrik Laine, Joonas Korpisalo and Elvis Merzlikins. This will require a delicate touch from GM Jarmo Kekalainen to select the right coach and staff that will helps these players to develop and want to stay in Columbus.

Who will be the next coach though? There are so many options and possibilities. I have seen a lot of chatter about three possibilities, all of which I would enjoy leading Columbus to a Stanley Cup.

The first of the big options for Columbus is Claude Julien. While not many people’s first choice, admittedly not mine, he is a solid choice as a replacement. Julien most recently was relieved of his coaching duties in Montreal after losing a few games to Ottawa to seal the deal. Prior to his stint in Montreal, Julien was the head coach in Boston from 2007 until the 2016-17 season when he was fired after a 26-23-6 record in that season. During his tenure with Boston, Julien won a Stanley Cup in 2010-11, as well as made the playoffs for 7 consecutive seasons.

Claude Julien would be a good choice for Columbus based on the offensive structures he has had. While in Boston, they were outscoring opponents heavily, and that is what Columbus needs. The only issue with this system would be that it puts a lot more stress on the goaltenders. With the inconsistency we have seen in Columbus with switching off, they would need to land on one starting goalie. That would allow them to get in the groove, and be consistent and confident. This is exactly what happened with Tuuka Rask in Boston.

Rikard Grönborg would be an outstanding coach and is not on everybody’s radar as being available to coach. Currently, Grönborg is the head coach for the ZSC Lions in the National League, the best professional league in Switzerland. Prior to his time with the Lions, Grönborg spent many years as the assistant coach, and more recently head coach of the Sweden men’s national teams, U18 and U20 teams. He also led Sweden to three world championship gold medals, 8 world juniors medals, and an Olympic silver medal in 2014.

Based on the severe need for an offensive-minded coach in Columbus, Grönborg would be an immaculate fit. He would be able to allow many of the players in Columbus to open up a bit and show their confidence more while moving up the ice. He has been itching for a coaching job in the NHL for a few years, and this availability with Columbus, and the current roster, would be a great fit for Rikard.

Jukka Jalonen is my final potential candidate for the Columbus Blue Jackets, and in my opinion, the most likely to happen. Jalonen currently is the head coach for the Finland men’s national team and was previously the head coach for Jokerit and SKA St. Peterburg, both of the KHL. He also coached in the KHL All-Star Game three separate times, in addition to leading Finland to two World Championship Gold Medals. In the 2015-16 season, Jalonen was awarded the Finnish Coach of the Year with the Finland U20 national team.

In addition to Jalonen’s massive offensive structure, he also has multiple ties with the Blue Jackets. First off, being a great coach in Finland, he knows Columbus GM Jarmo Kekelainen very well. Kekalainen has brought over many great players who are all Finnish, and this acquisition would not surprise me at all. While Jalonen knows the GM, he also knows some of the current players very well. Two of which both need a familiar voice to help guide them to more success. Patrik Laine and Mikko Lehtonen have both played for Jalonen on Team Finland, and both saw major success while under his supervision. Jalonen would be my top choice for the Blue Jackets to grab for their next head coach (even though Gronborg has the better beard).

My name is Alex Nuttle and I am the Columbus Blue Jackets contributor for Belly Up Sports & Belly Up Hockey. I also contribute to Fantasy Hockey, NWHL, AHL, and anything hockey. Follow me on Twitter for the most up-to-date hockey content and news(@anuttle_cbj). I also have a podcast, Cannons & Tomahawks, that talks about all things NHL, NWHL, CHL, and everything else hockey. Give us a follow and subscribe to our YouTube! 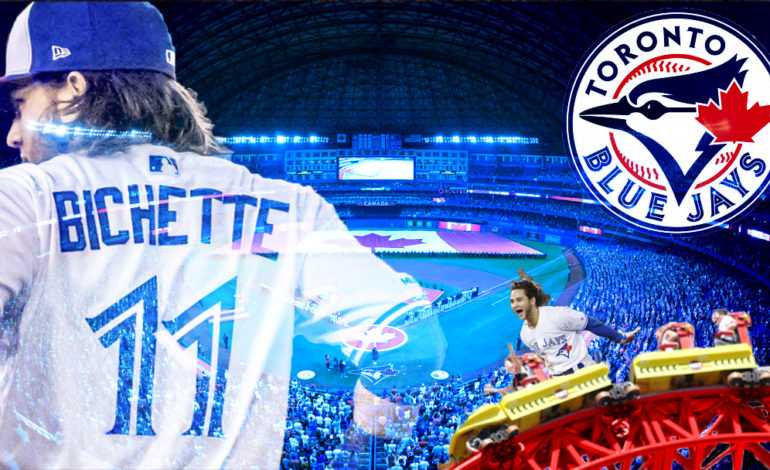