Julian Edelman was the epitome of “give it all you got”. The just-retired Patriots wide receiver was not this highly touted receiver from college destined for greatness. He played quarterback for a Mid-American Conference in Kent State, only after completing some time in junior college. The 5’10 dual-threat quarterback was thought to be more of a receiver if he had any shot in the league, and the Patriots took a shot in the 2009 draft. Bill Belichick and Tom Brady were known to have one of the most complex offenses in the NFL, and Julian Edelman was thought to be no more than a special teamer.

Through the first four seasons of his career, he only caught 69 passes and four touchdowns. An afterthought of the Patriots’ offense behind the likes Wes Welker, Randy Moss (if only for two years), and tight end Rob Gronkowski. Though making an impact on special teams, it was doubtful that Julian Edelman could be anything more than a depth receiver at the NFL level.

Hell in 2013, it looked like Edelman could’ve been out the door. After the departure of Welker, Edelman’s rookie contract was up and he was hesitantly offered a 1-year deal from the Patriots. They also brought in Rams wide receiver Danny Amendola in free agency that year to fill the spot that Welker left. It was fully expected league-wide that Amendola would be the one to rise to the challenge, and Edelman would just be another guy. Of course, we were all wrong. In 2013 Edelman broke out, catching 105 passes for 1,056 yards and seven touchdowns. Edelman instantly became Brady’s go-to receiver and Amendola would be the role player on the offense.

In the following year he repeated his efforts with a 92 catch, 972 yard campaign. Though he proved where his true value would be exploited the most; in the playoffs. In the divisional round against the Ravens, Edelman shined not only in the receiving game where he caught eight passes for 74 yards, He also shined through the air throwing what’s dubbed as the “Edelman Pass” all through New England. An iconic moment where the then 28-year-old Edelman aired out a pass to Danny Amendola off a lateral from Brady to tie the game up 28-28, after being down 14 points twice.

In a 45-7 crusher against the Colts the following week, Edelman again shined. nine catches for 98 yards, in a game mostly carried by running back LeGarrette Blount. Though the following week, they would match up with the reigning Super Bowl champions, and possibly the greatest defense in NFL history against the “Legion of Boom”, Seattle Seahawks.

Edelman came in with a hip injury that had been nagging him all post-season. He’d be playing through pain, but he’d be damned if he didn’t show up for the biggest game of his life. The Patriots hadn’t won a Super Bowl in 10 years, suffering two heart breakers against the New York Giants previously. If you couldn’t tell how this story goes by now, Julian Edelman was lights out. He caught nine passes for 109 yards, plus the game-winning touchdown.

The Patriots benefitted from Pete Carroll deciding to throw the ball on the 1-yard line. But the Patriots played extremely well in the second half. It took Edelman a long time to get this far, and he would leave everything out on the line to win. It paid off in the end. The Patriots won the Super Bowl for the first time in a decade, and they weren’t done yet.

In 2015, Edelman was on pace for another electric season. Unfortunately, he broke his foot against the Giants in week 10. He returned for the post-season, but wasn’t 100% and ran into another all-time defense in the Denver Broncos come the AFC title game. 2016 would be a return to normalcy for Jules. 98 catches for 1,106 yards and three scores. He saved his best for the biggest games. It was no different in Super Bowl LI. He was just as influential in that famous 28-3 comeback against the Falcons as Brady was. Edelman caught five passes for 87 yards.

Jules also stapled another all-time moment to his career. In the fourth quarter, Brady chucked it to Edelman, in double coverage, and by some miracle, he came down with the football. Not necessarily as meaningful as the David Tyree catch was in Super Bowl LVII, but just as acrobatic and unlikely of a play. As we all know very well the Patriots completed that 25-point comeback and won their fifth Super Bowl, Edelman’s second.

The following year the Patriots were poised to do it again. They had just traded for wide receiver Brandin Cooks and signed defensive back Stephon Gilmore. Unfortunately again, injuries arose. Julian Edelman would tear his ACL in week three of the preseason in Detroit. The Patriots would have to go on without Brady’s number one receiver. Brady would win an MVP in his age-40 season, but lose Super Bowl LII to the Philadelphia Eagles. With Edelman already sitting at home, his return would be further delayed. In June of 2018, he was suspended for four games due to a violation of taking PEDs.

Upon his return, Edelman was electric. In just 12 games played he caught 74 balls for 850 yards and six touchdowns. He would rise up in the playoffs as well, converting multiple huge third-down plays against Kansas City in the AFC Championship game. As usual, though, he saved his best for last. In a 13-3 victory over the Los Angeles Rams in Super Bowl LIII, Edelman caught 10 passes for 141 yards. He also won a Super Bowl MVP, being the first wide receiver to win it since Hines Ward for the Steelers in 2006.

Edelman had hit the peak. He completed the impossible task of going from seventh-round pick to Super Bowl MVP. He followed it up with a fantastic season in 2019 with 100 catches for 1,117 yards six scores. Little did we all know, that would be it for the Brady-Edelman connection. After a wild-card loss to the Tennesee Titans, Tom Brady would leave his buddy for warmer pastures in Tampa Bay. As for Edelman, he would play six games in 2020 with Cam Newton before suffering what would be a career-ending knee injury.

Edelman would spend the 2021 off-season contemplating retirement, trying to get back to football. Unfortunately, like his Red Sox counterpart second baseman Dustin Pedroia, his knee was done. Jules had literally given it his all and capped off an incredible underdog story by announcing his retirement by video. Surrounded by an empty Gillette Stadium, in front of six Super Bowl banners. Three of which he was a major contributor to the cause.

For now, the story is over. Julian Edelman will be eligible for the Patriot’s Hall of Fame come 2025, and the NFL Hall of Fame in 2026. This isn’t an article to debate his hall of fame status, although I’m sure one is coming soon. For now, let’s appreciate one of the more incredible journeys the NFL has to offer. From zero scholarship offers to Super Bowl MVP, Edelman has done it all. Battling through injury, doubts, and size he made it to the top. Cheers to you Mr. Edelman. It’s truly been a pleasure. You’ve embodied the New England Patriots like few ever could. 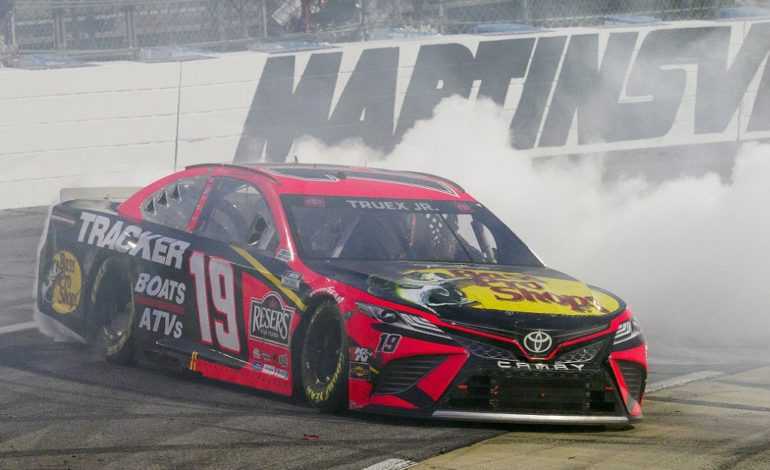 JD Martinez Is The AL Player of the Week