Every spring, sports fans far and wide celebrate the madness of March. Your office bracket pool starts off promising every year. By the end, you always lose to that annoying coworker who picked their whole bracket based on something as silly as who has the mascot that would win in a fight or what color jerseys are best. Either way, regardless of your investment in the games, the fun part of March Madness comes down to wall-to-wall basketball for four long weekends.

Plebians across the social media landscape will launch into soapbox arguments about things they find wrong with the women’s game. Steph Curry fans will point to there not being enough dunking, and not see the irony. But for those watching the games side by side this year, one thing is obvious – the NCAA Women’s Tournament has been the more fun watch.

For much of the recent history of Women’s college basketball, one common critique has been that the games don’t matter because UConn will win the entire thing. While that feels asinine (we love David and Goliath stories in America, supposedly), that’s exactly the case in the NCAA Men’s tournament this year. The Gonzaga Bulldogs, colloquially the Zags, are a perfect 30-0 on the season. No one is calling this bad for basketball (and UConn wasn’t bad for the women either). Good teams being really good is, in fact, fun. It was fun when Kentucky almost went undefeated in 2014-15. It was fun to see Kentucky go 38-2 in 2011-12. Or the 2009-10 Kentucky team that went 35-3. (That’s a lot of Kentucky…)

In the weekend of the Sweet 16 and Elite 8, the average margin of victory in the Men’s Tournament was 11 points per game, compared to 12 points in the Women’s Tourney. That seems like a win for the guys, except the Women’s Tournament had the one giant outlier (South Carolina beat Texas by 28 points less than 48 hours after Texas come from behind upset of Maryland). In taking out that game, and the widest male margin, the Women walked away with a much closer weekend. Close games matter, because the competitive moments to end games are what is fun. Texas eeking out a win over Maryland, UConn finishing tough against Baylor, and Indiana’s narrow upset of NC State were fun. Gonzaga crushing USC, unless you’re a Zag, is not.

And if that argument seems silly to you, I invite you to the argument UConn Women’s Hoops fans have been having for years. And if it doesn’t, were you not entertained by the end of the UConn vs. Baylor game?

March Madness is a ton of fun because, for one month of the year, everyone at the office is a basketball expert. Even as the country is working remotely and on Zoom calls, casual conversation opens with, “Did ya see the game last night?” And when that game offers us something to talk about…

It’s not that there are a lot of different opinions on the play at the end of the UConn and Baylor basketball game. Very clearly, with time expiring and Baylor down by one point, DiJonai Carrington from Baylor went up for a baseline short-corner jumper to tie the game. The shot was blocked, no foul was called, UConn got the ball, and Baylor instinctively fouled. UConn made a free throw with fractions of a second left and won… but no one who watched it felt like that was how it should have ended.

The palpable outrage flowed through the internet. Twitter went crazy. Zoomed-in pictures of the “block” went viral. It’s not that anyone’s mad at UConn and it’s not that anyone thinks Baylor was surely going to make two free throws to win. It’s that the world immediately had more fuel for their favorite enemy – the officials.

From the Super Bowl to the World Series, everyone loves to talk about how bad the referees were in the big game the night before. That moment, in March Madness, belongs to the Women’s Tournament.

But that’s not the only thing that belongs to the Women’s tournament.

Every story needs a hero, even March Madness. No single player has had the dominance that UConn’s Paige Bueckers has had over the last season of college basketball. Her craft in-and-out dribble stuns defenders; the range on her jump shot stuns crowds. She can back-cut for a floater off-ball when you faceguard her in a box-and-one. If you send an outright double-team at her she’ll throw a no-look pass to a cutting big that goes through your defense like butter.  This 19-year-old is here to stay. This Gen Z superstar has made her way to the national stage. And it doesn’t look like she’s going away any time soon.

It’s not that there haven’t been good players in the Men’s Tournament. Jalen Suggs, Evan Mobley, and Davion Mitchell have all had great months, and will all be top-end NBA Draft picks. But none of them have had the performances like Bueckers. In her freshman season, Bueckers is breaking college basketball – at an individual level – in a way no male basketball player is. And she’s doing it with swag. Down late in the third quarter of their Elite 8 match-up with Baylor began a barrage of threes. Bueckers put UConn in front while also pumping up the Huskies as if she were there to cheer them on.

Bueckers is a game-changer. Women are not eligible for the WNBA Draft until they will be at least 22-years-old in their rookie season. WNBA rules state that all players must “be at least 22, to have completed their college eligibility, to have graduated from a four-year college or to be four years removed from high school.” If that rule doesn’t change, Bueckers will play three more years at UConn. The Huskies would like that… but it doesn’t make much sense.

At first glance, her best option may be to go play overseas and get paid. Women’s basketball pays better in other countries, and it’s hard to imagine they wouldn’t pay her a sizeable signing bonus to come over. On a deeper dive, from a marketability standpoint, she will be the face of Women’s college basketball until she’s a pro. ESPN has a $500M deal with the NCAA through the year 2024. Considering the Men’s Tournament is entirely on CBS and Turner, the worldwide leader in sports will undoubtedly be pumping out the Paige Bueckers content. If she’s the face of the league, and that’s the league they cover in March… let the madness begin.

Bueckers is a classic one-and-done on the men’s side of basketball. Show up, take over, go get paid. But without that option, what’s Paige Bueckers to do? The league would have to convince older players to open the floodgates to let in more potential replacements into the league. Even if that was at all feasible, is it feasible by the April 15th WNBA Draft? Doubtful.

Speaking of the star of Gen Z, what is it with this generation of women ballers? We had Sabrina Ionescu of Oregon set the world on fire before the tournament was canceled last year. Two years prior to that, Las Vegas selected A’ja Wilson of South Carolina. And two years before that? March Madness star Breanna Stewart came in and broke the WNBA.

With the WNBA entering its 25th season, one thing is very apparent: there is a direct impact on Gen Z. Gen Z doesn’t know a world without major professional Women’s basketball. As much growth as there still is to be had, the WNBA’s impact is clear.

It’s not that there weren’t stars in college hoops before (Cheryl Miller and Sheryl Swoopes come to mind). It’s that the WNBA has placed an importance on Women’s basketball that is paying dividends. As the league has become more prominent, the players have gotten better. It’s not an accident; there’s very clear causation.

It bears mentioning – part of the reason the Women’s NCAA Tournament is a good product is that the best players between the age of 18 and 22 have to play college basketball. If this were the case for the men, Zion Williamson, Trae Young, and Ja Morant would all still be in college. There are 82 full-time NBA players under the WNBA age requirement. The Women’s game has the best players in the world in that age bracket, the Men’s does not. In some regards, that means the Women’s game will always be better.

It also raises the question – when does the growth in the Women’s college game necessitate growth in the professional counterpart? It’s likely they won’t lower the draft age until there are more teams, as it is so hard to make one of the 12 rosters of 12 players. With just 144 spots in the WNBA, it is unlikely a veteran is going to be eager to let more people in to compete.

The Women of March

Regardless of what you’re looking for, regardless of what the cause is, and regardless of what happens Final Four weekend, the Women’s NCAA Tournament has been the better tournament. They’ve got the competitive games, the controversial finishes, and the best performances. Why then is the @marchmadness Twitter handle not about them?

One league has the better month of basketball, the other gets the social media promotion. Even the NCAA Women’s Basketball Twitter account resorts to using #WFinalFour to share information on the superior tournament.

As you settle in to watch the end of March Madness this Easter weekend, enjoy all of it. Be sure to watch both Final Four games from both tournaments and both finals next week. The Women play Friday night and Sunday night, the Men Saturday and Monday. You may be surprised which you have more fun with. 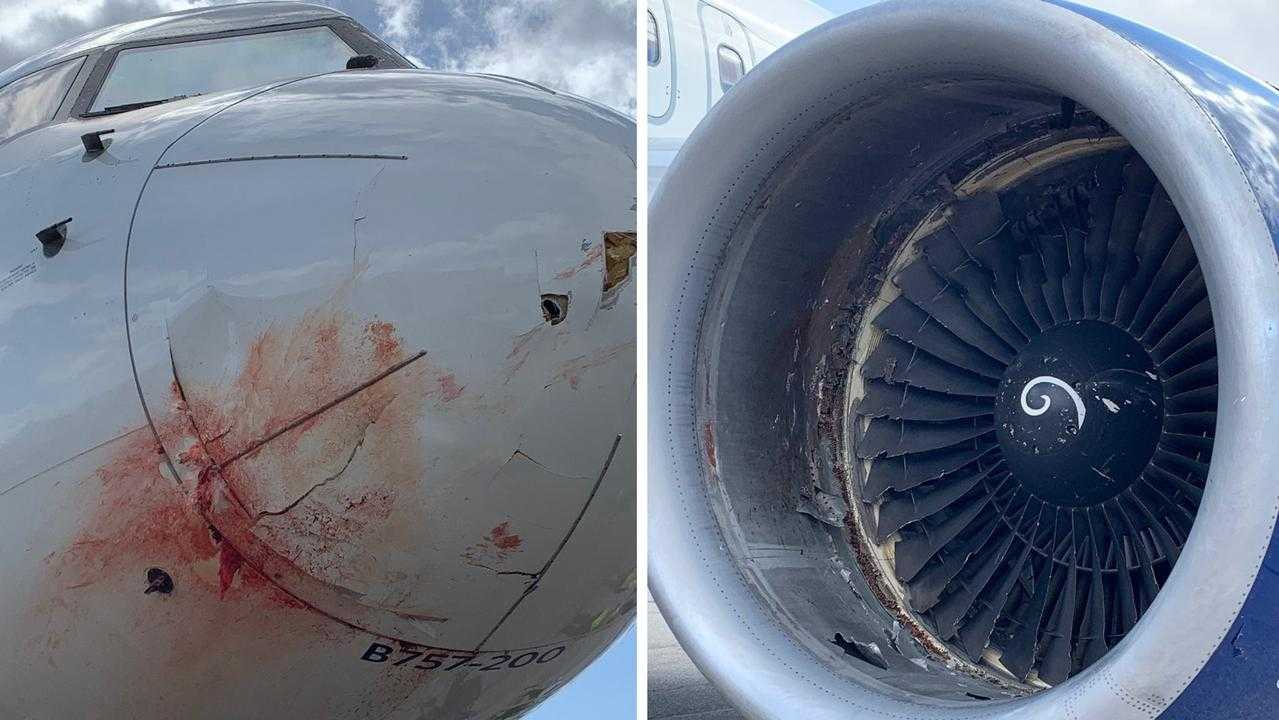 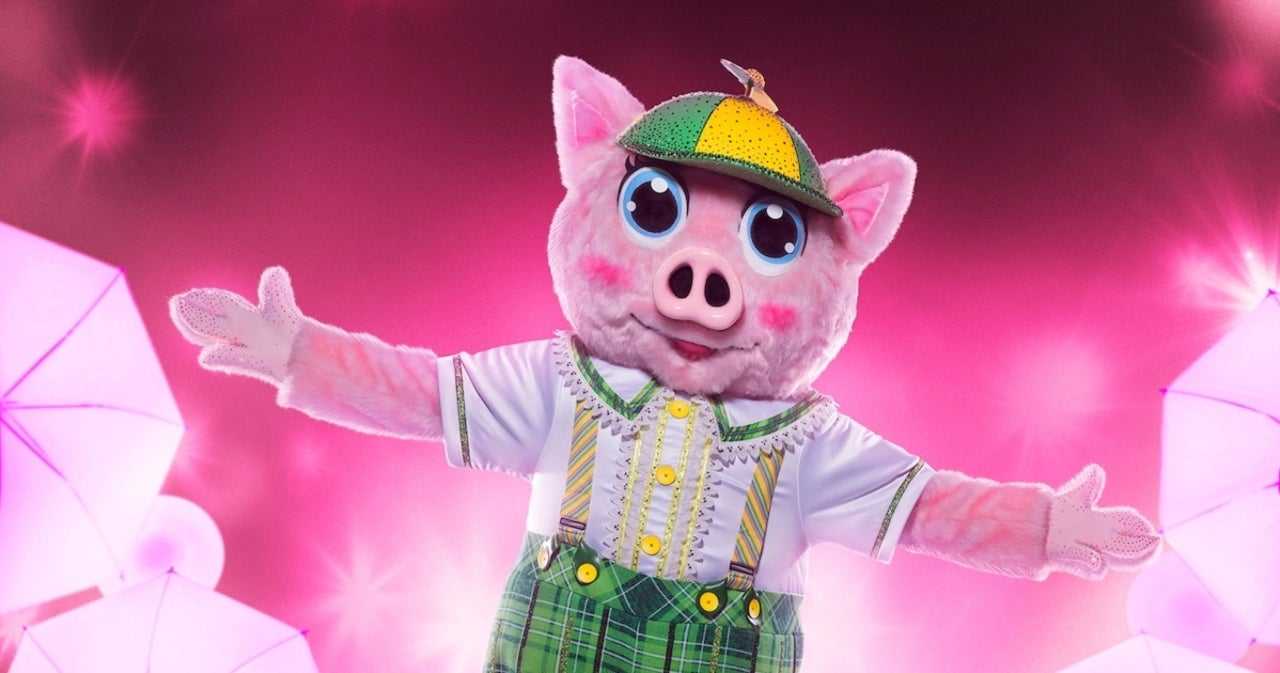