Ding, ding, ding!!! Round two of F1 2021 occurs tomorrow in northern Italy as the Emilia Romagna Grand-Prix is merely hours away. After round one’s epic duel in the desert between Lewis Hamilton and Max Verstappen, fans are eagerly awaiting chapter two of the world’s fastest sports story. F1 is riding momentum with record TV ratings for the last race and new sponsors, and more global interest. Therefore, the excitement is palpable. When those five red lights go out tomorrow, the next installment of this 200mph drama begins. It will be another rollercoaster ride.

The Heavyweight Battle for The Championship

If you’re reading this as a non-F1 fan, did you ever want to watch Michael Jordan take on Lebron James in the NBA? That is what is happening in F1 2021. The most successful driver of all time is Sir Lewis Hamilton; he is the defending world champion. His big rival is Flying Dutchman Max Verstappen. Hamilton won round one by piloting his Mercedes F1 car to one of his best wins in recent memory. Verstappen’s Red Bull Honda was the faster car; he couldn’t get past Hamilton on that occasion. These drivers are at their best, as are the teams they drive for; this rivalry could define the F1 2021 season. They’ll duel it out tomorrow on the asphalt tightrope, weaving their way through concrete walls at 200 mph.

Race two will take place on the bumpy racetrack of Imola. Sitting in the heart of northern Italy, this brutal racetrack hides amid a sleepy municipal area. It is eerily quiet until the cars hit the racetrack, roaring through the Italian countryside. The track boasts back-breaking bumps, gravel traps, high curbs, and unforgiving walls that test a car and a driver to the limit. Be in no doubt; this isn’t driving a car round in circles; it is physically demanding work that will require drivers to race at their best. The race winner must earn the victory; it won’t get handed to him on a silver platter.

In Saturday’s qualifying session, pole position went to Lewis Hamilton. The British driver snatched pole for his Mercedes team by the barest of margins. Qualifying’s star man was Mexico’s, Sergio Perez. The Red Bull driver is in his second race with his new team; many experts expected him to find qualifying difficult, especially with teammate Verstappen being so fast. Perez kept working his way through the session, then blitzed a lap-time to get onto the front row.

Verstappen will start directly behind his championship rival on the second row. It is not bad for Verstappen and Red Bull. Hamilton is the lone Mercedes in the top six; the Red Bull cars will chase him all afternoon knowing that the Briton is without help. Ferrari’s Charles Leclerc placed his car in fourth at the team’s home race; meanwhile, Pierre Gasly starts alongside him in fifth.

The two Mclaren cars look strong in sixth and seventh, plus Canada’s Lance Stroll wrestled his Aston Martin into the top ten. The big losers from qualifying were Carlos Sainz, who didn’t get his Ferrari into the top ten, Fernando Alonso, who qualified 15th, and Yuki Tsunoda, who ended up in the wall.

Fasten Your Seatbelts, It Could Get Wild

If you’re looking for the elite drivers in the world race on a dangerous, challenging race track at 200 mph, then tune into this race tomorrow. The grid order’s mixed like a big bag of candy from a fayre. That creates unpredictability and drama, which in turn should generate drama. The race will be a duel, as these modern-day gladiators fight each other for glory.

The championship battle at the front takes a different twist; Hamilton is the lone gunner against two drivers with better weaponry. Can the modern GOAT pull out another epic victory, or will it get snatched away from him by a Red Bull? Or will we experience one of those days where all hell breaks loose, and an underdog wins the race?

When those five lights go out, 300 million people will get a front-row ticket to this violent rollercoaster ride. Buckle up; it could get crazy. As Outasight once sang, Get Ready For The Wild Life! 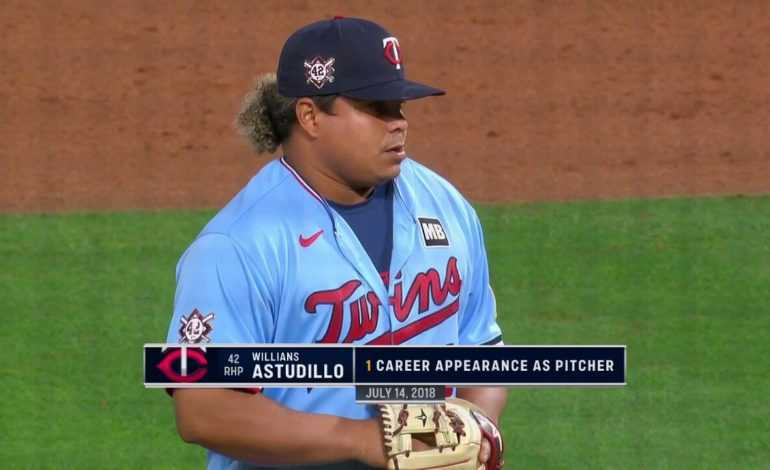 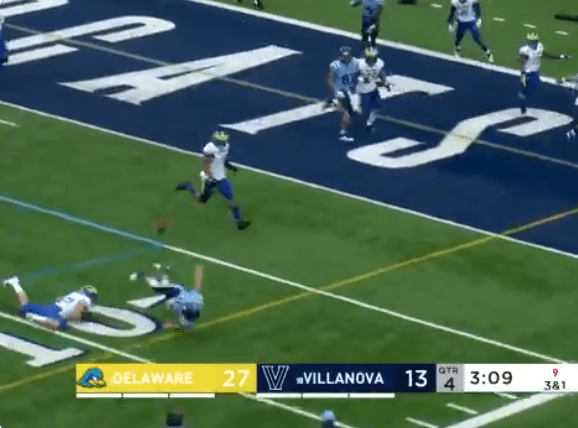 Daniel Smith of Villanova Threw the Coolest TD Perhaps Ever