We had (sort of) a doubleheader at Talladega last week with NASCAR running the Pro Invitational on iRacing and then the GEICO 500 on Sunday. Both races ended with the same Number 2 Mustang leading the pack to the checkered flag. Brad Keselowski picked up his first iRacing win and got his first win of the season at the same track! Unfortunately, his teammate Joey Logano ended up on his roof for both. Here is the Talladega recap.

“I’m one hit away from the same situation Ryan Newman just went through.”- Joey Logano pic.twitter.com/3J9uDCc7u3

What? NASCAR had no rain delays on Sunday? You read that right. Talladega not only treated us with great weather but also gave us awesome three-wide racing which fans were missing at Daytona earlier this year.

The race ended early for Kyle Larson (5) as he quickly showed issues and after pitting once which put him two laps down, he ultimately had to retire the car after blowing the engine. Joey Logano’s (22) superspeedway showed its ugly head not once, but twice this week. He ended up wrecking in both the Pro Invitational and on Sunday in a similar fashion, on his roof. Thanks to NASCAR’s further increased safety precautions after Ryan Newman’s horrific crash at Daytona last year, Logano was okay. Matt DiBenedetto (21) landed his first stage win!

A race to the end of Stage 2 and a block by Keselowski kicks off a pileup involving Denny Hamlin, Chase Elliott and others.

And Bubba Wallace picks up the stage win! pic.twitter.com/bKeOvZakl0

The second stage was really when that single-file racing came back into play. Mostly due to the ever-looming green flag pit stops that were closing in. When it came to pit, each manufacturer chose to run with their own groups. Even the Toyota group chose to even though they have significantly fewer cars in the series compared to the other two manufacturers. A few laps later, Kurt Busch (1) began having problems with a loose oil line which brought out the caution.

Coming to the end of stage two, Denny Hamlin (11) was running up front (although a lap down due to pitting penalties) and started to fall back. He managed to find Gibbs teammate Martin Truex Jr. (19) and started to speed up. The outside began speeding up, Brad Keselowski (2) pulled a block on that line which accidentally caused the 11 to go into the wall. With the outside line stacking up, William Byron (24) jumped out of the way but collected both of his remaining Hendrick teammates in the process. Now coming to the final lap, Bubba Wallace (23) captured his first stage win.

Right at the beginning of the final stage, Ryan Blaney (12) was leading at the restart but picked up a piece of something on the front of his car. He ended up having to drop back to get it off. During that time, Aric Almirola (10) took the lead. He then had to fall back as well because he was using too much fuel running up front. This all led to Ross Chastain (42) taking command of the pack with help from his teammate Kurt Busch who was a lap down.

With another round of green-flag pit stops jumbling up the running order, Chastain returned to the front. Once they got to about 20 laps to go, things got a little crazy. Chastain started trying to throw blocks to maintain the lead. Cars were getting more loose with each lap. This didn’t last long as, on lap 15, Quin Houff (00) put his Camaro in the wall.

Brad @Keselowski WINS as they crash behind him at Talladega! Retweet to congratulate @Team_Penske and the No. 2 crew. pic.twitter.com/3SCDHAgocM

Erik Jones (43) led at the restart but lost it to the trio of DiBenedetto, Blaney, and Keselowski. They were running the high line and had a ton of speed. But unfortunately, a caution came out. We’re heading into overtime.

DiBenedetto had so much speed on the restart and led the pack going into the final lap. Heading into turn one, the 21 made the decision to go up and block Blaney instead of sticking with Keselowski giving him the opportunity. Once they got out of turn two, Keselowski had the lead by a car length. He led only one lap but it was the one that counted. With Keselowski winning, that makes ten different winners this season. That also leaves all three Team Penske drivers with a win.

Now that we have raced at both superspeedways this year. I can finally say that this package isn’t that bad. Which is almost the exact opposite of what most of the drivers think. Throughout the whole race, there were complaints of the cars being too loose, the runs were too strong, and they cause wrecks. They’re not wrong. The wreck that happened last year with Ryan Newman was one of the scariest wrecks NASCAR/racing has seen in a while. Hopefully, the Next-Gen cars will have a better package that doesn’t necessarily take away speed but makes the cars easier to control at such high speeds. I guess we’ll just have to wait and see. 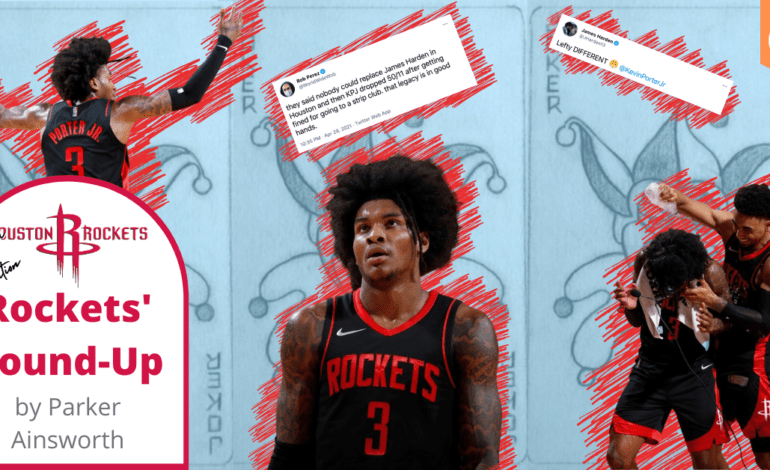