Eight years ago, a trade took place between Boston and Brooklyn that would still hold meaning today.  One would begin a rebuild, but those new players coming in could look up in the rafters to see 17 banners hanging over them.  The other team was in hopes of hanging their first in their new stadium in their new city.  This weekend, the race for the first banner since the trade is still on, with number two seeded Brooklyn taking on number seven seeded Boston.

The trade of draft night in 2013 was focused on Kevin Garnett and Paul Pierce from Boston and three first-rounders, and a swap from Brooklyn.  This trade has become such a big deal in the years leading up to Brooklyn’s collapse and the positioning Boston ended up in from the picks.  Jayson Tatum and Jaylen Brown were most notably selected with the Brooklyn picks and will likely set up one of the most historic franchises with two stars for the next decade and a half.

One of those picks that Boston received, however, worked out in Brooklyn’s favor.  The Celtics would go all-in on a Kyrie Irving trade and send one of the Nets picks to Cleveland in the deal.  That pick would turn into one half on the SexLand duo, Collin Sexton.  As far as Kyrie goes, well, let’s just say he didn’t fit the Boston mold, and that fan base is not the bunch to toy with or not show up every day for.  We all know what happens next- Kyrie says he will resign but doesn’t resign, goes to Brooklyn to team with KD, Nets trade for Harden, and here we are.

Brooklyn had hoped for a big three eight years ago, and while they didn’t get exactly what they were looking for, they did get a different big three… arguably the greatest big three ever.  It is not every day that guys play less than 10 games together and are still a title favorite, but that is how special the tandem of KD, Harden, and Kyrie is.  As far as Boston, they have been to three Eastern Conference Finals since the trade, and Jayson Tatum looks to be of superstar DNA, and with Jaylen Browns year by year growth, it’s hard to put a ceiling on him yet.

Who Won the Trade

The easy answer would be Boston, I suppose.  However, it may have taken an epic collapse and a terrible trade, but the way Sean Marks was able to construct his roster today was because of the trade-in a sense.  He couldn’t hire a top-notch coach because they wouldn’t want to deal with a rebuild.  Signing superstars was out of the question because there was no hope for the team.  Marks had to sign players that people had given up on, i.e., Joe Harris and Spencer Dinwiddie.  Draft developing projects or injury-prone players and turn them into NBA starters, i.e., Jarrett Allen and Caris LeVert.

See, it took the demise of the newly founded Brooklyn Nets back in the mid-2010s to set the stage for the hard-working, gritty environment that could attract the stars of KD and Kyrie.  With bringing them in, it attracted a trade destination for James Harden as well. It also would lead to players like Blake Griffin coming in after a buyout to compete for a championship. Marks had limited talent and bad or no picks when he came in, and he never used that as an excuse.

Celtics fans will say they won the trade because they now have Brown and Tatum and have carried more success the past eight years.  The Nets faithful will argue differently because Boston never won a title, and now Brooklyn is in the driver’s seat to win one first.  Whichever path you go down, the chain of events that has led us into the weekend is why sports are so special.  Something that happened eight years ago has had a domino effect on where we are today.

For more on the Nets and all sports check out Belly Up Sports and follow me on Twitter @lagraham2. 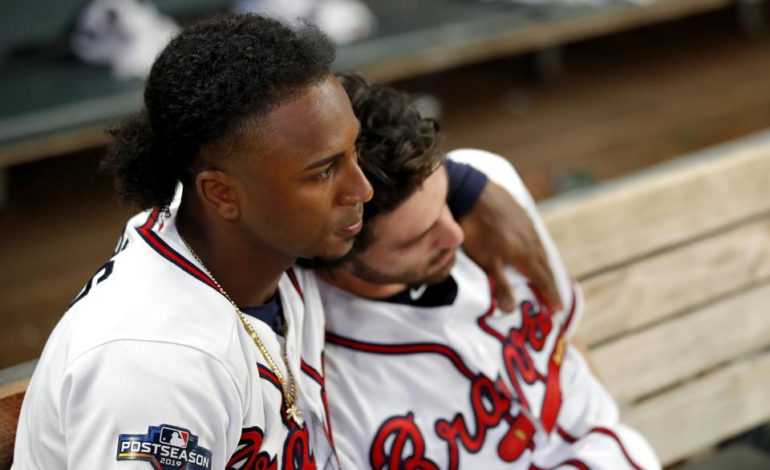 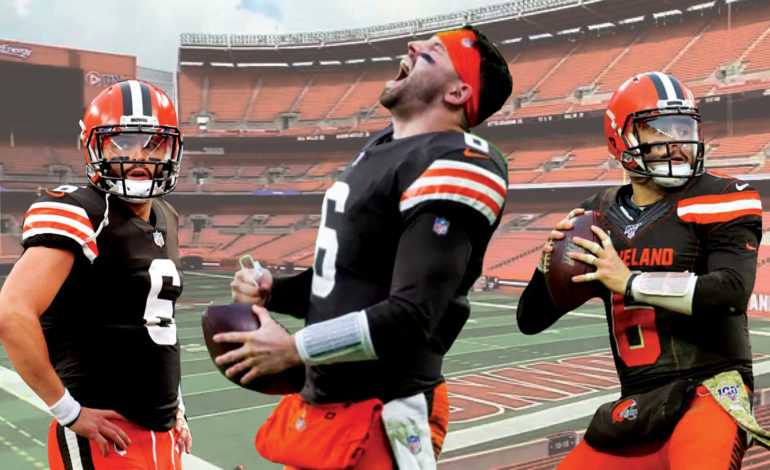 Why Baker Mayfield Should Get a Contract Extension