On the whole, the current crop of Rookies is a strong one. It features a weird combination of elite athleticism, precision skill, and -odd for Rookies- veteran leadership. Further, with the expanded roles, evolving lineups, and expedited schedule, the Houston Rockets’ Rookie Class in 2020-21 has been one of the few bright spots.

It bears mentioning that, though he is just 21-years-old and dominated the G League bubble, Kevin Porter Jr. is not a Rookie. He has excelled as a young star and in many ways is getting his first real shot. But he was drafted in the summer of 2019 and suited up in 50 NBA games last season. He had off-the-floor issues that led to limited usage and a diminished role during the season, then was isolated for a COVID-off-season in which the Cavaliers did not qualify for the Orlando Bubble.

Cleveland did not suit him up before trading him this season, and once he got to Houston the Rockets sent him to the G League Bubble to prepare for the NBA. So while he in many ways is not much further in his career than a Rookie, and is much younger than many Rookies, he doesn’t qualify for the discussion below.

Kenyon “KJ” Martin Jr. is the youngest member of the Houston Rockets. KJ was born in January of 2001, which makes him almost an entire year younger than Kevin Porter Jr., Houston’s second-youngest player. Before diving into how much room that leaves him to grow in the future, we have to look at KJ’s past. Martin Jr. took an alternative route to the NBA, entirely with the support of his father: 15 years pro Kenyon Martin, Sr.

Martin Sr. went the more traditional route. After playing for three high school programs, Sr. went to Cincinnati to revitalize the Bearcat program. He became the university’s all-time leader in blocked shots, recorded multiple triple-doubles, and in his last two years, the Bearcats lost just ten total regular-season games. But Martin severely broke his leg in the first round of the Conference USA tournament his senior year. Sr. was still the number one overall pick, but the 22-year-old took time to work back into himself. A few seasons later, he also underwent knee surgery. Afterward, he had knee tendinitis as well. By the time he was a five-year pro, the 27-year-old Martin was a worn-down veteran approaching a second knee surgery in two years.

Conversely, KJ already has more than 40 NBA games under his belt before he can legally drink. Martin Jr., like his father, attended three high schools to hone his talents. After graduating from Sierra Canyon, Martin Jr. took a post-grad year at the IMG Academy instead of going to college. After averaging 20 points and eight rebounds on a nationally televised high-school circuit, Martin Jr. declared for the draft. He was drafted by Sacramento near the end of the second round and traded to Houston for a 2nd round pick from the LA Lakers.

Martin Jr. signed a four-year, $6 Million dollar contract within the week. His youthful explosion made it clear that he belonged in the NBA, the issue was in what role. Martin Jr. headed to the G League’s bubble to figure that out. Since he returned? He’s become Houston’s six-foot-five rim protector, dunker-spot lob threat, and defensive energizer bunny. Simply put, KJ Martin is too athletic not to play.

Martin has grown as an offensive threat as the season has gone on. While his six-for-10 from the three-point-land game against Milwaukee sticks out, he is a visually improved shooter. His mechanics indicate he can continue to grow with more time in the gym.

Martin is fine with the ball in the open floor, but where he can really elevate his game is in his ball-handling in tight spaces. Being able to create against a set defense in the NBA is what separates great players from good ones, but it’s hard to put a cap on what Martin can do. Again, he is so young it seems like if he were a sophomore in college entering the draft this off-season we wouldn’t even be asking this question.

Defensively, Martin is Houston’s strongest off-ball rim protector. But at six-foot-five, he will need to develop into one of the switchable in-and-outside defenders the league is requiring all “tweeners” to become. At this point his youth feels like a cop-out, but defense is always the thing that young players have to improve on. A year ago, KJ Martin was covering kids who finished up Algebra II just hours earlier. It stands to reason that he is a work in progress in his on-ball defending.

The Houston Rockets need to push developing Martin’s more traditionally perimeter skills. In a league of versatility, with everyone seeking to find their “death lineup,” Martin Jr. has the potential to be a key member of a great franchise. Let’s hope that lines up in Houston.

Armoni Brooks is a native-born Texan who attended the University of Houston for three seasons. Under head coach Kelvin Sampson, Brooks, and the Cougars began the rebuilding process of the program once called the Phi Slamma Jamma. The University of Houston’s recent Final Four run was built on Brooks’ teams. Armoni Brooks went undrafted in the summer of 2019, but played in the summer for the Washington Wizards and later for the Atlanta Hawks G League affiliate (College Park Skyhawks) before ultimately signing for the Saskatchewan Rattlers of the Canadian Elite Basketball League.

Brooks was selected by the Rio Grande Valley Vipers in the 2021 G League draft (he scored 32 points against RGV as a member of the Skyhawks) for the Orlando bubble. Armoni Brooks led the bubble in three-pointers made and averaged 16.8 points before being called up to a two-way contract in early April.

As a Rocket, Brooks is shooting 38.8-percent from beyond the arc. He’s shot seven or more three-pointers in all but six of his games in Houston. If his teammate Martin Jr. is a project, Brooks is a specialist.

Brooks can get into trouble when he tries to go downhill in traffic, but he is very skilled around the rim in the open floor. But his calling is his jump shooting. Brooks’ jumper has sped up as the season has continued. He does a great job of finding open corners and pockets of the defense and punishing defenses for collapsing on teammates like Kevin Porter Jr. and Danuel House. What’s been impressive is his ability, at six-foot-three, to rise over closing out defenders. He seems unbothered as they approach. As the season progressed, he has become a more consistent shooter off of the bounce, which again is predicated on his ability to speed up his shot with experience.

Where Brooks needs to grow is as a defender. The speed of the game has him slow in rotation, but the bigger issue has become when he gambles.

At some point on defense, every defender will gamble. They take a jab at the ball, throwing themselves out of position, hoping they poke free for a fast break. If they are off, they throw the defense into the rotation and have to recover. When Brooks gambles and it works, he looks great. But he has had some “gambling” moments that leave everyone scratching their head. It’s a cross between “did he think he could do that?” and, “did he think he could do that?” That said, good staff and time in the film room should help a lot

Tate’s struggles to get this point are well documented. Jae’Sean Tate finished his four years at Ohio State and went undrafted in 2018. From there, he was injured in the 2018 NBA Summer League before heading to Europe and then Australia to play professionally. When Houston signed assistant coach Will Weaver, Weaver gave Tate a stamp of approval. The two were together for the Sydney Kings of the NBL. What’s been lost in this hell-hole of a season has been how good he is.

Tate’s maturity showed from the first tip-off against Portland in December. Tate was +14 in 38 minutes playing in his first NBA game. He shared the floor seamlessly with James Harden, Christian Wood, and PJ Tucker. Off the bench, his energy was so palpable it was one of the few positives from the opening night loss. Few things from that team have continued for the Houston Rockets, including the roster. But Tate’s relentlessness has.

Tate’s growth and trajectory are both vastly different than Martin or Brooks. Martin’s potential is the only thing higher than his vertical. Brooks is a promising shooter, which bodes for a long career. But Tate? Tate is a six-foot-four, 230 lbs. positionless basketball player. In some lineups he’s the “big man,” in others he runs point after he grabs a rebound off of the rim. He’s older than nine of his teammates, but he’s not old. He’s wrapping up his rookie NBA season, but he spent two years overseas playing pro basketball.

Tate’s career arc pairs well with Christian Wood, but he needs to continue to develop to be a more impactful Rockets long term. Truthfully, much like PJ Tucker before him, the best thing for Jae’Sean Tate to do for his own growth and career will be to continue to grow and develop as a shooter. His stroke isn’t as natural as someone like Brooks, but it’s far from broken. Being able to pull traditional “bigs” out to him will open up the lane for him to drive. Around the rim Tate’s combination of crafty finishes and court, vision make him lethal, but long defenders still sag off of him and render that moot.

Defensively, Tate is a much more polished Rookie than Martin or Brooks. Tate has had lots of years to study film, coverages, and assignments and it shows.

The future of the Houston Rockets is not as bleak as the last six months have been. Unlike many bottoming out teams, they have pieces ripe for building. Whether it’s the constant line-up changes or some first year General Manager luck, Houston’s youth can quickly become a strength.

“Growing pain” is a common cliche. The Rockets’ season has plenty of them. A growing adolescent will wake up and be sore in odd places for no reason other than they are growing. Shins hurt? Growth spurt is coming. Knees hurt? Growth spurt is coming. Feet hurt? Shoes got too small overnight. It happens suddenly and swiftly. It’s not that growing pains are unforeseeable, but the when and the how both are. Afterward, the kid is all grown up.

Houston’s rough season came swiftly with the blow-up of the team over the course of two months. The pain from the start wasn’t entirely unforeseeable, but when and how were. The months of painful basketball sense have been predictable, but that they’d happen all at once, this season, may not have been.

But, the growing pains could very well also mean Houston’s about to be all grown up. 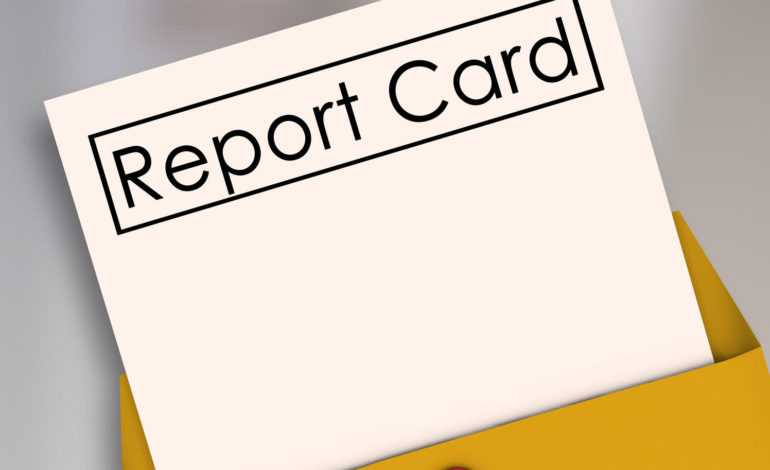 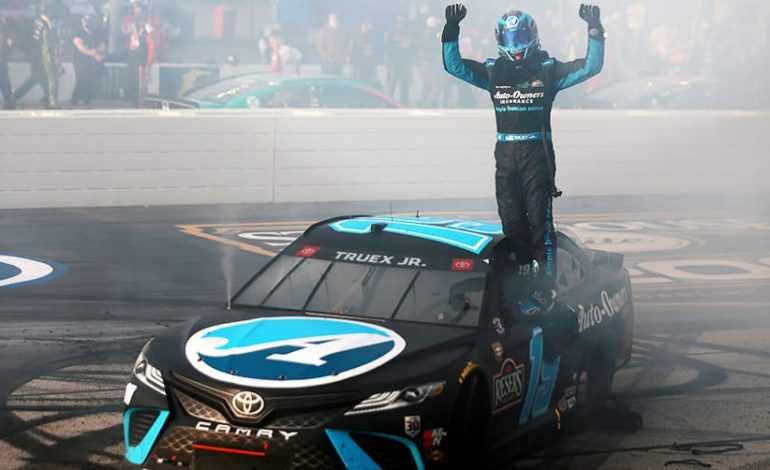