The next stop in IndyCar’s 2021 season is a doubleheader at Texas Motor Speedway. The first oval course of the season hosts rounds three and four this weekend. After the wild ride in Alabama, then the punishing street fight in St. Pete, it is time for America’s finest to tackle the 200 mph challenge. Oval courses are the most challenging, daunting races in motorsport. IndyCar will challenge their drivers to master the concrete paradise on consecutive nights under the floodlights. It is IndyCar racing at its most exhilarating best.

California’s Colton Herta took a dominant victory last time out in St. Petersburg. The Andretti Autosport driver took pole on Saturday; he subsequently converted that pole to a perfect winning performance on Sunday. After crashing out at Barber, it was the ideal comeback weekend. After two races, Herta seems to be the man in the Andretti team to lead a championship charge.

Team Penske duo Josef Newgarden and Simon Pagenaud tried to chase Herta down, to no avail. Nonetheless, it was a solid weekend for both of these drivers. Newgarden got his first points finish for the season, while Pagenuad eased the pressure on his hot seat with a podium place. Reigning champion Scott Dixon finished fifth, while Indy 500 winner Takuma Sato, former champion Will Power, and exciting youngster Rinus Veekay, finished in the top ten.

Who Can Pass the Texas Test?

The Texas Motor Speedway is a high-speed short-track oval that punishes drivers for mistakes. It is different from Indianapolis as the straightaways are not as long, the corners are vast, and the surface is bumpy. The average race speed last year was 175 mph in the race; the speeds in qualifying will be even faster. Oval racing on these wide, concrete-lined tracks tests a driver’s skill and bravery as well.

The 1.5-mile track will see the drivers tackle 212 laps around in the darkness. This track will favour the veteran drivers; Scott Dixon, Will Power, Josef Newgarden etc., own tons of experience racing on these unique pieces of asphalt. The rookies and youngsters may hit significant problems. Rinus Veekay, in last year’s race, hit the wall on several occasions; coming from Europe, he’s not used to racing on banked courses.

After two different examinations in races one and two, this weekend’s races take it up a notch. It’s like graduating from high school to then get thrown into the school of hard knocks. Add the spectacle of racing in the dark and the skill and bravery required; it will be one heck of a cowboy ride in the Lone Star State. Oval races separate the men from the boys, Twenty racers touchdown in Texas for a wild west shootout; this racetrack is only big enough for one of them. Tune in to NBCSN and Sky Sports for the ultimate thrill ride.

Belly Up Sports > Racing > IndyCar’s 2021 200 mph Rollercoaster Heads West, A Dueling Double Header in Texas Is About to Go Down 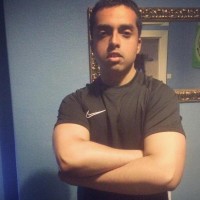 Is Bryce Young Destined to Continue the Success of Alabama QBs?