Jrue Holiday is one of the best defenders in basketball. Will he finally get his due?

Jrue Holiday is an absolute menace on the defensive end.

Initially, pundits felt Holiday wasn’t the answer for the Milwaukee Bucks. Honestly, it was never about the offense, it was the allure that was pairing one of the best perimeter defenders with reigning Defensive Player of the Year Giannis Antetokounmpo.

Despite praise from his peers, Holiday was named to the NBA All-Defensive first team once in his career. He’s currently in the top 45 of both defensive win shares and defensive box plus/minus. That doesn’t blow you away, but Holiday is taking on the toughest defensive assignments each night. In the last two weeks, Holiday has shown his true capabilities as a defensive player.

Fantastic on-ball defense here by Jrue Holiday, with the Nets attempting to attack in transition. He senses the screen and remains in front of Kyrie Irving. Holiday then prevents Irving from getting around and making anything happen. pic.twitter.com/15ZqP3AeKN

That’s none other than Kyrie Irving, by all accounts the most talented ball-handler of all time. Holiday puts him in the torture chamber on this possession and Irving can’t wriggle free. Kyrie finished the game with 20 points on 21 shots in Milwaukee’s 117-114 victory.

Here’s another example from a prior possession: Jrue Holiday switches onto Kevin Durant, who tries to operate from the elbow. Holiday does a terrific job of maintaining his ground and inducing a tough fadeaway without fouling. pic.twitter.com/iv4KQ644Ep

Holiday faces Kevin Durant on the switch. Durant is known as one of the best scorers in the NBA today. Holding his ground, Holiday forces a difficult elbow shot and miss from the much longer Durant. Durant shot just 1 of 3 against Holiday on switches, per NBA.com matchups.

It was a great effort from Holiday to help the Bucks win. He also showed his capabilities just before in the game against the Phoenix Suns.

D-Book gets fouled at the buzzer in OT and makes a free throw to beat Bucks 👀 pic.twitter.com/cRjo1f39KE

Booker gets bailed out by a bad foul from PJ Tucker, but Holiday is excellent here. Holiday held Booker to just 24 points on 24 shot attempts, nearly leading the Bucks to victory in overtime.

Holiday has shown time and again to be one of the best perimeter defenders the game has ever seen. Now, it’s time he gets his credit where it’s due. With respect to some of the other candidates, Holiday is a first-team NBA All-Defensive basketball player. Not only that, but he may be the most important player on the Milwaukee Bucks.

Despite a drop in form from Brook Lopez and the loss of a few key defensive players, Milwaukee still ranks eighth in the NBA in defensive rating. One area Holiday has made an instant impact is steals, where the Bucks jumped from 23rd in the league to seventh. They already have more steals this season than last, despite playing nine fewer games. Holiday is currently ninth in NBA in steals with 90 on the year.

The ceiling of this Milwaukee Bucks team has always been a question mark. Is Giannis good enough to lead a team to the title? While the offense has questions in late-game situations, I think one thing is for certain, the Bucks can defensively match up with the Nets. If the Bucks surprise people to reach the NBA Finals, it will be off of the fantastic two-way play from Jrue Holiday.

If you enjoyed this piece, please view some of our other Basketball Content. You can also keep up with my work by following me on Twitter. 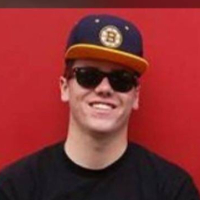 A diehard sports fan who has been spoiled by Boston sports. By day I'm watching Ivica Zubac screen assist highlights, by night I'm screaming at the latest Knicks game. Make sure to follow me on Twitter @bykylegrondin and check out the other great content of Belly Up Sports!