The NBA Awards season was predictably underwhelming for the Houston Rockets. After the exodus of one of the franchise’s best players ever, dozens of injuries, and a rough 17-55 season, Rockets’ fans couldn’t have had very high hopes. That said, the Houston Rockets were not without representation to start the off-season

The Houston Rockets Off-Season has started strong in that, if nothing else, nothing has gone catastrophically wrong. Their eligible players were recognized as well as they could’ve been. Additionally, the NBA Draft Lottery went off without a disaster. Those are all victories.

The victory here is really simple. In just a 41-game sample size this year, Christian Wood stood out as one of the four players who made the biggest jump in the last year. Statistically, Wood Jumped from a 13 points and six rebounds guy to a 21 points and 9.6 rebounds guy. But the real difference was qualitative. Christian Wood was clearly able to shoulder a much bigger load.

In Detroit, Wood shared a frontcourt with Andre Drummond, Sekou Doumbouya, Blake Griffin, Markieff Morris, and Thon Maker. Even for former Coach of the Year Dwane Casey, balancing all of those minutes and responsibilities proved to be a lot. While Wood was often lost in the shuffle, he showed glimmers of being an efficient scorer and a defending big that could switch along the perimeter.

In Houston, after signing for more than $13 Million a year and after the departure of James Harden, Wood was quickly considered the man. Even if he had to miss more than a month in the middle of the abbreviated season, Wood was able to step up. Wood’s offensive versatility was key for Houston.

Wood finished behind Julius Randle, Jerami Grant, and Michael Porter Jr. in voting for Most Improved Player. But Wood’s injury in early February, and Houston’s subsequent slide to the bottom of the standings, dragged him out of contention. On February 4th, when Houston was 11-10 and had a winning record after the Harden trade, the award seemed like it was Wood’s to lose. That he was on 24 voters’ ballots is an indication of the impact he had in the games he played.

Where Wood will continue to grow as a player is on the defensive end. He provides great length as a switchable big, but is not the traditional rim-protector his six-foot-ten body and seven-foot-three wingspan would indicate. With him on the floor as a Center, Houston bled baskets at the rim. This is ok in short stints, but the league is heading in a direction where guys built like Wood will need to play the Center position.

Recognition for Wood’s improvement is good for the Rockets. In an abysmal season, it means others saw the potential had he been healthy the whole year. Projecting forward, Wood has another leap before he can be the type of star the franchise hangs its hat on… but this points to collective belief he may be able to.

Jae’Sean Tate was one of the Houston Rockets’ fan favorites all season long. His undeniable hustle was a continuous bright spot for the Rockets. His ability to guard multiple positions marked him as a player that could really make it in the NBA.

Tate was on one of the two All-Rookie teams on 97 of 99 ballots. Even amidst the dumpster fire season, Tate was one of the best first-year players in the NBA.

The unfortunate thing for Tate is that, unlike his contemporaries on the All-Rookie Teams, he needs to continue to improve his game exponentially. Tate was a 25-year-old rookie this year. Tate played both a full collegiate career and a brief international one in Belgium and Australia. For reference, Rookie of the Year LaMelo Ball is 19-years-old. He was in the same Australian league before jumping to the NBA.

Tate is a great rotational player and brings a palpable energy to the game. While he stands out amongst his peers, they are much farther from a finished product. Tate will continue to grow as a player, but he is closer to his apex.

The Houston Rockets need Tate to continue to grow as an NBA-level shooter. Jae’Sean Tate shot 40-percent from the left corner but was just a 30.6-percent three-point shooter overall. Tate’s off-season focus on being a floor spacer will complement his defensive tenacity well. If Tate can develop into a PJ Tucker type of player with more ball skills he may have a long career in this league. But making the All-Rookie first team is a big step. It indicates he’s on track for a first-year NBA player that will have a long-lasting impact. That’s important for a franchise rebuilding itself.

The part of the Off-Season, thus far, that could have been the latest in a line of Rockets’ disasters was NBA Draft Lottery Night. The Houston Rockets sent Hakeem Olajuwon, Houston’s number one overall pick in the 1984 NBA Draft, as their representative. With their atrocious record, Houston had a 52-percent chance of picking in the top four picks.

However, following the Russell Westbrook and Chris Paul trade, the Rockets also had a 48-percent chance of losing their pick.

Houston’s pick was technically traded away last summer. The conditions surrounding the picks in the Westbrook and Paul trade were different with each season. This year the draft pick was only top-four protected. Had Houston’s ping pong ball been fifth or worse, the trade was conveyed and Oklahoma City got it.

Realistically, that could have set the current rebuild of the Houston Rockets back a few years. This draft class is projected to have several great talents in the top five picks. Even if Houston had a bad 2021-22 season, it’s hard to assume they’d get the same value in a top-four pick that they would this year. Further, a healthy Houston Rockets team next year probably isn’t as bad as the ‘Kets were last year. Before major injuries and Covid protocols hit the team, they were in the Play-Off / Play-In picture. This was realistically their best shot at a top-end pick, and they almost lost it.

Later in the Off-Season we will break down who could be available at the Number Two pick (and 23-pick from Portland and 24-pick from Milwaukee). Once the pick has been made we will analyze how that player fits in with the ‘Kets. But for now, Houston getting another great young talent to build on is key. Houston has a load of talented players under 26 in Wood, Tate, Kevin Porter Jr., KJ Martin, and Armoni Brooks. It will be Houston’s first First Round Draft pick since picking Sam Dekker in 2015, and it will be their first year with multiple first-round picks since 2012 (Jeremy Lamb, Royce White, and Terrence Jones). The Houston Rockets haven’t kept their own outright lottery pick since drafting Yao Ming in 2002, but feelings are whoever they take is a Rocket for the foreseeable future.

Perhaps more important, Houston will start the year healthy and steady. Houston used the most different starting lineups in the NBA this season. After opening the season with several team members in COVID protocol, Houston lost key players in trades throughout an injury-filled season.

With new key players and more consistent time from returners, Houston could be set up for a big turn-around. As was mentioned throughout the season, Houston was competitive for large stretches of a lot of games. They really were not far from being the just over .500 version of themselves immediately after the Harden trade, but before the injuries and setbacks.

The award and off-season for the Houston Rockets also provide hope for next season. Wood being in the top-five for Most Improved Player is akin to Tate being on the All-Rookie team in that both project to more growth. Theoretically, Wood’s recognition indicates he’s one of the best developing players in the league right now. Similarly, Jae’Sean Tate being on the All-Rookie team indicates he’s one of the bright young players as well. Houston winning a top-two pick also eludes to having one of the best prospects in a strong draft class this summer.

On the whole, the last month of Off-Season activity has been a big win for the Houston Rockets. Time will tell if that a past that leads to big wins down the line or if it’s just a summer success. Burt for now, after a season with just 17 victories, it’s nice to have a couple more. 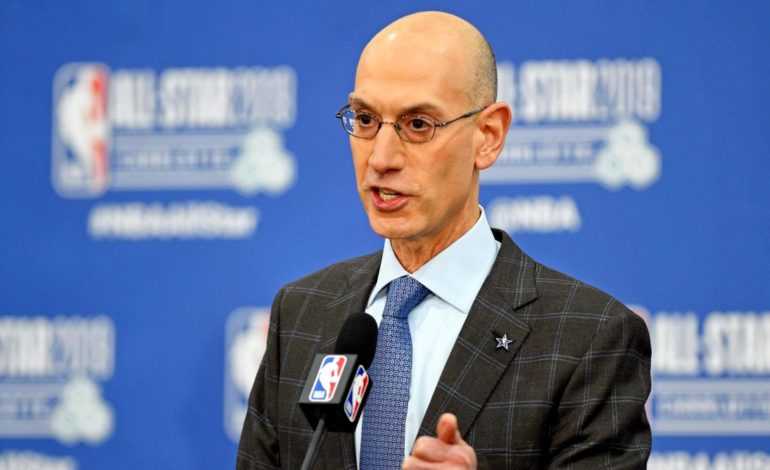 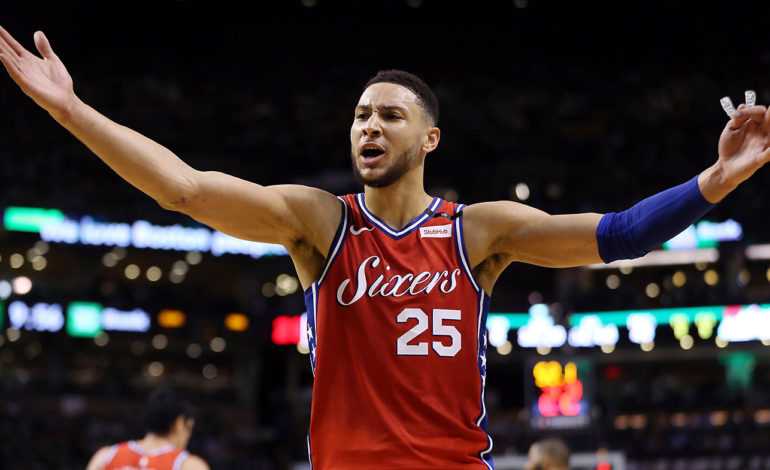