It seems as though the New England Patriots just can not land the big-time wide receivers. Since the trade for Randy Moss in 2007, Bill Belichick hasn’t made the big splash in trade. The Moss trade could even be considered to be a steal, as the Patriots only dealt a fourth-round pick. But since then, the Patriots have not been able to make a move of that magnitude. It’s not for the lack of trying either. The Pats have made a run at several superstar wide receivers in the past. How could you not with a quarterback like Tom Brady at the helm? Obviously surrounding the greatest quarterback to ever play with other elite talents is more than ideal. But it’s never worked out. Let’s show some examples, and figure out why exactly this hasn’t exactly worked for the Patriots.

Tom Brady did everything he could to recruit Odell Beckham Jr. to the Patriots. Brady’s efforts almost worked too! According to analysts back in 2019, the Patriots were the highest bidder for the then Giants superstar. But trade talks fell through, despite Bill Belichick being uncharacteristically aggressive for the dynamic playmaker. Obviously, we know now that OBJ would head to the Cleveland Browns in a blockbuster deal. Beckham has had his fair share of troubles in Cleveland, and the Browns may be looking to trade him. Could Belichick possibly strike a deal on the second try?

This has always been a match made in heaven for Patriots fans. All-time legend Larry Fitzgerald has always screamed of a Patriot aura. He loves Bill Belichick, he’s a reserved superstar and has more tackles than dropped passes in his career. In 2013, Tom Curran of NBC Sports Boston said that there were serious negotiations between the Patriots and the Arizona Cardinals surrounding Larry Fitz. As we know today, the deal never went through. Larry Fitzgerald played with Arizona his entire career and wasn’t re-signed by the team this past off-season. If Belichick is interested, I can’t imagine Fitzgerald has anything better to do now besides retire. Although a little late, this would add a real veteran presence to a wide receiver group that is still super young.

Hall of fame wide receiver Calvin Johnson followed the footsteps of fellow Detroit Lions legend Barry Sanders by conducting an early retirement after the 2015-16 season, but there was a bit of a rumor that the Patriots wanted him ahead of his departure from the NFL. Adam Schefter in early 2016 ahead of Megatron’s retirement said that a handful of teams had reached out to the Lions about acquiring the legendary receiver, and the Patriots, of course, were thrown into the mix of rumored teams. But as we see now, nothing came of it, and Megatron never came out of retirement. The Patriots probably would’ve had a serious shot at going for the 19-0 crown again had they been able to make the move.

This one is going to piss off a few Patriots fans, including myself. Back when the Minnesota Vikings were looking to trade Stefon Diggs, the Buffalo Bills and the New England Patriots were the final two suitors. The Vikings reportedly called the Patriots to see if they would match the first-round pick deal that the Bills offered. Ian Rapoport said that Bill Belichick had opted to decline, and Diggs was sent to Buffalo. The Patriots could have desperately used a big-time superstar like Diggs, and the price wasn’t the least bit outrageous. Belichick made a big, fat mistake by not taking the deal, and now the duo of Josh Allen and Stefon Diggs will terrorize them for years to come, as seen in the photo above.

The new Tennessee Titans wideout Julio Jones is the most recent superstar to get away from the grips of Bill Belichick. After spending a decade with the Atlanta Falcons, the all-pro wide receiver requested a trade. It reportedly came down to the Patriots and the Titans, who offered a second-round pick and a future fourth-round selection for Jones and a sixth. According to some reporters, the Patriots never had any serious interest. Despite being named the favorites to land the former Alabama product for basically the entire saga.

It’s certainly baffling how the Patriots never even made an official offer. For a pass-catcher who openly admitted to wanting to play with Cam Newton, and wanted to win. He’ll now have the chance to do so with an offensive core loaded with talent. Jones will be catching passes from the resurrected Ryan Tannehill. Surrounded by wide receiver and top-end recruiter A.J. Brown and former Heisman winner running back Derrick Henry. The Titans are going to be a scary offense for years to come, which has Mike Vrabel licking his chops.

Why does this happen so often?

It happens so often, that it can’t be a coincidence, right? I think the biggest reason why you never really see wide receivers get the big investment in New England is because of just the way that they are used in a Josh McDaniels offense. The Patriots have always been atypical when it comes to their usage of the position. Usually, teams aim to have their best pass-catchers be in the role of Julio Jones, or Odell Beckham Jr. On the outside, in one-on-one matchups. Relying on a matchup by talent. Meanwhile in New England, for years on end, their highest pass catchers were slot receivers. Jakobi Meyers last year, Julian Edelman years prior, Wes Welker before him, relied on a matchup mismatch by position. Having a slow linebacker on a quick receiver like Edelman would break defensive coverages like a pencil.

A guy like Julio Jones might be looked at as a wasted investment where he won’t get the ball as much as he should, given his contract. Meanwhile just not being a fit in what Belichick and McDaniels want to do in their passing game. Which has suffered a monumental decline in volume, as the Patriots have shifted their focus to a power run offense in recent years. Investing early and often in the runningback stable. Taking a running back within the first three rounds in three straight years. All with a similar ability to put their head down and just hit the hole. With limited upside as pass-catchers.

It just doesn’t seem like the Patriots of today are that focused on having an air attack compared to the 2007 team. With Tom Brady throwing 50 touchdowns, almost half of them to a single target in Randy Moss. Maybe we see a shift in the mold here soon. With a new quarterback looking to take the reigns in Mac Jones, who will sit behind Cam Newton for the start of his rookie season. But for now, this offense just isn’t built for a superstar wide receiver who commands a lot of catches. It doesn’t make the offense bad though. It’s just a different way of operation. A way in which we will shortly see if it results in championship-caliber play. 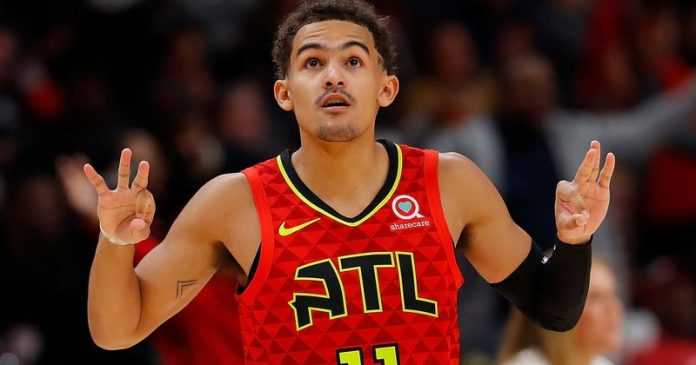