After letting the dust settle a little bit, I took a dive into the trades and draft choices by Columbus. Some were expected, some were confusing, and one, in particular, seems to have people up in arms. Take a deep breath, and let’s take a gander at all of the moves from these past few days. Here is how the Columbus Blue Jackets faired during the weekend of the 2021 NHL Entry Draft.

The Columbus Blue Jackets acquired 31-year-old forward Jakub Voracek from the Philadelphia Flyers. This was part of the biggest surprise trade of the weekend for Columbus fans, which we will dig into later. Voracek is 32 games shy of 1,000 career NHL games and brings a massive veteran presence to the locker room. Voracek has been in Philadelphia since 2011 playing 727 games and posting 177 goals and 427 assists in that time. Prior to Philadelphia, Voracek was drafted by Columbus (7th overall in 2007) and played for 3 seasons for 241 games, 39 goals, and 95 assists.

Sitting at 6’2″, Voracek is not a small guy. Being used to playing on a line with Claude Giroux, Jakub is no stranger to being a physical presence, and more than willing to drop the gloves, which Columbus needs. Being a strong forechecker, Voracek is used to getting the attention of multiple defenders. This could be very beneficial as Voracek can use this ability to draw defenders to him, leaving Patrik Laine, the finish sniper, open. Another thing to note about Voracek is his 142 power-play assists over the last 8 seasons. Columbus has had a struggling power play, so this could easily help us out.

One thing in particular Jarmo Kekalainen spotlighted with Jakub Voracek is his ability to move the puck on the power play. He has 142 power-play assists the last eight years. And certainly one large Finn he will be able to set up this upcoming season. #CBJ

Final Thoughts: While the initial sting of this trade may still weigh heavy, we should be very excited about this acquisition. Voracek should be a big net presence upfront and could be a big points scorer if we can find the right guy to fit up the middle.

In the hours prior to the first round of the NHL Entry Draft, the Columbus Blue Jackets acquired Adam Boqvist from the Chicago Blackhawks in addition to the 12th overall pick, 2022 first-rounder, and the 2021 2nd rounder used in a small follow up trade. Boqvist is a 20-year-old Swedish defenseman who has a ton of upside. Currently, on his entry-level contract, Boqvist still has one season remaining before he will garner a new contract. In 76 games with the Blackhawks, Boqvist has posted 6 goals and 23 assists while averaging 16:35 in ice time.

As a 5’11” defenseman, Boqvist isn’t the biggest guy on the ice, but his agility sets him apart from others. He is very quick through the neutral zone and has a great ability to predict the game. These qualities would be very well suited to be a pairing with Zach Werenski. Boqvist also seems to have gained the attention of GM Jarmo Kekalainen regarding his power-play abilities. He can easily run a power play and did so with one of the league’s best power-play units in 2020-21.

Final Thoughts: A young, promising defenseman, Boqvist has a fairly high ceiling in playmaking ability. Pair that with his ability to run a power play like a veteran, he will be a welcome asset in Columbus.

Another trade prior to the beginning of the draft, the Blue Jackets acquired Jake Bean from the Carolina Hurricanes in exchange for the 2nd rounder we received in the Seth Jones deal. Bean is a 23-year-old defenseman who has only played in a total of 44 NHL games. During that time Bean has posted 1 goal and 11 assists, all while maintaining a -2 rating.

The Calgary, Alberta native was the 13th overall pick in the 2016 NHL Entry Draft. While not having a large quantity of NHL playing time, Bean has 129 games with the Charlotte Checkers, the former AHL affiliate of the Hurricanes. In that time, Bean had 23 goals and 69 assists. Nice.

OFFICIAL: The Blue Jackets have acquired defenseman Jake Bean from the Carolina Hurricanes in exchange for the second-round pick in the 2021 Draft (44th overall) previously acquired from Chicago.#CBJ

Final Thoughts: Another depth defenseman for the Blue Jackets, Bean has plenty of potential for becoming a 2nd/3rd line blueliner, and could be a big part of the future of Columbus.

While we knew this was coming, it was still a surprise to see the 26-year-old shipped out. In the short amount of time before the NHL Entry Draft on Friday night, Seth Jones was dealt to the Chicago Blackhawks. In exchange, Columbus received Adam Boqvist, the 12th overall pick in the 2021 1st round (Cole Sillinger), 2021 2nd rounder (given to Carolina), and a 2022 1st rounder. Upon completion of the trade, Jones signed an 8 year, $76 million-dollar contract extension.

To Chicago: Seth Jones, the 32nd overall pick tonight, a sixth-round pick in 2022

To Columbus: Adam Boqvist, first and second-round picks this weekend, a first-round pick 2022 (if the pick is top 2, it becomes a 2023 first round pick instead)

Losing Jones is a massive blow to the Columbus blue line, but there is still reason to be optimistic. First off, Jones was going to require a massive contract to keep him in Columbus. Not having that big salary cap hit is going to be very beneficial coming up towards free agency. Not to mention we still need contracts for Patrik Laine, Alexandre Texier, Mikko Lehtonen, and Michael Del Zotto. In addition, we need to be thinking about extensions for just about the entire roster.

Final Thoughts: While losing the veteran presence of Jones on the blue line will hurt, the assets we got back more than makeup for that. Our prospect pool on the blue line is deep, and I feel that we will be seeing a young replacement make his name known very soon.

In the biggest surprise coming out of Columbus this weekend, Cam Atkinson was sent to the Philadelphia Flyers in exchange for Jakub Voracek. The 32-year-old fan favorite has spent his entire 10-year career in Columbus. Drafted 157th overall in 2008, Atkinson has played 627 games for Columbus. In that time he has 213 goals, 189 assists, with an impressive 11.3 shot percentage.

Atkinson was a huge advocate for living and playing in Columbus, as he has much invested in the city. He is a founder of Battery Hockey Academy, helps run the Force Network fund and 5k each year. Cam has been public about enjoying spending his time in the city and attended many events. He was at the Blue Jackets draft party on Friday night talking about how much he loves Columbus, signing autographs, and showing off the well-known smile around the arena.

Columbus is a special town and a special place. You helped make it that way, @CamAtkinson13.

#CBJ GM Jarmo Kekalainen, on having traded Nick Foligno, David Savard, Seth Jones and Cam Atkinson — the Blue Jackets’ foundation for much of the last decade — in a 100-day span: pic.twitter.com/kQrtZdnlEE

Final Thoughts: This one hurts. From an emotional level, Cam has been a staple of Columbus during his entire tenure. The thing is, I get it. We are losing a forward who has been struggling the last few years finishing and scoring. We are going to miss his penalty kill tenacity, speed, and most of all, leadership.

With the 5th pick in the first round, the @BlueJacketsNHL select Kent Johnson! #ProBlue #NHLDraft #GoBlue 〽️ Congrats @19kjohnson! pic.twitter.com/M3pVbU0JJ2

Kent Johnson is an 18-year-old center out of the University of Michigan. He has an incredibly bright future in the NHL. Johnson has a highly gifted mind with vision not seen in many players. In his freshman year at Michigan, Johnson put up 9 goals and 18 assists in 26 games. The season before, with the Trail Smoke Eaters in the BCHL, he had 41 goals and 60 assists in 52 games. Johnson’s play anticipation is out of this world and paired with the right players, he can be a huge difference-maker.

A Columbus native, Cole Sillinger is a very skilled forward who has had Blue Jackets ties his entire life. With an 18-year NHL career, his father Mike Sillinger played for the Columbus Blue Jackets for two seasons from 2001 until 2003. Sitting at 6’0″, 201 lbs, the 18-year-old has a very quick and short draw wrist shot that can be deadly. Being a hard worker and overpowering along the boards, he has some incredible skills that the Blue Jackets can tap into. Expect to see him at the NHL level at some point over the next two seasons, and when he is there I don’t see him going back down.

With the 25th pick, we proudly select Corson Ceulemans from the Brooks Bandits of the Alberta Junior Hockey League!@mhl | #CBJ pic.twitter.com/88YTNPqvwn

The 18-year-old Regina native has a high upside with his defensive vision that will help the Blue Jackets down the road. He can easily engage opponents along the boards or pinch them in the neutral zone. Corson Ceulemans is a big defenseman sitting at 6’2″, 201 lbs, and will be able to utilize that size to his benefit. With the right D partner and development, Corson could easily be a top 2 defenseman in the NHL.

My name is Alex Nuttle and I am the Columbus Blue Jackets contributor for Belly Up Sports & Belly Up Hockey. Follow me on Twitter for the most up-to-date hockey content and news(@anuttle_cbj). I also have a podcast, Cannons & Tomahawks, that talks about all things NHL, NWHL, CHL, and everything else hockey. Give us a follow and subscribe to our YouTube! 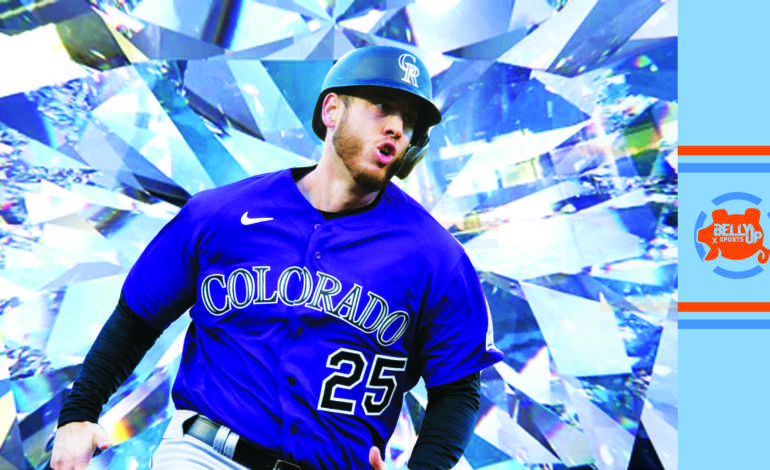 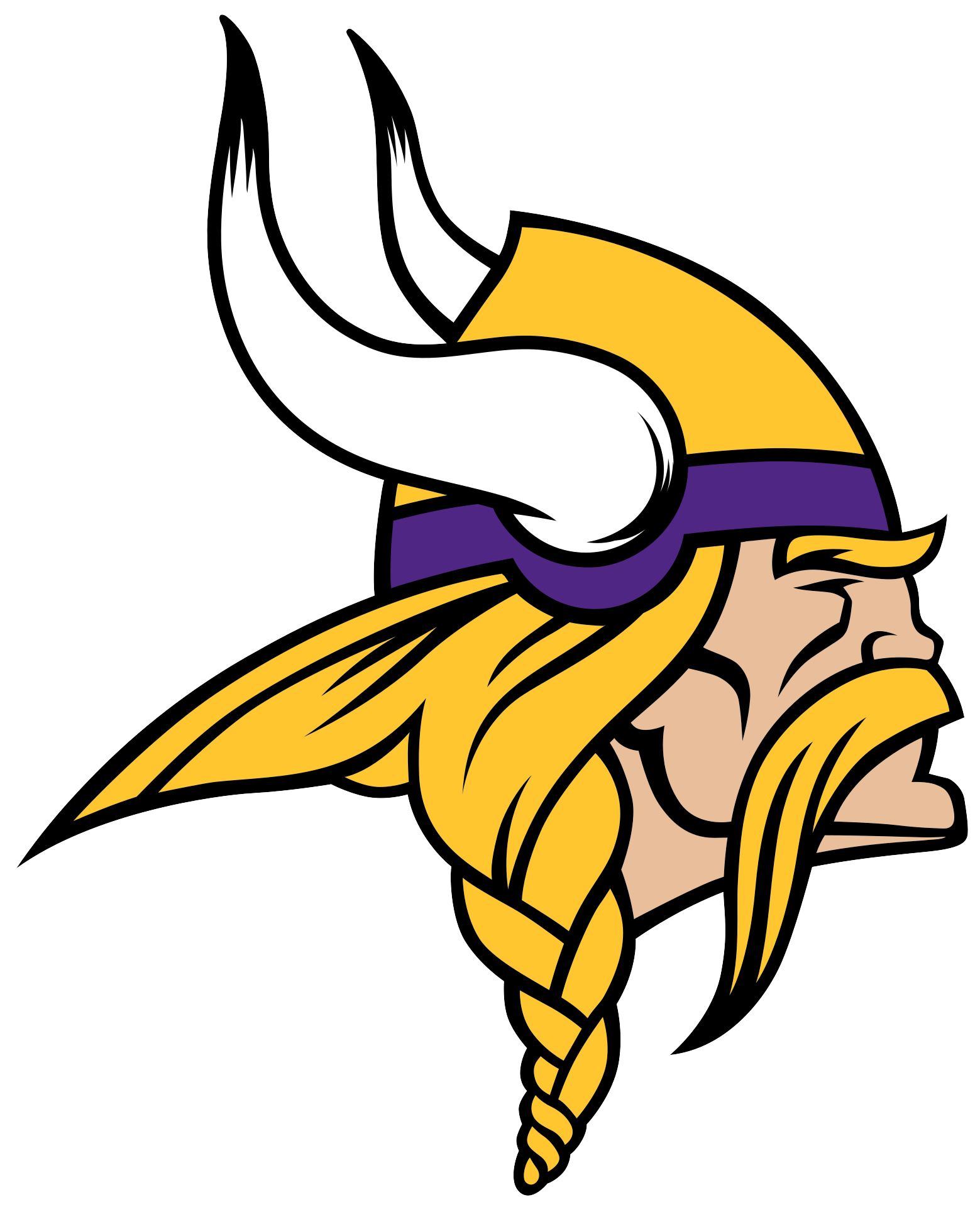