Has Kyle Larson Peaked Too Early in the Season?

NASCAR is almost done with their summer break. The past two weeks have given me time to look over all that has happened so far and one thing has piqued my interest. Has Kyle Larson peaked too early this season? Can he get back to the race-winning driver we have seen before the playoffs? Or will we see another driver face the same date as Kevin Harvick and Denny Hamlin did in 2020?

Larson’s Record as of Last Month

In the last five races before the break, Kyle Larson has had an average finish of 10th. Which isn’t necessarily bad. But it is rather uncharacteristic saying that before then, he had accumulated four wins in that same amount of time earlier this season. Some of those finishes could be categorized as bad luck. But a good chunk seemed to be just a case of a driver going through a rough patch.

I know it’s not unusual for drivers to have rough patches. Hell, up until New Hampshire Aric Almirola was having a pretty bad season. It’s just odd to see a driver go from being so dominant one month, to barely hanging on to a top 20 position the next. What happened and is there any way he can get back to the top?

Luckily enough for Larson, he doesn’t have to win to get into the playoffs. Although I don’t think it’d be in his best interest to hold back until the first cutoff race. He needs to get back into victory lane before then to stay competitive for the championship. The last four races of the regular season consist of two road courses: Michigan and Daytona. Larson has gotten a win at a road course this year, but I think his best bet is Michigan.  He’s won there three times in the past and unfortunately for him, I feel like it’s his only shot.

After all, he hasn’t done the best at superspeedways nor road courses up until Sonoma this year. That’s not to say he couldn’t go out and win at Watkins Glen or the Indy course. But Hendrick in general has been pretty good at the more intermediate tracks.

We’ve seen this story unfold before in recent history. Harvick and Hamlin both had their championship runs slip away right before the playoffs last year. So it’s not out of the ordinary to see someone be so dominant in the regular season but come up short where it counts. That’s just how this playoff system works. It brings a lot of uncertainty to the table.

In Larson’s case, he’s not so far off course that he can’t get back to winning form. Hopefully, the break has given him so newfound energy and he can continue to dominate. He’s going to need to give as much as he can to take on Gibbs and the rebounding Penske team. 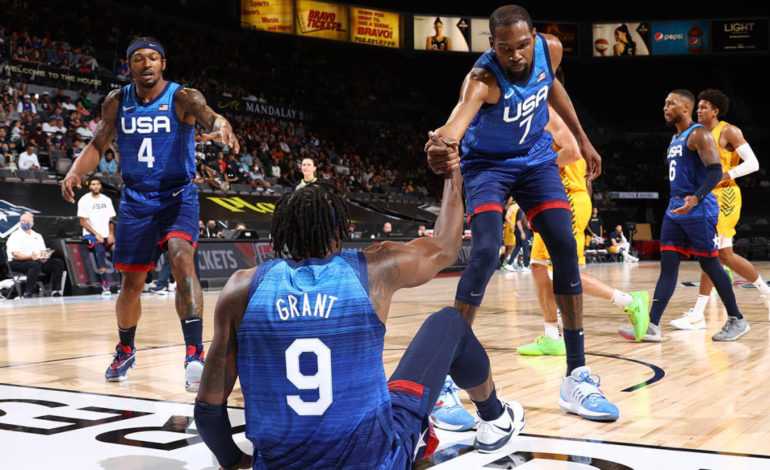 Will the Real Team USA Please Stand Up?

Super Bowl Moments That Will Live on Forever