Was that heaven? Yeah. For baseball fans, the Field of Dreams game was heaven in Iowa. The production was near perfect, the field was immaculate, and it was all complemented by a game for the ages. For once, Rob Manfred and Major League Baseball got something incredibly right. It’s an often overused sentiment, but the fans and the players really did win.

Watching the game, I couldn’t help but get chills and tear up watching the stars of our time emerge from the corn onto their own Field of Dreams. It’s simple, yet profoundly effective to see Kevin Costner take in the sights and sound of his little movie come to life as the music swells and players appear. It’s a breath of fresh air for the sport and one that turned an ordinary late-season game into a spectacle for all.

I could come up with all sorts of statements to wax poetic about a romantic evening in Iowa, but that would be boring. Instead, let’s unpack some of the best moments from the Field of Dreams game. From the fireworks on the field to the surrounding production, it all came together for a perfect night.

MLB’s Field of Dreams Had the Perfect Aesthetic

Obviously, the key feature of the game was the field. Constructed in the middle of a cornfield right near the set of Field of Dreams in Dyersville, Iowa, the stadium captured that perfect rustic look. From the wooden, manual scoreboard to the see-through fences in the outfield, MLB did a great job of highlighting the unique aspects of the locale while paying homage to the movie. The individual stadium lights and smaller stands make it look like a scene from the movie is taking place in real life and that’s the goal.

Maybe this *is* heaven… pic.twitter.com/aBpRE8TztZ

It’s not just the field itself. As the sun went down, the game had that romantic backdrop of an orange Iowa sky undisturbed by buildings, businesses, or anything really. Only fields of corn, some trees, and the movie set surrounded the stadium. At times it felt like a high school game in a small town in the absolute best way possible. It reminded me of going to my older brother’s high school football games at a field surrounded by nearby woodlands and bean fields. Yes, I know, different sport, but the same small-town aesthetic that really takes me back.

Lastly, I have to mention the corn past the outfield fence. It’s not a proper Field of Dreams game if you’re not knocking dingers into the corn. And oh man, did we get to see some cornfield shots.

MLB can’t control the quality of baseball in any given game, but the White Sox and Yankees really picked up the slack for them. The Field of Dreams game would’ve been great regardless, but the back-and-forth slugfest added to the wonder. It started with Jose Abreu shooting a ball into the field. After that, anarchy reigned.

Of the 17 runs scored on Thursday, all but one of them came via the long ball. The game started off as a tug of war with the Yankees responding to Abreu’s blast with a three-run shot of their own. Then, a double and a three-run Eloy Jimenez homer gave the Sox the lead again and held it all the way to the ninth.

It all culminated in a whirlwind of an ending. With Liam Hendriks on the mound, the White Sox seemed destined to shut this one down and take it to the house. Then Aaron Judge happened. And then Giancarlo Stanton happened. Two monster 2-run jacks off one of baseball’s best closers to give the Yankees the lead. Not to be outdone though, the Sox had one final push up their sleeves. With one out and a man on, Tim Anderson came up to bat. The heart and soul of the South Side put the exclamation point on an already perfect night.

A #walkoff into the corn at #MLBatFieldofDreams.

The Field of Dreams Game Intro Gets Me Every Time

For me, MLB’s biggest win came in the run-up to the game. In a perfect homage to the movie, Costner walks out of the cornfield, baseball in hand. As he turns to look back at the corn, the stalks begin moving as the White Sox and Yankees slowly fade into view. The music swells, the chills start, waterworks. I’ve watched and re-watched this scene far too many times now and I still feel the chills. It’s that perfect.

Complete with throwback uniforms, it looks like a modern reboot of Field of Dreams (though, I guess that implies that all of these players are dead which is not true). It’s all capped off by a speech from Costner that essentially tells us why we’re here while commemorating the movie that is practically synonymous with the greatest game on Earth.

As I finish writing, now several days removed from the game, my fondness for what MLB accomplished has only grown. It doesn’t fully take away from all the dumb pace of play rules that Manfred keeps trying to shove down our throats or all the failed marketing attempts. Yet, the Field of Dreams game is a step in the right direction. It honors the legacy of baseball while creating a unique experience for fans and players alike. I even enjoyed the mid-game interviews with Costner and the players because they showed what this game meant. It was all smiles and genuine wonder as we got a reminder of how romantic this sport can be. 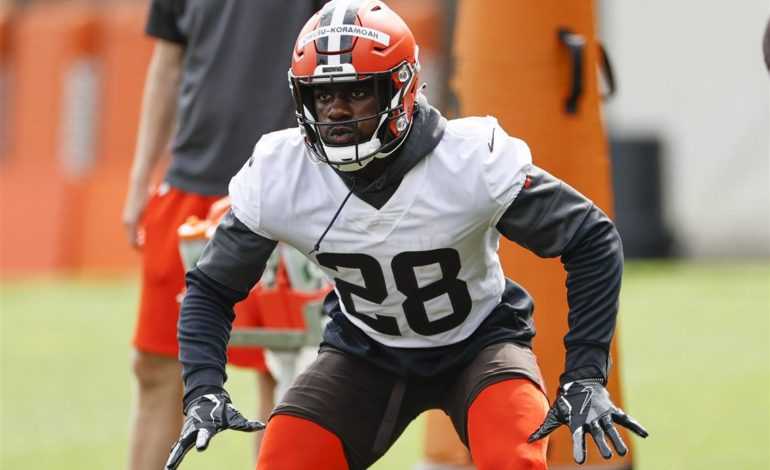 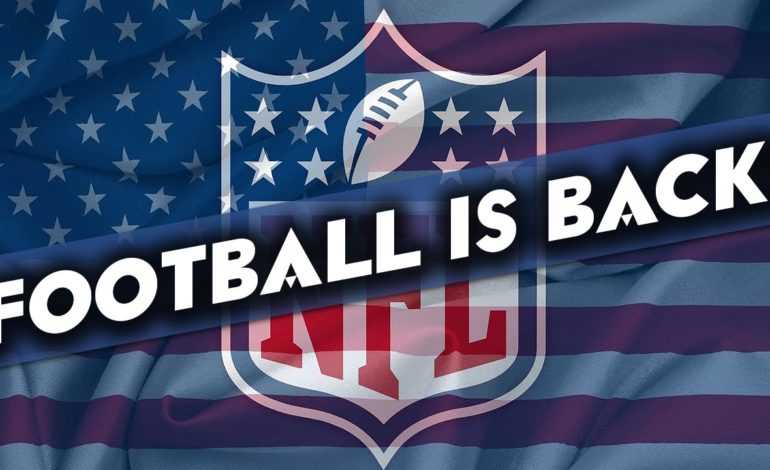 The Five Stages of Football Being Back