NASCAR at Watkins Glen Recap: Larson Grabs His Fifth Win of the Season

NASCAR is back from their break with some renewed energy as we creep closer to the playoffs. After a race full of great battles and wheel hops, Kyle Larson grabbed his fifth win of the season. Here is the NASCAR at Watkins Glen recap!

“He’s spinning right in front of me!”

Brad Keselowski drops to sixth from the lead after this spin at @WGI.

Chase Elliott (9) and Christopher Bell (20) had to start from the rear. The three Team Penske cars started in the top three. Joey Logano (22) and Brad Keselowski (2) battled for the lead for a good majority of the first stage. Although Keselowski was running up front, his car seemed to lock up very easily on the high braking corners, specifically turn one. This issue continued as the stage progressed and finally boiled over, in turn, six just before the competition caution. Logano was putting the pressure on the back of Keselowski and the number 2 drove in too strong, causing him to spin.

During the competition caution, Keselowski led about half the pack down to the pits. Mostly consisting of drivers near the rear who were looking for an advantage. The remaining drivers who didn’t pit were the majority of the top 20.

Joey Logano became the car to beat and Kyle Larson (5) was now sitting in second. Lap after lap, Larson started putting the pressure on the number 22. Multiple cars came down with three laps to go left in the stage before the pits closed. With two laps to go, Larson had a chance to take the lead but couldn’t pull through. In the end, Logano was able to hold off Larson and took the stage one win.

Bold moves to start Stage 2 by @chasebriscoe_14 as he settles in behind @MartinTruex_Jr.

Ricky Stenhouse Jr. (47) and Martin Truex Jr. (19) led the pack to green for the second stage. Chase Briscoe (14), who started in fourth, made it three-wide heading into turn one. But Truex was very strong on the outside line and took the lead. Christopher Bell made quick work of the mid-pack and was now in the fifth position.

On lap 26, Ryan Blaney (12) spun going into the bus stop and James Davison (51) was stopped in between turns six and seven. Which brought out the caution. It was a bit too early to change a scheduled pit stop so very few came in to pit.

On the restart, Briscoe spun the wheels and Truex pulled away. Christopher Bell worked his way up to second and had a faster lap time than the leader. Meanwhile, Chase Elliott (9) went into the pits after flat-spotting his tires going into turn one.

Truex had a big enough gap between him and Bell to take the stage two victory.

It’s a dogfight for the lead!

Truex and Bell led the pack to green. Larson shot up to third on the restart. The battle for the lead between Truex, Bell, and Larson was starting to heat up. All three drivers were less than half a second from each other. Bell kept trying to get around Truex but couldn’t quite complete the pass. The number 20 put a big block on the 5 of Larson down the front stretch and kept it from going three-wide.

After his pit stop late in the second stage, Elliott started moving through the pack. He had made his way up to the top ten and was starting to gain on the leaders. On lap 54, Erik Jones (43) spun but got back going again, with no caution.

Not shortly after Jones’ spin, Larson and Bell got together heading into turn one. Larson dove under to make the pass and was up on the curb but Bell came down and the two got together. Bell ended up spinning while Larson slowed down and got around him.

I’m not entirely sure who is at fault in this situation. Larson was almost down to the grass and it looked like Bell could’ve had room but they still managed to make contact. So I’m not sure if the number 20 just didn’t know he was down there or what. For the most part, it just looked like a racing incident. There was no caution.

Noted, after the race, Larson did apologize to Bell but he has yet commented on the situation.

Brad Keselowski and Joey Logano got together on lap 56. Keselowski started spinning heading into turn one and collected his teammate who was two spots ahead of him. Both cars had pretty sufficient damage.

The last round of green-flag pit stops came around lap 58. Larson and Truex came in at the same time. In an attempt to get ahead, Larson pulled up almost to the rear bumper of the number 19. He was able to get out of the pits before Truex and took the lead. Daniel Suarez’s (99) bad luck at road courses continues after losing power with only 26 laps to go.

Chase Elliott was storming his way to the front after pitting for the final time. He was only five seconds behind Larson with 9 laps to go. Corner after corner, Elliott was cutting down the time between him and Larson. Now with only two to go, Elliott had a chance. But lapped traffic came into effect. By the time Elliott got around the lapped cars, Larson had pulled away. Once again it was a Hendrick Motorsports 1-2 finish.

Denny Hamlin and Kyle Larson are now tied in the regular-season standings with 917 points.

YUNG MONEY. BIG MONEY.@KyleLarsonRacin with the burnouts after his fifth win of the @NASCAR season, coming at @WGI! pic.twitter.com/sQ1SnopIPk

This is going to be slightly biased simply because Watkins Glen is one of my favorite tracks. I thought the race was great. There were amazing battles up front. Watching Elliott almost pull off another “start from the rear win” is always cool to see. Not to mention the radio-style commentary that NBC does for road courses just makes everything more exciting.

Now with only three races left in the regular season, the battle for the top spot could come down to the wire. If Denny Hamlin could grab a win over the next couple of weeks, he could take it. But if Larson continues to dominate and win as he has it’s going to be tough. 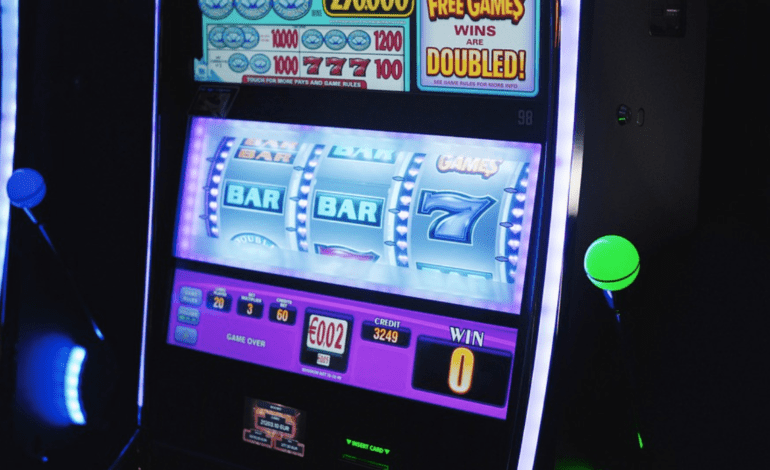 Most Played Online Casino Games in 2021 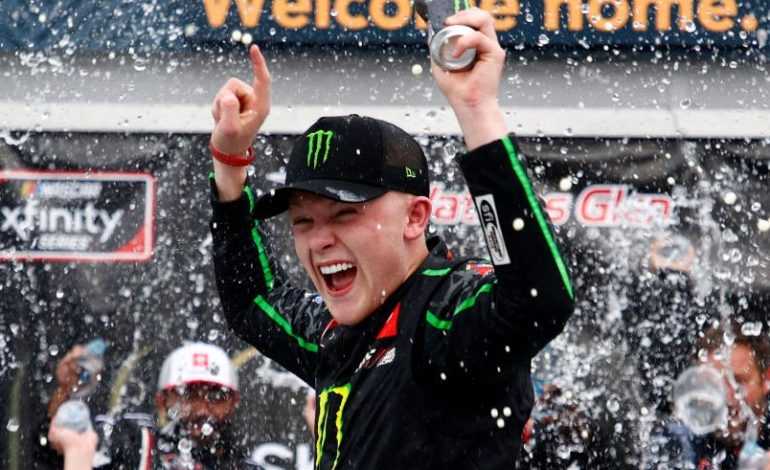