Media day for the Houston Rockets has come and gone and, even though it lacked a bunch of vaccine talk, it was a fairly eventful day. The ‘Kets boast a bunch of exciting new young players, and have quickly flipped from the olde guarde to the shining example of the “youth movement” in the NBA.

Houston enters year two under Stephen Silas with a projected starting lineup that has Kevin Porter Jr., Jalen Green, Jae’Sean Tate, Christian Wood, and Daniel Theis. That’s a starting lineup with an average age of 24 that features zero players from the Rockets’ 2019-20 season, including the bubble.

"I love being here and I want to be here for a while. I need a change of scenery, and they picked me up when I was down." pic.twitter.com/ghkSi4e6Kb

Kevin Porter Jr. was the low risk-high reward trade of the year last season. The Houston Rockets sent Cleveland a second round pick that may never convey for Porter Jr. after he’d had some butting of heads with the Cavs. Before Houston, that was the rap on KPJ. He’d had trouble in his lone season at USC, and his struggles growing up after his father’s death are well-documented. But in Houston, Porter Jr. has been a shining light. Everyone recalls the 50 point, 11 assist game against the eventual champion Milwaukee Bucks, but that was just a part of Porter Jr.’s season.

KPJ developed into both a scorer and a facilitator after returning to the Houston Rockets from the G League Bubble. Per 36 minutes, Porter Jr. averaged 18.6 points and 7.1 assists in Houston. This year, KPJ should be the starting point guard. And after an off-season with Stephen Silas and John Lucas, creates even more scoring per minute and is in the game for more minutes. Houston is done playing John Wall, Jalen Green proved to be a shooting guard at summer league, and DJ Augustin is an aging veteran that has seen his role slowly diminish on the floor (and increase off it) over the course of his career.

But what makes Kevin “Scoot” Porter Jr. sound different this year, and what has Rockets’ fans excited this week, was his press conference. Aside from clarifying that he is indeed six-foot-six (and if you put “anyone that’s listed six-six, I will be taller than them”), Porter Jr. said the Rockets “organization saved my life, potentially.”

In the 2020 off-season, Porter Jr. posted a cryptic and dark Instagram story about seeing “the end of your time.” He later clarified that he was fine, but it stands to reason that hte troubled 20-year-old was in a tough spot. That spot only got worse when he showed up to the Cavalier facilities with a plethora of young guards, or when they demoted him and moved his locker, or when they traded him for next to nothing. But when he got to Houston? Houston decided he could get the keys to run the offense.

His work as a playmaker and creator, as opposed to an off-ball scorer, began as soon as he hit town. When sent to the G League Bubble in Orlando, he was the point guard. Houston trusted Porter Jr., even if the knock in his previous stops was in his trustworthiness. And that’s paying dividends for the team, the fans, and -most importantly- Porter Jr.’s mental health.

“They gave me love and confidence in myself, and motivation to become a better player and person,” Porter Jr. said. “They’ve invested a lot in me, and I try to give them my all to repay them in some way.”

Porter Jr. is young, but he’s one of seven players 21-years-old or younger on the Rockets training camp roster. Amongst that group, he and Jalen Green are the only sure starters. And between he and Green, only Porter Jr. has logged any NBA minutes. Scoot’s impact and leadership are vital to Houston’s success.

Jalen Green was not on the Houston Rockets a year ago, but the rookie enters the season with a bigger chip on his shoulder than anyone from a 17-55 team could have on their own. Green would have been in contention to be the number one overall pick out of high school had he been allowed. Had the G League bubble gotten the notoriety of NCAA basketball, Green may have been the number one overall pick in 2021. In a draft with at least three franchise-changing talents, the path Green was on landed him with Houston as the number two overall pick. And that bugged him. Not because of anything Houston did, but because of what it meant someone else didn’t do.

“I wanted to be the number one pick,” Green told Chris Hayes. “But as for the location, I didn’t want to be in Detroit.”

Green’s goals are lofty, but his game backs it up. Green explodes laterally and levitates vertically as well as anyone in the NBA. Jalen Green dazzled in his limited Summer League appearances, but he was also asked to be a playmaker. As a 20-year-old rookie, Green will be even more effective when the playmaking becomes a shared responsibility. He can let Porter Jr., Wood, Eric Gordon, Tate, or even DJ Augustin start the action while he reads the defense without the ball and gets to his spots on the floor.

The growth of Green will be something the entire NBA keeps an eye on. As the guinea pig for the G League Ignite program, Green will become an endorsement of an indictment. If Green’s development is accelerated, it will undoubtedly be because he “had a head start” with NBA coaching in the G League Bubble. If he stumbles out the gate, it’s going to be because playing in the G League somehow didn’t replicate the pressure of a primetime NCAA game. Either way, this is bigger than just Houston.

“I don’t think they want to put too much on me right now because of the media saying how I’m supposed to take over the team and stuff like that,” Green said. “I think they want it to happen naturally. I’m young, I got a lot of time to learn.”

The tank for Green, whether intentional or not, was entirely spurred by the new Houston Rockets administration after they had to move on from James Harden in January. Further, while Houston didn’t have the number one pick, there was a discussion over who to take second, Green or USC Big Man Evan Mobley. Houston, as an organization, has gone all-in on this plan, centered on this talent. Green’s success is their success and vice versa.

Houston’s dynamic backcourt is a pair of potential stars the Rockets are clearly close. The reports from the G League Bubble, before it was apparent Houston had a shot to draft Green, were that they were friends. Porter Jr. played his college ball at USC, Green is from Southern California. They go in IG Live together, tweet typical early-20-year-old silliness at each other, and have reported they are excited to play together. But their names, Kevin and Jalen, don’t flow very well naturally together. KPJ and JG4 doesn’t have a ring to it, especially when JG4 is wearing number 0.

Kevin Porter Jr. has also gone by “Scoot” for much of his life. With Green’s california roots, maybe the mash up is “Scoot and Snoop?” Or does Green’s bullet-like speed make “Shoot ‘n Scoot” more apt? As a potential franchise savior, does Green make it “Cute ‘n Scoot” or “Beaut ‘n Scoot?”

Kevin “Scoot” Porter Jr. also has called himself the Black Joker, and Jalen Green’s Instagram profile picture is himself in a batman hoodie. Maybe the duo is Batman and the Joker? There was a line in The Dark Knight where Joker tells Batman that he “thinks you and I are destined to do this forever.” In a story that plays heavily on the necessity of good and evil, maybe Black Joker and Batman Hoodie can play off of each other, forever? Or maybe they’re both villains. Maybe it’s Kevin Black Joker Porter Jr. and Jalen Green Goblin.

Or maybe the name is some combination of their names. Porter Jr. has been very specific about including the Jr. and the J in his name when referencing him, but maybe the combination name is “KPJalen.”

Whatever the new name is, let’s hope the Rockets fans have a long time to try several and figure it out.

Christian Wood starts off saying he is "back at 100%". pic.twitter.com/4EQdXZ7ZB6

Last year, when Houston signed Christian Wood, many thought he’d be the third option. As a stretch big, Wood paired well with Houston Rockets All-Stars Russell Westbrook and James Harden. Less than two weeks later, Houston swapped Westbrook for John Wall. Within two months, Houston had moved Harden to Brooklyn. Suddenly, Wood was the man in Houston. And when he was healthy, he shouldered the role well. The Rockets’ losing streak started with his injury and subsequent absence. When Wood played, Houston had a chance. When he didn’t, they didn’t.

In year two of his three-year contract, Wood now understands his role. In many ways, Wood is the most experienced star player that will see the floor for Houston. And in just four seasons before his time in Houston, he had played in a total of 113 games.

Wood is a versatile scorer that can play on the low block as well as outside the perimeter. Where he was best a season ago was as a screener, when he could vary what he did on the roll. If the drop man was too high? Wood attacked the rim. If he was too low? Wood short rolled to the midrange to catch the defense off guard. And if they doubled? Wood could pop to the three-point line to punish the defense. The only flaw in Wood’s first season in Houston was that he could only suit up for 41 games; chronic ankle injuries plagued Wood’s season.

Last season, Wood averaged 21 points and 9.6 rebounds at an efficient 59.1-percent true shooting. But he plans to lead the young guys on both ends.  “I think I’m better than I was last year defensively,” Wood said during training camp. “This year, you should  see me switch onto more ball screens defensively, taking the ball up the court, getting guys into more actions. I just want to be more involved in the offense in terms of just getting everybody involved.”

“We have a young lineup and a young roster. I was the guy to have of of the most years and being one of the better guys on the team. So just being that leader, to show them where they are on the floor defensively and offensively.” 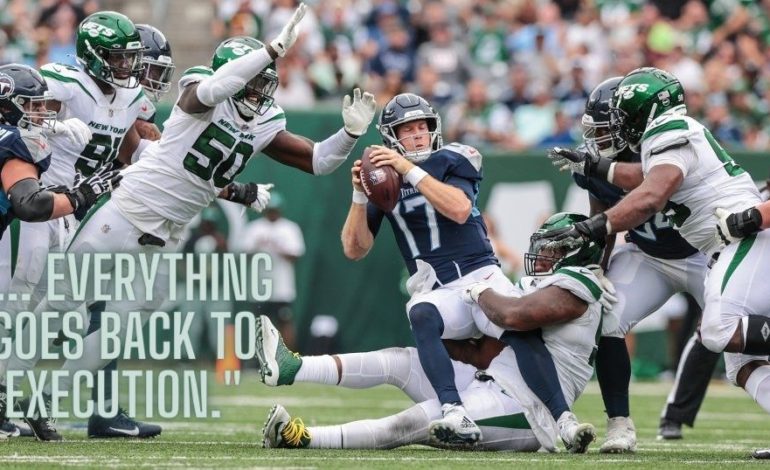