Following a week of Houston Rockets basketball, the Rockets sit at 1-3 and back near the bottom of the Western Conference. After a very hyped-up off-season, there are a lot of disappointed Rockets fans not sure what to make of a season of four games all decided by double-digits. The key question all season long will remain; “Are the Houston Rockets getting better, and thus on the right path?” The unfortunate thing for box-score watchers is that growth for a team with four teenagers may not be in a bunch more wins. It may not even be in having that many more games… But it’s what the Rockets’ Round-Up will be here looking at each week.

It’s not that the games aren’t important at all, nor is it that anyone’s rooting for losses. Losing three times in a week sucks, and losing three out of four games can feel reminiscent of a year ago. The 2020-21 Rockets had a win percentage of .236, the third-worst season by win percentage in Rockets’ history… and only slightly worse than the current .250. But this also feels eerily similar to the 2018-19 season, when the Houston Rockets slept walked through the first two months of the year. Those Rockets finished with a win percentage of .646 and took a healthy Golden State Warriors to the brink for the second year in a row after a season of injured stars. This season could turn around.

Much like that 2018-19 squad, the Houston Rockets appeared to sleepwalk through the game in Minnesota. Every Rocket that suited up played, and the young Rockets appeared to struggle with the speed and physicality of NBA basketball. Houston bounced back in a big way when they got to play another team in their “age bracket” in the Oklahoma City Thunder. From one game to the next, it looked like the game slowed down for Houston between games one and two. Where Houston had trouble keeping Anthony Edwards out of the paint, they kept Shai Gilgeous-Alexander off of his spots. Where Houston struggled with the Timberwolves, they succeeded with the Thunder.

The Boston Celtics are a team with a lot of question marks but are not a young and inexperienced team like Houston or Oklahoma City. The Celtics road the experienced perimeter play-making of Jayson Tatum. When it wasn’t Tatum, the veteran savvy of Al Horford and Dennis Schroder. The Dallas Mavericks, also laden with veterans, may be the most talented team the Rockets have seen and were certainly the team the Rockets showed the most fight against. In the pair of competitive games, Houston looked like they were on par with a pair of playoff teams. Had Houston opened the season with Minnesota playing at the level that they did against Boston and Dallas, they probably are sitting at 2-2 and not 1-3.

Schematically, the interesting trend was that Houston is running similar sets as a year ago but initiating the actions from slightly different spots. Houston aims to get Kevin Porter Jr. on the attack from the wing and free-throw lines extended, where last year the point guards more often attacked from the top of the key. Jalen Green has been operating from the corner areas, rarely going higher than the break. Daniel Theis and Christian Wood play above the Free Throw line, which is an interesting shift from a year ago when Silas had posts in the corner significantly more. Part of the adjustments in Houston may just take time for the guys to get used to. And that’s not a bad thing, either.

While it will be hard for the fans that just follow wins and losses, there will be a lot of moments that define this season that are in between the lines of a box score. For instance, many point to Jalen Green’s thirty-point outing in Game 3 against the Celtics and point out it came in a loss. But that misses out on the eye-opening moment: Against a competitive team with one of the league’s brightest stars, Green rose to the occasion. Sure it was in a losing effort, but Green didn’t shrink. He didn’t look 19. He didn’t look to defer. Green saw Tatum taking over the game, and started taking his own swings; his two big dunks in transition took the roof off, and his eight-for-ten from three-point land showed focus and poise beyond his years.

Similarly, there have been moments from young backcourt teammate Kevin Porter Jr. Naysayers point out that he picks up his dribble on the attack and argue that four games into the point-Porter Jr. experiment it’s a failure… but they miss that a Christian Wood and KPJ pick and roll creates over a point per possession. That in itself is the prescription for a modern point guard; it isn’t the only offense Houston has run as they are learning themselves, but it is as effective as any two-man game in the league this October. The season is an 82-game marathon, and Silas’s Rockets are trying to figure out what all they have in the toolkit. But that combination has been a bright spot.

This season will be full of these moments, even if Houston wins just 30 games. Finding the eye-opening plays, games, and sequences will be where we see the growth in a young Rockets team. In Game 4 against Dallas, Kevin Porter Jr. attacked the cup and picked up his dribble at the elbow. He struggled to eventually find an open Wood late in the shot clock. Progress will be when Porter Jr. begins to regularly keep the dribble alive, find Wood in a natural motion, and the offense continues to move. That may not translate into winning more games in the near future, but it validates decisions made, confirms the direction of the franchise, and is a necessary step in getting this team back.

We mentioned Green and Porter Jr.’s moments, but another one that was palpable came in the form of a hustle play against the Dallas Mavericks. Jae’Sean Tate lays out on the floor to grab a loose ball, flips it up to Kevin Porter Jr., and Porter Jr. ends the possession with a beautiful drop-off pass in transition to Daniel Theis for a dunk. This came with just under six-and-a-half minutes left in a seven-point game. A year ago, it’s hard to imagine the Houston Rockets making that push at that moment. Houston, on the road in Dallas, was playing to win with minutes to go and wanted to make a final push. That’s eye-opening and important.

A number of key members of Rockets twitter seem to advocate against playing Eric Gordon and Danuel House in favor of younger Rockets. To the aggregate’s credit: seeing “DNP – Coach’s Decision” in a box score next to the likes of Armoni Brooks, Josh Christopher, and Usman Garuba is disappointing. Those players are young and developing, and it’s hard to see what they can become without minutes. When factoring in that the Rockets are still losing more than they’re winning, it seems illogical on the surface. Losing while not developing is indeed backwards, but it’s not what Houston’s doing.

Houston has been competitive in the Boston and Dallas games, and was clearly fighting to win in the waning minutes of both contests. A year ago, when rotations and roster moves indicated the Rockets were sluffing games. Houston would have lost their pick had it fallen out of the top four, and losing increased their odds of beginning the rebuild in the summer of 2021. The rotations and rosters to date have not indicated that; playing players more equipped to win now plays hand in hand with where the roster is.

But that is not the only benefit. Playing Eric Gordon and Danuel House now also increases their trade value. A year ago, the Houston Rockets were cellar dwellers. Long-time Rockets still on the roster were damaged goods. But if Houston can show that Gordon and House are still viable rotational pieces for a championship team, it means a greater return when Houston does swap them for younger assets. And that’s the ultimate win-win situation here; if Rafael Stone can get Gordon and House to contenders for youth they have a chance to succeed and Houston goes all-in on the rebuild. When the team blew up in November of 2020, it appeared to damage the reputation of the front office. After 15-years of Moreyball, it appeared Houston had lost sight of the people side of the business.

Morey was a known number-cruncher, but at times that built unsalvagable locker rooms. It meant players could be shipped out without hesitation or warning. It was successful, but it was cutthroat. That attracted big-time names like Dwight Howard and Chris Paul, but it didn’t appeal to role players to fill in the gaps. Since coming into his new role, Stone appears set on shifting that image.

He got Russell Westbrook to a situation he could go back to “old Russ.” He got James Harden to Brooklyn with his buddy Kevin Durant. Stone sent PJ Tucker to a contender and Victor Oladipo to the city he wanted. And all the while he accumulated assets to build the team he wants. With those picks, Stone drafted players with connections to one another. Once Gordon and House have some value, and have played well, don’t be surprised to see them sent to a contender. They’ve played a role in Houston lore and deserve a chance to win at the highest level.

The Questions that Remain

The question that remains is “how good can a team be in a rebuild?” The Houston Rockets have their backcourt of the future, a modern NBA big, and a number of role players who make the hustle plays. They have a number of younger players, like Alperen Sengun, Armoni Brooks, and Joshua Christopher, that have shown flashes of real NBA Potential.

But to some degree, they are a team with eight players under 23-years old. Grinding through an 82-game NBA schedule will be treacherous, and it’s hard to predict how the wear-and-tear will impact players we’re still getting to know. Further, after a week of basketball, we’ve seen Jalen Green show up big against Boston and fade to the back against Dallas. While Green did have less usage in the Mavericks game, he also appeared to be less aggressive. The Mavs stacked bigger, longer defenders on him and made it difficult for him to get to the basket, and he cooled off from three-point-land. Which Green shows up each night? Is it coaching, gameflow, or chemistry?

This team likely goes as Green goes. If Green has a Ja Morant-esque Rookie of the Year, they may catapult themselves into fighting for a play-in or playoff spot. If he has a more traditional Rookie trajectory, they may be looking to draft Green’s next teammate early. 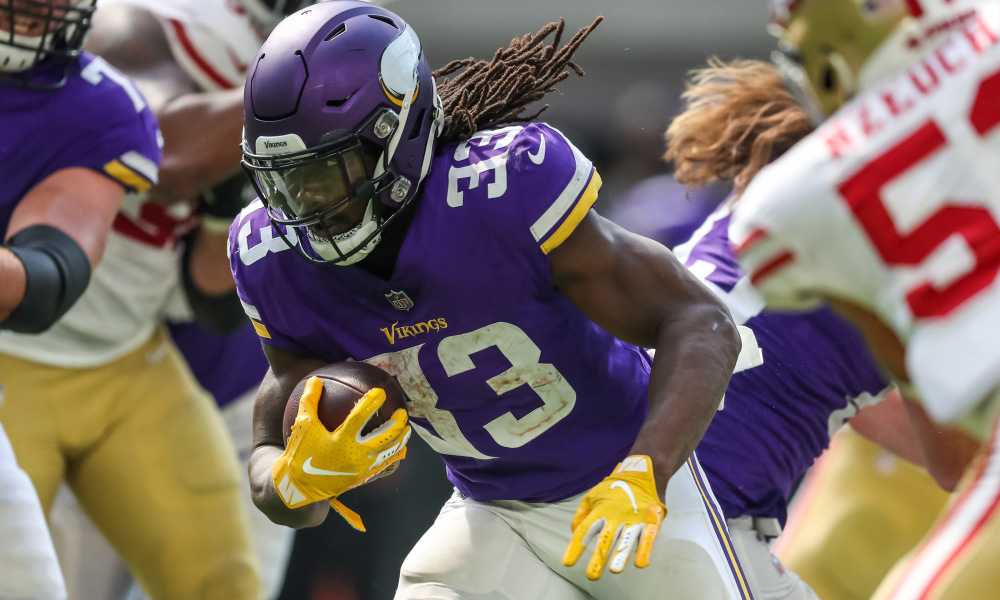 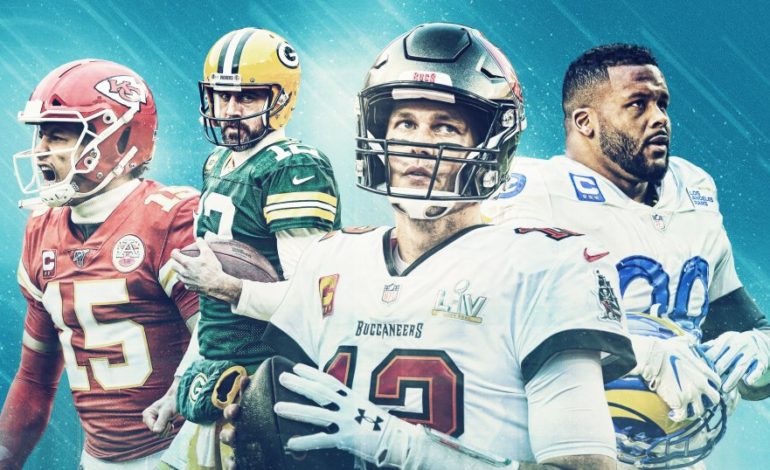