October started on Friday and I decided to observe Sober October this year. No alcohol will touch these lips until November 1st. But the New York Jets tested that resolve on Sunday afternoon with a thrilling 27-24 upset win over the Tennessee Titans. Quarterback Zach Wilson had his best game of the season, finishing 21-of-34 for 297 yards and two touchdowns. Defensively, the Jets recorded six sacks, including two by defensive lineman Quinnen Williams. The Titans forced overtime after quarterback Ryan Tannehill threw a touchdown to Cameron Batson. The Jets received the ball first in overtime and drove the length of the field, but could only manage a 22-yard field goal by kicker Matt Ammendola. The Titans tried to tie the game, but kicker Randy Bullock’s 49-yard field goal went wide left.

What were some of the takeaways from this game?

Zach Wilson has been the subject of mockery over the past two weeks. In this game, however, Wilson showed the Jets and their fans why he was drafted second overall. An interception early in the second quarter had Jets fans feeling blue. But Wilson recovered by leading the Jets on an 11-play, 75 yard scoring drive capped by running back Michael Carter’s first NFL touchdown. The Jets converted on two third down pass plays by Wilson to keep the drive alive. He shined when it counted most in the fourth quarter; Wilson threw two touchdowns in the fourth, including this 53-yard bomb to Corey Davis.

Wilson continued his momentum into overtime, leading the Jets down the field in 13 plays. His 29-yard pass to Keelan Cole on 3rd-and-2 to the Titans’ 27-yard line kept the drive alive.

A absolutely beautiful pass from @ZachWilson

Better Line Play on Both Sides

The Jets were having problems protecting the quarterback and getting to the opponent’s quarterback over the last two weeks. The offensive line was much better protecting Wilson this week, allowing only one sack and one hit. Defensively, the Jets only had six sacks in the first three weeks of this season. This week, the Jets’ front seven feasted on the Titans’ offensive line. The front seven haunted Tannehill all game long, sacking the Titans’ quarterback six times and hitting him 14. Both Williams brothers – Quinnen and Quincy – each had sacks and it’s something of a record as per ESPN beat writer Rich Cimini’s tweet.

Wow: Quincy and Quinnen Williams are the first pair of brothers with sacks in the same game for the same team since sacks became an official stat in 1982, per @EliasSports #Jets

The Jets defense has been the pillar of the team in 2021, but against the Titans, they really showed why. The Titans went on three long drives in the first half to eat up a majority of possession time. All three drives resulted in field goals and the Jets were within a score at halftime. All three drives were ended by sacks by the front seven. The Jets had three sacks in the first half and they continued to dial the pressure on the Titans in the second half and into overtime. Two players who had breakout games were linebacker Quincy Willliams – who had 12 tackles (10 solo) to go with a sack – and defensive end Bryce Huff – who had 1.5 sacks and 3 quarterback hits. Linebacker C.J. Mosley also had a fantastic game with 13 tackles – 10 solo – a sack, and a tackle for loss.

THEY KEEP GETTING TO THE QB 💪

There is one area of concern for these young Jets: finishing the game. They had this trouble all last season and it continues into this season. The Jets had a chance to seal the game after forcing the Titans to turn the ball over on fourth down. On 3rd-and-10, Wilson overthrew Davis on what would have been a first down. The Titans got the ball back with 2:09 remaining and benefited from a questionable DPI and injury time outs by the Jets. Why was it so beneficial? Because the Titans had no time outs remaining. They scored a touchdown and forced overtime with 16 seconds left in regulation. Experiences like these will serve as lessons on how to complete the game and ensuring a win.

Next Game: The Jets will face the Atlanta Falcons in a “home” game at Tottenham Hotspur Stadium in London. This will be the second time ever the Jets will travel to England. Their first time in England was a successful one when they beat Miami, 24-17, on October 4, 2015. Game preview later this week. 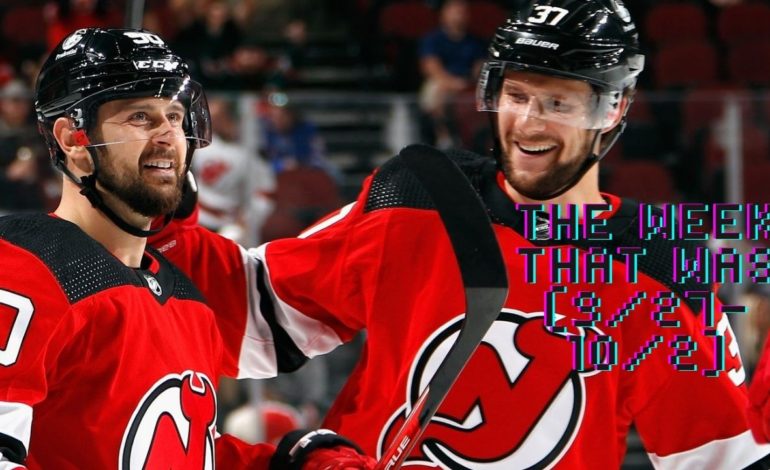