During Monday Night Football, it was announced that Jon Gruden is resigning as head coach of the Las Vegas Raiders. The news came not long after the New York Times dropped a bombshell on the NFL’s head. Emails of Jon Grudens from 2011 were leaked as part of an ongoing investigation involving Dan Snyder in which Gruden used a racial trope to describe the NFLPA’s executive director DeMaurice Smith. Gruden came out with a half-assed apology claiming he “doesn’t have a racist bone in his body,” which doesn’t sound completely honest. However, unfortunately for Gruden, things got much worse very quickly.

Instead of just airing out some of Gruden’s dirty laundry, every skeleton was cleaned out of his closet. Even more emails of Gruden’s were released, and the content was shocking, and quite frankly, disgusting. From 2010-2018, Gruden sent multiple emails containing discriminatory language ranging from homophobia to misogyny to blatant bigotry. He denounced women as referees, NFL players kneeling during the anthem, and even criticized the drafting of gay players.

He indirectly referred to Michael Sam, the first openly gay football player to be drafted, as a “queer,” called NFL commissioner Rodger Goodell a “faggot,” and claimed that Eric Reid should be fired for kneeling. Or, in other words, should be fired for protesting police brutality. Jon Gruden criticized player safety and an abundance of other progressive changes the NFL was making. Chances are that Gruden never thought that his words would come back to bite him. But, in the end, it cost him his job, and ultimately, his career.

Jon Gruden issued an apology along with a letter of resignation via the Raiders Twitter.

“I have resigned as Head Coach of the Las Vegas Raiders. I love the Raiders and do not want to be a distraction. Thank you to all the players, coaches, staff, and fans of Raider Nation. I’m sorry, I never meant to hurt anyone.”

While it’s great that he apologized and “never meant to hurt anyone,” that’s exactly what he did. In less than a week, Jon Gruden managed to offend three different groups of people. He offended women as a whole, African Americans, and the LGBTQ+ community. Yet, some are more upset with the outrage at Gruden than what Gruden said himself. Claiming that cancel culture is the problem and that Gruden has grown since then.

To those people, I would say that you need to grow up. In 2018, when the emails finally stopped, Jon Gruden was 55 years old. He wasn’t some 19-year-old kid who didn’t know any better. I might believe that he’s grown since then if his apology for his DeMaurice Smith comments was even slightly sincere. Not only was his apology lame, but he seemingly lied through his teeth. Plain and simple, this is who Jon Gruden is.

A clueless man who’s stuck in the past with the way he thinks as well as coaches. It’s of the utmost importance that the NFL continues to grow and show marginalized groups that they stand with them. That they show their players, such as Raider DE Carl Nassib, the NFL’s first openly gay player, that hate, bigotry, and discrimination will not be tolerated.

If you’re not a part of the offended party and don’t understand the outrage, I’d recommend contacting someone who is. If you’re more upset at the people who are upset with Jon Gruden rather than Gruden himself, I’d suggest you take a good long look in the mirror and think about why that is.

Goodbye To A Mediocre Coach

Jon Gruden signed a 10-year, $100 million contract with the Raiders back in 2018. His second stint with the Raiders ends just four years into the deal, with a record of 22-31, no playoff appearances, and no winning seasons. It’s safe to say that the Jon Gruden experiment was a complete and utter failure. 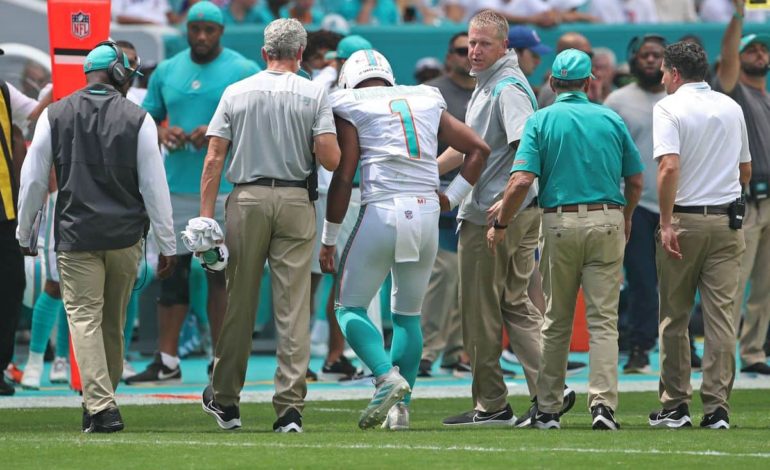