It was a fight that’s been done a million times over. The classic striker versus grappler. And in this battle it went to the cards where Rodriguez beats Dern unanimously, all 49-46 cards. And in doing so, Marina Rodriguez will most definitely find herself in the Top-5 next week. The 34-year old Brazilian stayed in her lane using distance and smarts to take out Mackenzie Dern. It’s only her second loss, both by unanimous decision. It also ends her four-fight win streak.

When on the ground Dern continued to prove just how dangerous she is. She had Rodriguez in what appeared to be major trouble in the second-round trying for multiple submissions and ground and pound. But on the feet Rodriguez used pin point striking to her advantage, in a solid paced fight. It extends Rodriguez’s win streak to three.

Post fight, through her interpreter she said in the second frame “she was never really in a dangerous spot and she needed to pace herself over the five rounds”.

Does Rodriguez have anything for either Rose Namajunas or Weili Zhang right now? Probably not. But another former champion; Carla Esparza, might be next up. “Cookie Monster” herself is on a five-fight winning streak and is without a fight. So it could possibly be done in the beginning of 2022. The Brazilian Dana White Contender Series alum although being a Muay-Thai specialist proved here she can remain calm on the mat. And no one else in the division is as scary on the mat as Dern is. And in that fight, Rodriguez would have a huge height and reach advantage. Plus, Esparza despite her improvements over the last two-years, can be rattled.

Plus the fight would have another wrinkle to it. Esparza snagged a close split decision win over Rodriguez in July of 2020. Which is her only pro defeat.

Head to: Belly Up Sports for all your sports needs. And to follow everything about CYCLONE go to: Facebook. 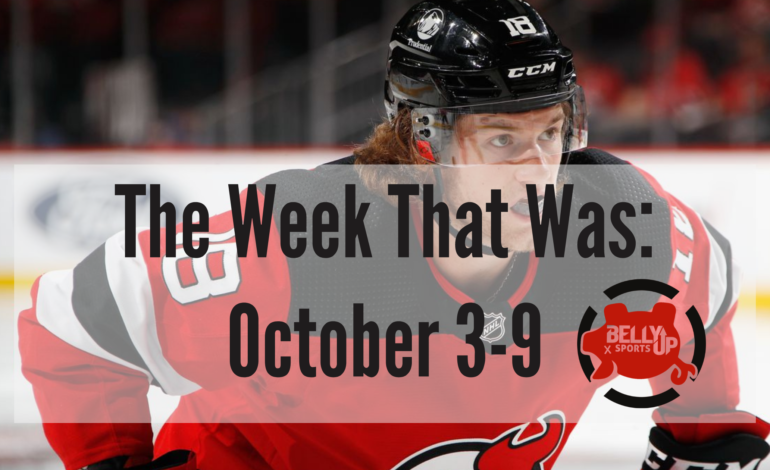