Why Russell Wilson’s 100th Career Win Is So Historic

If you weren’t sold on the idea that Russell Wilson is already a Hall of Famer, you should be now. After his 28-21 win over the 49ers, Russell Wilson became the fastest quarterback to 100 career wins in NFL history. Wilson took to Twitter to celebrate his 100th win by tweeting, “Ready for the next 100.” Not sure if it’ll happen with the Seahawks, but given his track record, Wilson wins wherever he goes.

In his 148th consecutive start, Wilson hit 100 career wins before quarterbacks such as Peyton Manning, Tom Brady, Ben Roethlisberger, John Elway, and many more. What makes his accomplishment so historic is that Wilson’s the only African American among the top 10.

Seahawks’ QB Russell Wilson won his 100th NFL game today and did it faster than any player in league history ever has. pic.twitter.com/Iqc6pU2TIm

Once upon a time, the idea of having a black quarterback as your starter was more than frowned upon. If it weren’t for quarterbacks like Doug Williams, the first black quarterback to win a Super Bowl, Marlin Briscoe, the first African American to start a game in the modern era, Warren Moon, or Steve McNair, the league wouldn’t be where it is today. In more recent memory, players like Michael Vick, Randall Cunningham, Daunte Culpepper, and Donovan McNabb helped pave the way for today’s dual-threat quarterbacks.

On Sunday, October fourth, 2021, 10 of the 32 NFL teams started an African American quarterback. As a side, organizations like the Seahawks and Steelers employ a black backup quarterback, while Texans starter Tyrod Taylor is sidelined on IR. In short, the NFL is more diverse today than it has ever been. And if any quarterback has demonstrated that they’re a bonified winner, it’s Russell Wilson.

In the first nine years of Russell Wilson’s career, he’d never had a losing season. The closest he’d been was in 2017 when the Seahawks finished 9-7. Otherwise, Wilson has perpetually won double-digit games and has made the Seahawks a playoff contender. In year one, Wilson put the Seahawks on the map leading them to an 11-5 record, the playoffs, and a playoff win. In year two, he sealed the deal by winning the Super Bowl in dominating fashion.

Since the Super Bowl, Russell Wilson and the Seahawks haven’t made it past the Divisional round. Most blame Seattle’s offensive philosophy as what’s been holding them back, but sometimes, it’s just the luck of the draw. But no matter how you chalk it up, it’s been almost 10 years since Wilson’s one lone Super Bowl win. And if Wilson hopes to reach another and continue his track record of winning, he may need to do so out of Seattle.

The Seahawks this season, and for the past couple of seasons, have been Russell Wilson or bust. Pete Carroll’s defense has deteriorated year after year, putting more weight on Wilson’s shoulders. Not to mention, as I’ve stated numerous times, the Seahawks offensive line, along with the offensive philosophy and Russell Wilson’s play-style, subjects him to a ton of punishment. Already this season, Wilson is tied for fifth in sacks taken. Given how Seattle’s issues don’t appear to be getting any better, if this season continues as it has thus far, I don’t see Wilson staying with the Seahawks.

Though a shame to see Russell Wilson leave Seattle, at the end of the day, the NFL is a business, and Wilson is in the business of winning. It was reported this past off-season that there were four teams he’d accept trades too. While Seattle doesn’t want to see Wilson go, Pete Carroll may force his hand. Tom Brady left New England, Aaron Rodgers is forcing his way out of Green Bay, and it wouldn’t shock me if Wilson requested a trade if 2021 doesn’t end with a deep playoff run.

Nonetheless, congratulations to Russell Wilson on 100 career wins. A human being who is class personified, humble, and does outstanding work outside of football. No matter where Wilson goes or what he does in his career, we all know he’ll give it everything he’s got. 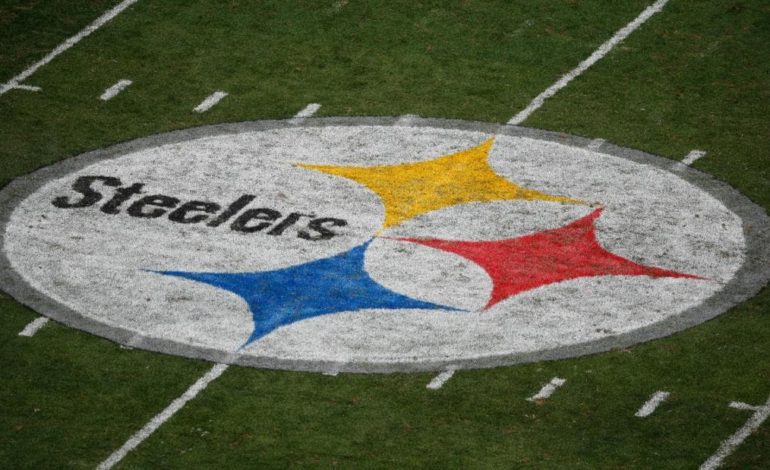 The Steelers Need to Think About Starting a Rebuild