In this week’s edition of the Broons Weekly Update, I think I finally have a good idea of what kinda team the Bruins are. After finally playing more than two games in one week, Boston really has seemed to have formed an identity. Well at least the offense has. Boston’s young defensive core still appears to need some work done.

The Bruins played 4 games last week, which is twice the amount I normally cover on the Broons Weekly Update! The Bruins went 3-1-0 in that stretch. Despite the good record though, the team’s flaws on defense were quite apparent. Defenders were out of position, puck watching, or just being careless with possession. Even in the games where they won, the Bruins defense had some very bad moments.

Now thankfully, Boston has a decent enough offense to counteract a gift goal or even two. But against a top team? Boston’s defense cannot survive at the rate that they’re playing. Boston’s one loss came against Connor McDavid and the Oilers. Now some may say that it’s unfair to bash the defense for not shutting down a guy who literally is a living cheat code, but I was not expecting them to do that.

Against a team like Edmonton, Boston’s defense should be trying to limit scoring opportunities and making sure they’re the ones who spend more time with the puck. It really does sound like simple hockey, but sometimes against great teams, the best thing to do is simplify. Instead, Boston’s defense looked to overthink a lot of their plays. This resulted in the Oilers getting some stellar chances on Boston’s net.

Boston’s defensive play may be enough to get by middle-of-the-road teams or even some playoff contenders, but against the creme de la creme of the NHL, nope. There are blatant holes that need to be filled in Boston’s defense. I do think that their current roster can step it up, but outside help wouldn’t be a bad thing as well. Don’t be surprised if Boston does make a move for a defender.

Now that I’ve gotten my rant out of the way, lets me this Broons Weekly Update a little more fun and talk about goal scoring! The best thing so far about the Bruins’ season has been the scoring depth the team has seen so far. Yes, the perfection line of Brad Marchand, Patrice Bergeron, and David Pastrnak has been tearing it up as usual, but now it seems as if they have help.

Boston has seen some decent play out of their new second line. In the last few games, they have placed Nick Foligno on Charlie Coyle‘s wing. His more physical play appears to be working well for the second line, allowing both Coyle and Taylor Hall to get some decent scoring chances. Boston’s bottom-6 as well has been able to contribute, with both Erik Haula and Tomas Nosek getting on the board for the first time this season.

The defense as well is getting it in the back of the net, but none more so than Charlie McAvoy. So far this season, McAvoy has produced 12 points, putting him in 4th on the team behind the Perfection Line. Some Bruins fans believe that McAvoy could be Boston’s next Ray Bourque, and I am one of them. This might be the most biased take of all time, but if McAvoy can consistently produce offensively like this and continue to be a stud on defense, don’t be surprised if no Bruin can wear a combination of the numbers “3” and “7” ever again.

Now it’s time to talk about the most important game from last week. Boston’s beatdown of Montreal. It’s been almost 2 years since the Bruins and Habs have duked it out, and boy has I missed it. The rivalry might not be that hot right now, but it’s always fun to hear someone cry in a French-Canadian accent. This game was just a blast to watch.

Both Charlie Coyle and Charlie McAvoy boasted 2 goals this game, and each of their first goals was a little out there. McAvoy scored his first goal with no regard for Nick Foligno’s life, just trucking his teammate to score the goal. Charlie Coyle’s first goal was a header with an assist by Jeff Petry. Petry tried to clear the puck, but it ended up deflecting off another stick, into Coyle’s helmet, and then into the net. Just the kind of stuff that only happens when Boston and Montreal play each other.

The game eventually turned into a rout. Boston went up two goals in the 3rd and TD Garden was loving it. The mock Ole chants then began, marking the first time in a very long time it was heard in Boston. It was just a fun time all around, except of course if you were a Habs fan. If that’s the case then LOL YOUR HOCKEY TEAM IS BAD, FLUKE STANLEY CUP APPEARANCE, L + RATIO, AND ALL THAT CRAP. God, I missed this. Come back next week for another Broons Weekly Update! 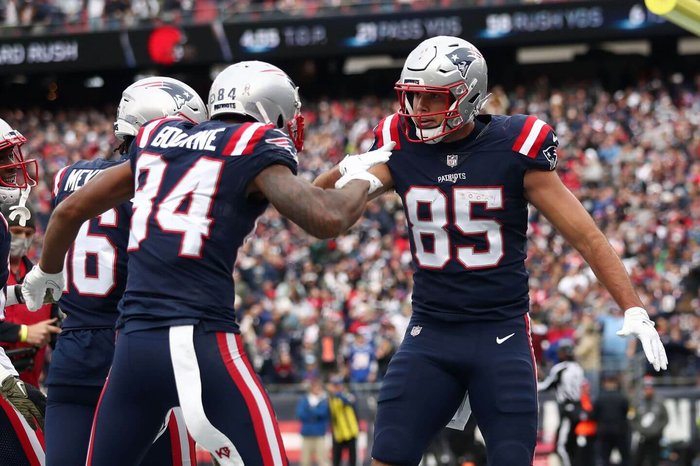 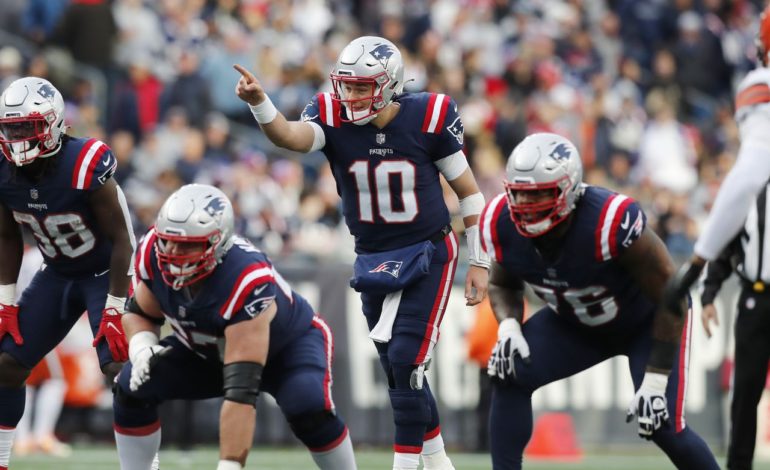