On this week’s edition of the Broons weekly update, we get to talk about just two games again! Thanks NHL schedule makers! Luckily there are some intresting (and painful) Bruins happenings to talk about. Unfortunately though, those happenings are still creating big question marks for the season.

When Detriot came to visit Boston, they surely did not expect to be met with the full might of Patrice Bergeron. The Bruins captain had been receiving some flak due to a little lack of offense to start the season. However, those concerns were easily quashed last Thursday when Bergeron poured on four goals against the Red Wings. This actually then put Bergeron in a tie for leading Bruins goal scorer as well.

Bergeron’s first three goals against Detroit also all came on the power play. Up to that point in the season, the Bruins’ power play had been quite disappointing. Considering that every player but one on the Bruins’ top power-play unit has been to an All-Star Game, one would expect much more production than what was happening on the ice. Against Detroit, that top unit finally seemed to play up to their potential.

Having a good power play is helpful to a team, but having an almost automatic power play is a season changer in the NHL. On Thursday, it almost seemed as though that Boston’s power play was going to score on the power play no matter what. If the Bruins want to have a legitimate playoff run this year, a powerplay like this could almost ensure it.

A Not So Good Defensive Outing

The Bruins then promptly had a horrible defensive game against Toronto on Saturday. If the Bruins want to have a legitimate playoff run this year, defensive play like that against Toronto will ensure that that does not happen. Boston allowed four goals Saturday night (five if you count an empty netter), and all of those goals were easily preventable.

The Bruins still have a very young defensive core so mistakes are still expected. But at the same time, the young talent has proven that they are much better than this. Charlie McAvoy for example just did not have a stellar performance. When he was on the ice it seemed as though the Leafs were getting their most dangerous chances. I’ve seen many Bruins fans scapegoating Derek Forbort already for the poor defense, but Forbort is just one defender.

Boston actually outshot the Leafs by quite a margin, it’s just that the Bruins defense allowed the better scoring chances. The Bruins defense needs to be better. The offense should not have to score four or five goals a game in order to beat opponents by only one. It might be just one game against Toronto, but the Bruins cannot make this become a trend.

Where Do the Bruins Stand?

We’re now in the second week of November and the Bruins have played nine games. Still a little early in the season, but I believe those nine games have given us a good grasp on the 2021-22 Boston Bruins. So far, Boston has been able to handily beat teams that they should be beating. But against tougher opponents, the Bruins are not hitting the mark.

I’m not saying that Boston can’t consistently beat the likes of Florida or Tampa Bay, but they have yet to show they can. The Bruins’ current record against teams in the playoffs is 2-4-0. And one of those wins came against the Sharks, who probably won’t be in the playoffs for very long. However, I would not say that it is all doom and gloom though.

Boston has really yet to be outright routed by an opponent this season. Even when they have been down, the Bruins have still looked like they could easily get back into a game. Boston feels like a team on the edge right now, if the team can fix some small issues, then they will truly have a shot at a deep playoff run. Basically, if players like Jake DeBrusk continue to impress in the bottom six forward lines and if the defense does not consistently lay eggs all season, then the Bruins have a case to be a contender.

And hopefully, I’ll be able to cover more games in the Broons Weekly Update. But this week the Bruins finally have a full slate, so there should be plenty more to talk about. Hopefully, some questions might get answered too. We’ll just have to wait and see in the next Broons Weekly Update. 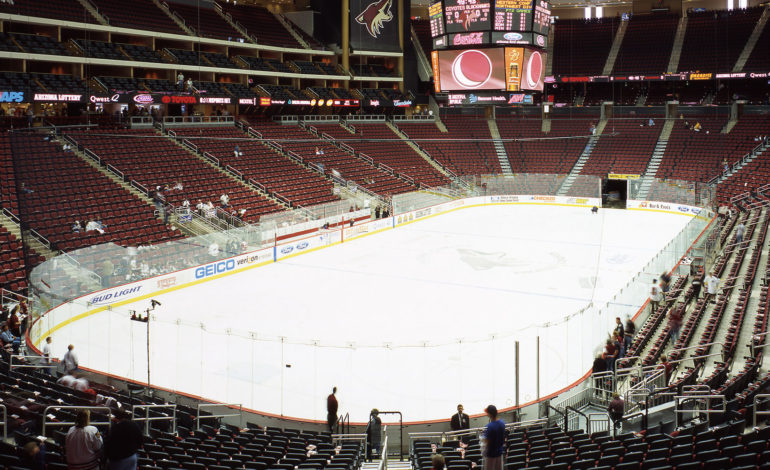 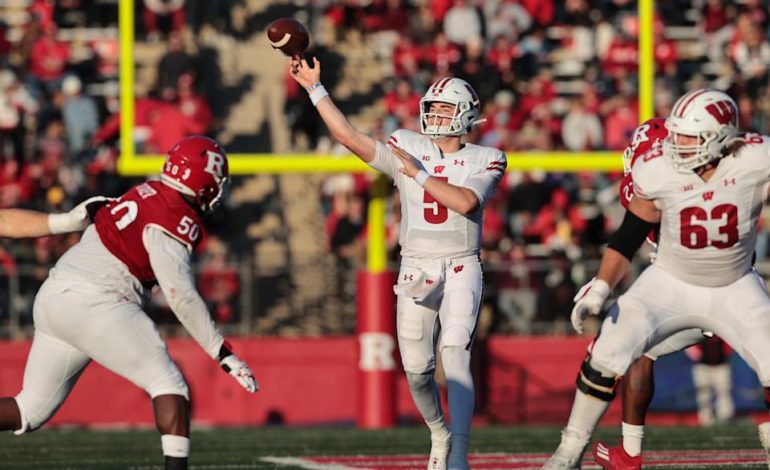 Has Graham Mertz Turned His Season Around?