The Carolina Hurricanes are the only undefeated team left in the NHL. That is not a typo, it is a fact. The Storm Surging, full-size candy bar throwing Bunch of Jerks are 8-0-0 to start the 2021/22 season. It just happens to also be their best start in franchise history. Caniacs around the NHL Universe are buzzing and for good reason. If someone asked any Hurricanes fan right now, they would tell you that this team could be, or even are, special. The Hurricanes have 16 out of a possible 16 points in the season. Furthermore, they have the lone 1.000 win percentage in the league. Rather it is the defense, offense, goaltending, or even special teams, everything is running on all cylinders. It is a full-on category 5 hurricane that’s sweeping the NHL eight games into the season. Right now, it is all looking up and more with this team from the Tar Heel state.

The Hurricanes are a Froce to be Reckoned with

When diving deeper into the early season start for the 2021/22 Carolina Hurricanes, there is a clear indication as to why this team is playing so well. Outside of the offense, the goaltending by Frederik Andersen. The 32-year old Dane has a goals-against-average (GAA) of 1.29 which is unworldly. Andersen is a perfect 7-0-0 to start the season with his most recent win coming today, October 31st, after a 2-1 win over the Arizona Coyotes. He has also accumulated a .956 save percentage along with one shutout. Plus, just his overall game is beyond spectacular. He has only allowed nine total goals in those seven games combined. That is very unheard of in the NHL unless the goalie is just playing on another level. Right now, Andersen is on the hottest start any Hurricanes’ goalie has ever been on.

While Andersen has manned the net for seven of the eight games, Antti Raanta did play a pretty solid game for the Hurricanes against the Chicago Blackhawks back on Friday, October 29th. He did let in three goals but did come out with the 6-3 win over the winless Blackhawks. Furthermore, that was his first win in the league since his father passed away back in August. That obviously gave a greater meaning to the win not only for Carolina but for Raanta himself.

How About that Hurricanes Defense?

One other component to such a Blazing start for the Hurricanes would be the defense. Three of the top ten players on the Hurricanes team to have points would be defensemen. The three defensemen are Tony DeAngelo, Jaccob Slavin, and Brett Pesce. DeAngelo leads the defense in points (9), goals (2), and assists (7). Slavin currently has six points on the season, all assists, while Pesce has one goal and four assists for five points. The last thing that has to be mentioned is the ridiculously good offense that the Hurricanes have right now. It all starts with two young guns, Andrei Svechnikov and Sebastian Aho.

The Kids are Alright

What is there to say about the Carolina Hurricanes young guns of Andrei Svechnikov and Sebastian Aho? Prolific? Of Course. Talented? Obviously. No matter what word people use, these two dynamic players from Russia and Finland are exciting to watch. Aho (24) and Svechnikov (21) are considered the most dangerous young duo in the league. Right from the get-go, these two can score at will and rack up points. Both have the speed, handles, hockey IQ, and just overall phenomenal play that just all eyes be drawn to them.

Svechnikov leads the Hurricanes in not only points (11) but in goals as well (7). That is a fast start for the 21-year old out of Russia already in his fourth season in the league. That is right, he started in the NHL at 18 and has only gotten better. His best season was in the shortened 2019-2020 season where he finished with 61 points (24 goals, 37 assists) in 68 games played. If he is able to have a full season for the first time since his rookie season, there is a chance he will have a career year, at 21-years old.

Now that leads to Sebastian Aho. The 24-year old Finn is currently in his sixth season, all with the Hurricanes of course. He currently sits on the season with 10 points (5 goals, 5 assists). While he is only one point behind Svechnikov, there is a good chance he could have the most assists when it’s all said and done. Although, if he can get close to his 83 points in an 82-game season as he did in 2018/19, the Hurricanes would take that any day. Furthermore, Aho has almost averaged just over a point a game in the last three seasons (83 in 82 18/19; 66 in 68 19/20; 57 in 56 20/21). Any team would love to have a guy like that in Aho.

For the Hurricanes, it has to be a good feeling to have Aho and Svechnikov on the same team drafted in 2015 (Aho, 35th overall) and 2018 (Svechnikov, 2nd overall) respectively. If these two keep up their current pace, the league better watch out and should be put on notice.

What is in the air?

Whatever the case may be, this Carolina Hurricanes team is fun to watch. All four lines just keep attacking, the defense just plays a solid two-way game, and the goaltending is otherworldly. Overall, this Hurricanes team with a Bunch of Jerks is must-watch tv not only in hockey but for sports in general. There is something in the air around PNC Arena in Raleigh, North Carolina. Whatever it is, it is contagious. Contagious, for Carolina Hurricanes hockey.

My name is Zach Martin, the Carolina Hurricanes writer for Belly Up Hockey at Belly Up Sports. Follow me on Twitter for the most up-to-date Hurricanes content and news. I’m a co-host on a hockey podcast, The Lamplighters, that talks about all things NHL and mental health. 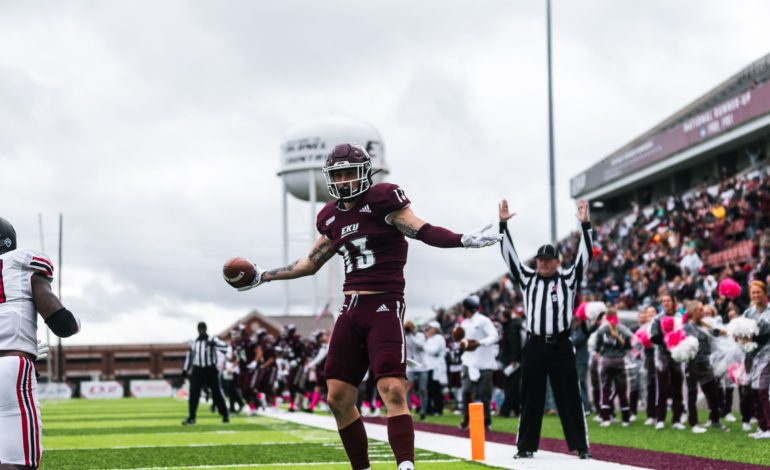 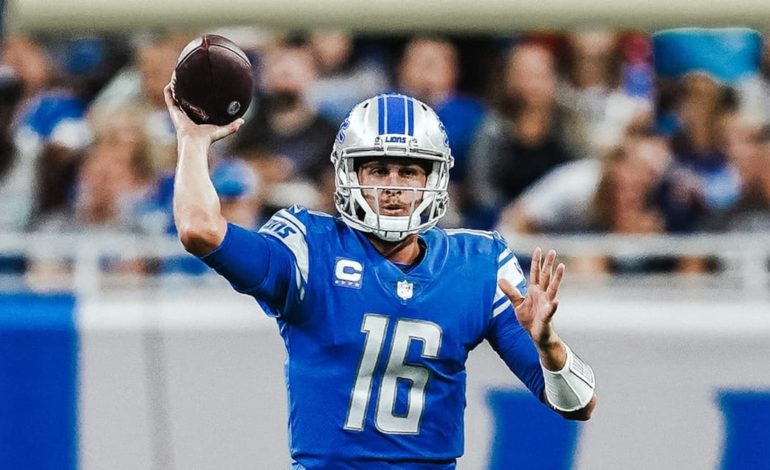 The Detroit Lions Will Not Win a Game in 2021