Loma Wants Those Belts Back

As if we didn’t already know that Vasiliy Lomachenko was back, we know now. And that comes hand-in-hand with one thing. Loma wants those belts back.

After a 12-round white wash over Richard Commey of scores of 119-108 2x, and 117-110, he was asked about the present champion. And the Ukrainian’s response was straight forward.

“I need this chance. If god gives me this chance, I’ll take it. I’ll go anywhere I need to fight him”.

Great boxing display by Loma which puts him in the equation with Haney, Tank & Ryan, even after his LOSS against Teofimo. Respect to Commey, your a warrior and tough as nails. Looking forward to fighting one of these fellow warriors in 2022 downunder 🥊🏟🇦🇺 regards the EMPEROR pic.twitter.com/9PvHuz3Y9n

Now whether Kambosos wants the challenge is another question. All the top dogs at 135 have holes that can be exploited. The fighter with the least, is in fact Lomachenko. Although the now 33-year old isn’t known to have a huge lead in the power punching department, may be changing that. Against Commey; Lomachenko outlanded him there 188-68. In picking up the WBO Intercontinental strap, Lomachenko showed great sportsmanship, yelling at Commey’s corner to end the fight because Richard was done. Although Commey stayed in there, he still got schooled by a master classman.

Loma Wants Those Belts, But Would Kambosos Fight Him Now

The champion has made it clear he wants his first defense in Australia. The first hurdle that has to be cleared is any Covid-19 travel restrictions. But as far as “in ring” goes, Lomachenko shouldn’t be the first choice. Although it would be an amazing fight. The technician would no doubt break down Kambosos. Between the footwork, angles, punches in bunches, the feinting, and the creativity are all next level.

While it’s important to always fight the best, sometimes you need to hold onto a title a bit. While Devin Haney, and Gervonta Davis both won against live dogs, one of the organizations may jump in and throw a monkey wrench into plans to unify. That’s something that even Hellen Keller can see happening. For example, making Jorge Linares a mandatory.

“Tank” obviously has the most dynamite in his hands. But unless he’s willing to tell Floyd Mayweather let’s do it now, it won’t happen. Despite that it would probably make the most money. And the other side would have to worry about the nasty power he has. Haney provides a good solid fight and the best chance to retain the straps and officially add the WBC one.

Between Lomachenko’s foot and hand speed, it’s tough to corral him. And if Kambosos rather take his chances with Haney, where does that leave Lomachenko? There is a name that could match the Ukrainian in hand speed, if not be quicker, and that’s Ryan Garcia. Either way, with or without Teofimo Lopez in the division, there’s a lot of fireworks that will be going off in 2022. And it may close with the belts all being with someone for the second time.

Head to Belly Up Sports for all your sporting news. Then kindly check out: Facebook for all things CYCLONE. 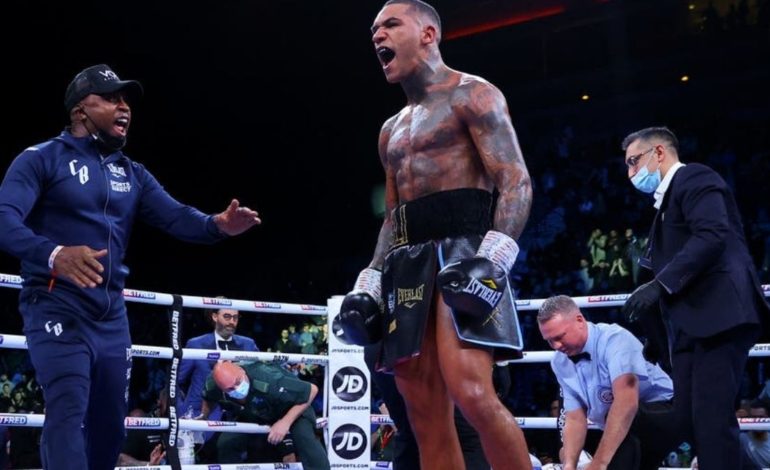 How Good Is Benn; Conor Stepping Out Of The Shadows 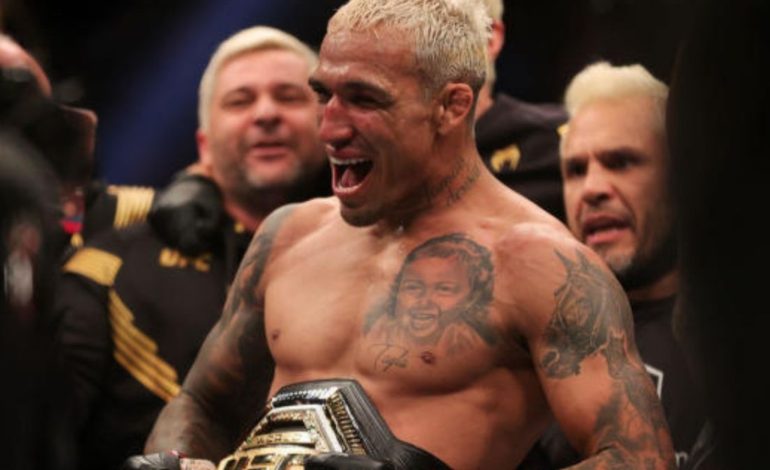