Thursday night, amidst TNT’s coverage, the league officially announced the NBA All-Star game starters. The starters are chosen by a combination of 50% fan vote, 25% media vote, and 25% player vote. With so much say, the fans can really sway the vote. This year, however, the All-Star starters left us with more questions than ever before. Do the first-place Phoenix Suns and  Miami Heat really not have any All-Star starters? Even the mighty voting Slovenia couldn’t make Luka Doncic a starter? And do the Golden State Warriors really have two All-Star game starters? And if they don’t really, what do you do with Steph Curry? Er, I mean Andrew Wiggins?

Andrew Wiggins, taken Number 1 overall in the 2014 NBA draft and immediately traded to Minnesota, was selected to start in his first-ever All-Star Game. Wiggins is now a Warrior, and as a 9-year vet was third in fan voting for front-court players from the Western Conference. He was fifth in player voting, and the sixth pick of the media. But his commanding lead kept the likes of Rudy Gobert, Paul George, and his teammate Draymond Green out of the lineup.

Wiggins’s selection to the All-Star game had NBA Twitter perplexed, and it led to a discussion on the game as a whole.

To his credit, Wiggins is having a career year. While he’s not hitting career highs in any major statistical category, his impact on winning in San Francisco is undeniable. Wiggins operates in a space that is too valuable to call a role player, but he doesn’t elevate the game in a way that a superstar does. In short, he’s just pretty good. But Paul George is very good. Karl-Anthony Towns is very good. Wiggins’ teammate Draymond Green is very good. And fellow Dub and All-Star starter Steph Curry is very very good.

If Wiggins had not been drafted first overall, he likely would be under much less scrutiny. His career is that of a good NBA starter or rotational player that is very much earning his minutes. But a top pick is supposed to be a “can’t miss” guy. Eleven first picks have won NBA MVPs. Eight Top picks have been gone on to win NBA Finals MVPs. Wiggins is getting, somewhat, backdoored into his first All-Star game.

If given the following stats, let’s play “pick the All-Star:”

Yes, Player A scored more than Player B and has the best Defensive Win Share by a noticeable margin. Player B appears to be more well-rounded and on a worse team defensively. Player C isn’t the same defender as A, but is clearly a more impactful offensive player.

Andrew Wiggins is Player A (statistics were going into Thursday night). Players B and C, revealed at the end of the article, are other Western Conference front-court players.

How Did This Happen?

In large part, this happened because the fans have such a heavy influence on who gets in. Wiggins is a good player for one of the most popular teams in the world. Moreover, Wiggins came to Golden State when it was in its dire recent slump. He tried to push for the Warriors, albeit in just 12 games, after getting traded there in 2020 (the season was cut short, and the Warriors didn’t qualify for the bubble restart).

This is evident up and down the ballot. It’s how Lakers’ reserve Carmelo Anthony got more votes than DeAndre Ayton or Mikal Bridges.

But a large, delusional fan base from silicone valley running crazy Twitter numbers (insert bot-conspiracy here) is not the only cause of this. In part, the NBA will continue to ask for these moments as long as they keep the positions split up. The guard positions are notably more crowded, and each conference only gets two guards in the starting lineup. Ja Morant and Steph Curry made the cut, but last year’s starter Luka Doncic did not. The Western Conference-leading Suns’ Chris Paul and Devin Booker were fighting for the same two spots. Voters had to pick 2 of those five to fit in. In the front-court there are three spots and, after a few injuries, in particular, fewer All-Star caliber players.

A fan of the old-school would point out that’s how a traditional starting line-up is built… but it’s not anymore. What “position” is a LeBron James? Like Doncic? Giannis Antetokounmpo? Jayson Tatum? Kevin Durant?

Basketball is becoming increasingly position-less, but the voting for the All-Star game is outdated because it pigeonholes players into certain spots. Thus, when your vote, you can’t vote for Curry, Morant, and Doncic… the third spot has to go to some forward.

Should the NBA Change?

The NBA All-Star game is at another crossroads. In 2016 the country of Georgia nearly got Golden State big man Zaza Pachulia in the starting lineup. The lineup was entirely fan voting, and Pachulia came in fourth place in the Western Conference frontcourt. For the 2016-17 season, the NBA weighted to vote to keep this from swaying the selections. Pachulia, for what it’s worth, was second in fan voting that year. He was 12th in the player vote and received no media votes.

On the one hand, the NBA All-Star Weekend is meant for entertainment. If more fans want to see Zaza Pachulia and Andrew Wiggins then, in the spirit of Maximus, let them be entertained…

But the issue with letting that gladiator battle for votes play out is how many financial ties there are to the All-Star game. Bonuses are handed out to those who make it. Brands take note of the faces of the weekend for sponsorships. If we left it to just the fan votes, we’ve seen that the big market teams will hog all of the All-Star spots even if they’re undeserving. So why would a player stay in the Mountain Time Zone? Sure they may take a small salary pay cut to join a super team… but if it’s the best way to make the All-Star team, it appears that money can be made up.  Inadvertently, this would continue to add the destruction of the small-market title contender.

If there were some way to take away all of the financial incentives to make the All-Star game, perhaps the fans could pick the teams. But as it stands, that’s just going to be another reason for the best players to head to the big cities. The NBA is fighting that battle on enough fronts to indicate the league doesn’t want that, and it appears the All-Star game may be the next campaign.

Whenever we discuss a historic player, we list the career accomplishments. This week we remembered the late Kobe Bryant. Fourth all-time in scoring, a five-time champion, MVP, and 18-time All-Star. The total amount of All-Star teams is an accolade. Fan voting alters that as well. With Twitter and online voting, the reality is the tangible accomplishments of player legacies are being left to voters on Twitter with random players as their profile pictures. And after a week of wild Twitter Spaces, poorly timed tweets about the number 24, and a questionable All-Star starter it doesn’t appear NBA Twitter is ready for the responsibility.

Player B is Houston’s Christian Wood, and Player C is Minnesota’s Karl-Anthony Towns. 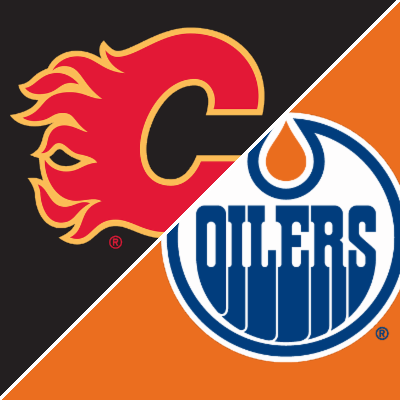 Calgary Flames vs. Edmonton Oilers: Who Comes Out on Top? 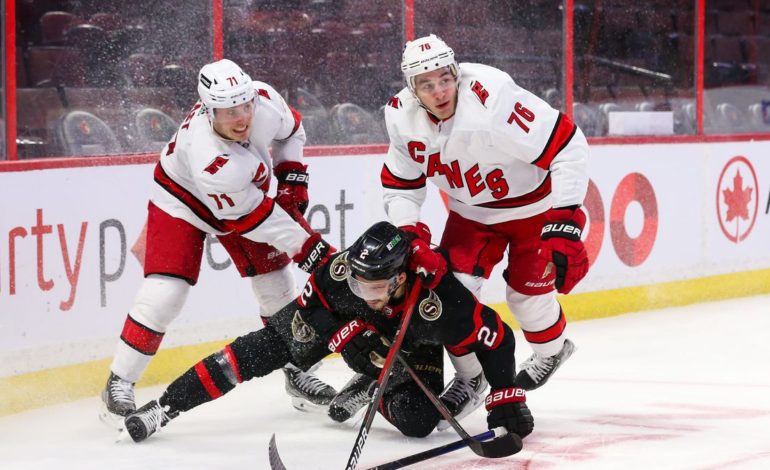 Carolina Brings Back a Win from Canada’s Capital