After firing Joe Judge, the New York Giants will be looking for their fourth coach in five years. Is Eric Bieniemy the best man for the job?

The NFL postseason is upon us. But, for 18 teams, the offseason begins now. We have seen coaches such as Brian Flores and Mike Zimmer get fired from their respective teams, and teams will be looking for someone to fill any voids on their coaching staff.

For the New York Giants, the 2021 season will haunt Giants fans forever. From questionable play-calling to injuries at all positions, Big Blue finished 4-13 and lost their final six games.

As soon as the game ended against Washington, it resembled the final game general manager Dave Gettleman would witness under his supervision. He officially retired the next day, but he should’ve been fired weeks ago. Why you ask? Let’s look at his accomplishments as the Giants GM.

Dave Gettleman legacy
– Drafting a running back at #2
– Making Nate Solder highest paid tackle in 2018 in a never ending contract
– Jones, Lawrence and Baker in 1st round
– Toney 1st round
– 30 million a year for Kenny G and Jackson
– Worse o-line in football
– Destroyed the cap

After Gettleman “retired”, coach Joe Judge was fired a few days later. So, with both positions vacant, the Giants will be looking for the right candidates to help turn this organization around. The best choice to fill that head coaching position? Kansas City Chiefs offensive coordinator Eric Bieniemy.

Let’s take a deeper dive into why he would be the right fit for Big Blue.

Drafted in 1991 by the Chargers, Bieniemy had a memorable college career. He played at the University of Colorado, leaving his mark as the school’s all-time leading rusher. In 1990, he also finished third for the Heisman Trophy.

In all, Bieniemy played eight seasons in the NFL with three different teams. After retiring with the Philadelphia Eagles, he finished with 2,812 all-purpose yards. He also served as a solid kick returner.

After his playing days, Bieniemy went into coaching. He served as the running backs coach for Colorado and UCLA, before going to the pros and working with the Minnesota Vikings.

Late in 2010, he would return to the University of Colorado and serve as the offensive coordinator for three years. Despite being offered the head coaching job in 2020, he declined.

In 2013, the Kansas City Chiefs hired him to be their running backs coach. Andy Reid led the charge to bring him to Kansas City, as he was familiar with Bieniemy back in their days in Philadelphia. Five years later, Bieniemy was promoted to offensive coordinator and succeeded Matt Nagy (who left for Chicago).

How was the Chiefs’ offense under Bieniemy?

Since his promotion to offensive coordinator, the Chiefs offense has finished no worst than sixth in points per game. His first season at his new position was noticeable, as the team led the league with 565 points scored on their way to a 12-4 campaign.

The Chiefs have made the Super Bowl twice in the last three seasons and will be looking for their third appearance this postseason. With Bieniemy calling plays for the offense, the team has averaged 28.2 points per game this season. Another stat worth noting: the 396.8 yards gained per game by the Chiefs is third-best.

Despite the weapons that Bieniemy has at his disposal (Mahomes, Kelce, etc.), he is the engine that drives this offense. His excellent play-calling has led to success, and he deserves a shot at a head coaching job.

So, why is Eric Bieniemy the perfect head coach for the Giants?

The Giants will be looking for their fourth head coach in five years. It’s been made clear that they will search for a new general manager first, and that person will choose the next head coach. Regardless of who it may be, Eric Bieniemy deserves a shot at that position.

Big Blue’s offense was been a sight for sore eyes this season. The team averaged 15.2 points per game this season, scoring no more than 10 points in their final four games. Bieniemy’s offensive playstyle will be a welcoming sight for this Giants squad, who have question marks at every offensive position. Despite the tough task, he is more than capable of taking this head-on.

If Bieniemy does get the job, he may have a say at choosing his own quarterback to work with. Prospects such as Kenny Pickett and Matt Corral may interest the organization to move on from Daniel Jones and start anew. Also, having Saquon Barkley is an upgrade compared to Clyde Edwards-Helaire in Kansas City.

In my opinion, a fresh start is what the Giants need to get back on top. The search for a head coach should look no further than Bieniemy. He’s been waiting years for a shot to be a head coach, and the Giants should take a chance on him.

For more on the New York Giants, check out Belly Up Sports and follow Nathan on Twitter!

I am a journalism student at San Jose State University! I root for the New York Giants and the Los Angeles Lakers (two different areas but I love both of them the same!). I love keeping up with the Ball family and seeing the three brothers succeed, and you can expect more news about them from me! 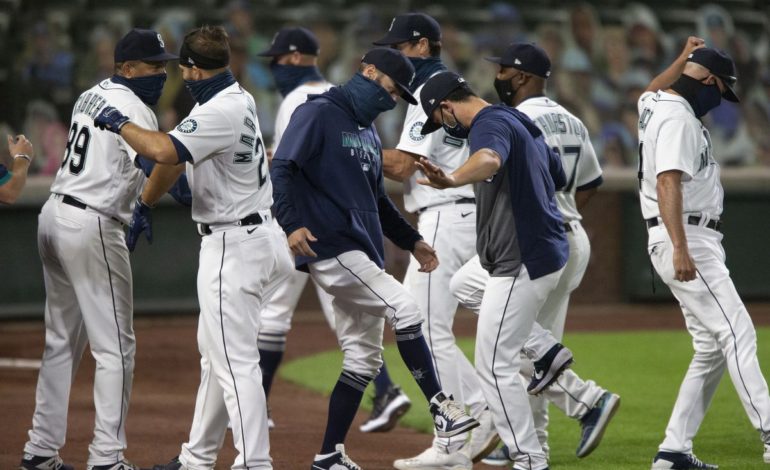 MLB Teams In Need of Comeback in 2022