Last week I predicted the winners of the NFL’s Super Wild Card Weekend and went a perfect 6/6. The games were exciting, dramatic, and high-scoring. In a world where political figures were at one point calling for the boycott of the NFL, the sport has continued to prove why it’s king. The games were a bit more lopsided than I thought they’d be, but everything played out exactly how I figured it would.

The Bengal’s youthful explosive offense was too much for the Raiders to handle. Josh Allen lifted the Bills to a perfect offensive game against the Patriots. The Buccaneers virtually shut the Eagle’s entire offense down. The 49ers went into Dallas and upset a very inconsistent Cowboys team. Kansas City ran over and embarrassed the Steelers in Big Ben’s last game. And the Rams put Kliff Kingsbury right back on the hot-seat after a dominant win.

With the Divisional Round set, I’ve decided to predict the winners who will advance to the Conference Championship. Four games remain, six teams are left, but only four will keep their Super Bowl aspirations alive. Let’s hope my momentum from last week doesn’t wear off for this week’s predictions!

The Bengals finally won their first playoff game since 1990. Joe Burrow and their influx of youth have revitalized the franchise and have it headed in the right direction. I still have questions about their head coach Zac Taylor, and I wonder when the inexperience of the Bengals will catch up to them. Unfortunately for Cincinnati, I think their inefficiencies will catch up to them on Saturday. I’m taking the Tennesee Titans to advance to the Conference Championship.

I don’t believe the Titans have more talent than the Bengals. However, Mike Vrabel isn’t just my NFL coach of the year, but I also think he’s a tier above Zac Taylor. The Titans have had the most injuries in the league, including losing Derrick Henry in week eight, and yet, they still won the #1 seed. Mike Vrabel sees every aspect of the game, adjusts accordingly, and has kept the Titans competitive despite their historic injury report. In a matchup like this, experience, defense, and coaching matter a hell of a lot more than it matters in the regular season. The Titans have the edge in all three categories and could make life hard for Joe Burrow.

Speaking of Derrick Henry, he’s participating in padded practices just 12 weeks after breaking his foot. Henry’s diagnosis set his most likely return at ten weeks. Knowing their position, the Titans felt an urgency to win the #1 seed. In doing so, not only is their team as a whole more rested, but they’ve given Derrick Henry even more time to get healthy. As of Wednesday morning, the Titans haven’t stated whether or not Henry is going to play. Although, he is participating in padded practices.

Nonetheless, Henry or no Henry, I’m taking the Titans to win. For as long as Mike Vrabel is their head coach, especially with a week to prepare, I’ll put my money on his team.

Mike Vrabel & the Titans on 8+ days rest are scary 👇 pic.twitter.com/x0JwHzQGr3

This season didn’t exactly pan out the way the NFL universe thought it would for the Chiefs and Bills. Instead of seeing two dominant offenses dropping 35 points every week, we saw inconsistency and bunches of turnovers. Both Josh Allen and Patrick Mahomes set their career highs in interceptions this season. If it wasn’t for their defenses stepping up in huge spots, both teams could’ve missed out on the playoffs. But, by hook or crook, both teams have made it to the Divisional round.

Both the Buffalo Bills and Kansas City Chiefs are coming off dominant first-round wins. The Chiefs beat a Steelers team that no one in their right mind gave a shot, while the Bills shockingly pummeled Bill Belichick’s Patriots into submission. This game will feature two of the game’s best young quarterbacks, Patrick Mahomes and Josh Allen. Both offenses can go nuclear, and both defenses ranked in the top ten. In the end, however, I’m taking the Chiefs to advance to the Conference championship.

Keys to a Chiefs Win

The Chiefs come into this game with two edges against the Bills. They have Super Bowl experience, and Mahomes has the superior offensive line protecting him. Both teams have great pass rushes ranked in the top six for both pressure percentage and QB hurries. However, when one team possesses an o-line ranked 12 spots higher than the other, it bodes well for future success. If the Chief’s o-line can protect Mahomes long enough for Tyreek Hill and Travis Kelce to get open, it’ll be a long day for the Buffalo Bills #1 ranked defense.

The Chiefs know what it’s like to face real pressure in the playoffs. Whether it’s being down 24-0 in the Divisional round or being down ten in the fourth quarter of a Super Bowl, pressure isn’t something that affects this team. This game could very well come down to which quarterback blinks first. But in the end, I’m taking Patrick Mahomes to best the Tre’Davious White-less Bills defense.

The 49ers are riding high after a massive win in Dallas. Unfortunately for the 49ers, the injury bug won’t leave them alone. During their game against Dallas, they lost defensive end Nick Bosa to a concussion and Fred Warner to an ankle injury. While Warner’s predicted to play against Green Bay, Nick Bosa will have to clear concussion protocol. The Pièce de résistance is that Jimmy Garoppolo has sprained his throwing shoulder, on top of already having an injured thumb.

Though Jimmy G is “confident” he’ll play, there is a chance that his shoulder makes him too ineffective come game time. Meaning, Trey Lance might make his third career start in the playoffs against Aaron Rodgers. The last two times the Packers faced a fully loaded 49ers team, the games weren’t even competitive. The 49ers humiliated, ran over, and physically dominated the Packers from start to finish. However, this season’s 49ers squad is much different from their 2019 team.

Nonetheless, whether it be Jimmy G or Trey Lance, I’m taking the Packers to win.

Keys to a Packers Win

The Packers have one of the most well-balanced offenses in the NFL. Both AJ Dillon and Aaron Jones have over 750 rushing yards, and Aaron Rodgers has played at an MVP level. Meaning the 49er’s defense, with or without Warner and Bosa, won’t be able to focus on just one aspect of Green Bay’s offense. The Packer’s offense plays complementary football, their defense and offense are hoping to get some starters back, and maybe more than anything else, they’re healthier at the most pivotal positions. Not to mention, in a battle of head coaches, I’m taking Matt LaFleur over Kyle Shanahan.

Kyle Shanahan is the king of calling the wrong plays at the wrong time. Whether it be Super Bowl 51, Super Bowl 54, or even last week’s playoff game versus Dallas, Kyle Shanahan loves calling passing plays in obvious run situations. I don’t trust Kyle Shanahan to break his tendencies against a well-coached Packers team. Matt LaFleur may never receive the credit he deserves because his quarterback is Aaron Rodgers. But no matter how you slice it, Matt LaFleur is a bonafide winner.

He’s the first head coach in NFL history to win 13 games three straight years and has gone to back-to-back NFC championship games. His team is healthier, his team is better, and they will go to a third straight NFC title game.

The Rams are coming off a dominant win over their division rival Cardinals in a game that got out of hand quickly. The Rams were superior in every aspect of the game. Cam Akers provided a spark to their run game, which has been inconsistent, to say the least, all season long. Meanwhile, the Buccaneers beat down and embarrassed the Philadelphia Eagles. Unfortunately for the Bucs, the injury bug continues to plague them. Both their starting Center and Right Tackle aren’t participating in practice.

In my previous prediction-based article, I stated that I’m not one to bet against Tom Brady. This time around, however, I’m taking the Rams to send the reigning Super Bowl champs home.

Keys to a Rams Win

My keys to this game are similar to their game against Arizona. Matthew Stafford needs to avoid turning the ball over, and their defensive line needs to put pressure on Brady. The secret to beating Brady throughout his career has been to pressure him, especially up the middle. Thanks to Aaron Donald, Von Miller, and Leonard Floyd, I believe that they’ll do so. If the Rams can protect Stafford and make Brady uncomfortable, I don’t see how the Rams lose this game.

If the Rams can find a serviceable run game against the Bucs, it would only benefit Stafford. Becoming one-dimensional allows the Bucs pass rush to focus on getting after Stafford. If the Rams can force the Bucs front seven to respect their running game, the Rams motion offense becomes even more dangerous. There’s always a chance that Brady pulls off another miracle, but I don’t see it happening this year.

I was 6/6 last week, and I’m hoping to continue my streak! 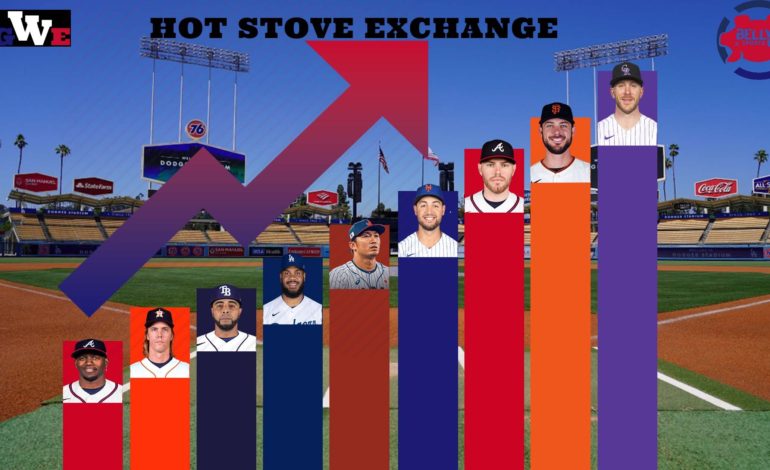 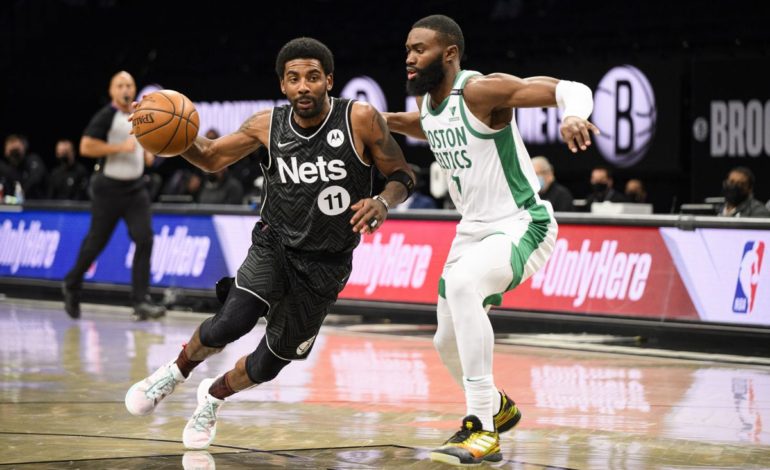